Two celebrations in honor of the mathematical expression Pi are known as Pi Day: “Pi Day” and “Pi Approach Day”.

This celebration was an initiative of the physicist Larry Shaw, in San Francisco (California), and has been gaining in popularity, to the point of having in 2009 a favorable resolution of the United States House of Representatives, in which officially declared March 14 as National Pi Day.

Due to the way the date is written in the notation used in the United States, March 14 (3/14) has become an unofficial celebration for “Pi Day”, which has been derived from the approximation of three digits of pi: 3.14. Usually, the celebration is concentrated at 01:59 pm. m. (in recognition of the six-digit approximation: 3.14159), although some people claim that it is actually 1:59 PM, so the correct thing to do would be to celebrate at 01:59 AM. 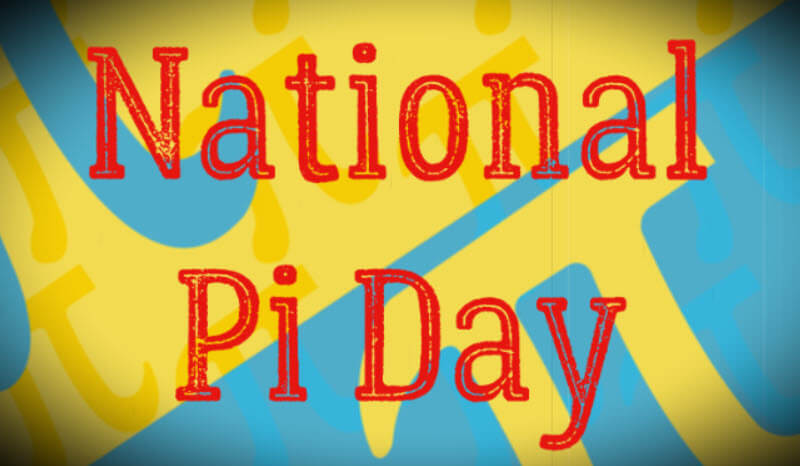 Mathematicians and teachers from various schools around the world organize parties and meetings on this date. The date is celebrated in many different ways: some groups meet to discuss and comment on the importance of pi in their lives, exchange anecdotes or theorize what the world would be like without the knowledge of pi. Other groups gather to see the cult film Pi Faith in Chaos / Pi, Order of Chaos, by Darren Aronofsky, which talks about this number and also about the phi number. π; Another word game, because in English, both pi and pie (pie) have the same pronunciation.

Some enthusiasts are quick to point out that this day also celebrates the birthday of Albert Einstein and commemorates the death of Karl Marx, and more recently, Stephen Hawking. Another curious fact is that the famous Massachusetts Institute of Technology (MIT), recognized for its unusual approach to mathematics, usually sends acceptance letters to its future students in such a way that they are delivered on this date.

In Spain, several institutions are added to this day, including the Eduardo Torroja Institute of Construction Sciences. The reason is that the floor of the building that houses it is shaped like a pi.

The “Day of approximation of pi” can be marked on any of these dates:

We have with us some of the best National Pi Day quotes that make for a wonderful sharing with your family and friends. Share these Pi Day messages on Facebook, WhatsApp.