Who is Edmond Dédé? Our page that provides brief information about the life and achievements of Edmond Dédé, a Creole violinist and composer.

Edmond Dédé, born November 20, 1827 in New Orleans and died January 4, 1901 in Paris, is a Creole violinist and composer, father of Eugène Dédé.

Edmond Dédé was born on November 20, 1827 in New Orleans, to a free Haitian family from the French West Indies. Because he was born in the United States, his first name can also be written “Edmund”.

His father, who was the leader of a militia band, gave him his first clarinet lessons. Dédé then learned the violin, which he worked with Constantin Debergue, director of the local Philharmonic Society, and Ludovico Gabici, director of the St. Charles Theater orchestra. He perfected himself by studying counterpoint and harmony with Eugène Prévost and Charles Lucien Lambert. 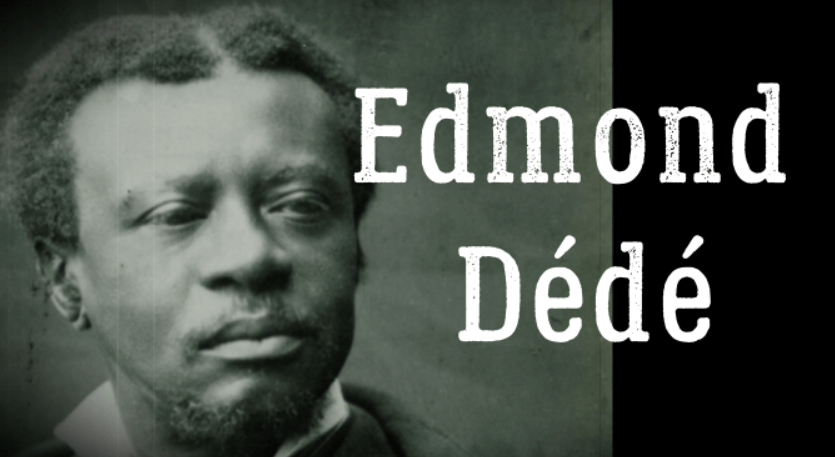 In 1852, he published his first work, the melody My poor heart, which is also the oldest musical piece written by a Creole musician of color from New Orleans. He worked as a cigar maker and, with his savings, sailed for Europe in 1857.

In France, he is an auditor at the Paris Conservatory, studying with Delphin Alard and Fromental Halévy.

“In this enlightened capital, where people are always well disposed towards misfortune and talent, Edmond Dédé has found sympathy and help. “

In the early 1860s, Edmond Dédé went to Bordeaux to take up the post of assistant conductor of the ballet at the Grand Théâtre. In a few years, he found a job at the Alcazar theater in Bordeaux-Bastide (currently 13, place de Stalingrad), a popular café-concert in the city, which he directed for 27 years. Later, in the 1870s, he worked at the Folies Bordelaises.

In 1864, Dédé married a Frenchwoman, Sylvie Leflet, and settled in Bordeaux. In 1867, they had a son, Eugène Dédé, who became a music hall conductor and composer of popular songs.