ACADEMY, Plato’s school in ancient Athens. The name later was adopted by similar schools and still later, in a more general sense, by other institutions.

The name “academy” now is applied to any of the following: a school above the primary level, usually a private high school or college; a school in which special subjects or skills are taught, such as military training, riding, or dancing; or a learned society devoted to the promotion of art, science, or literature. 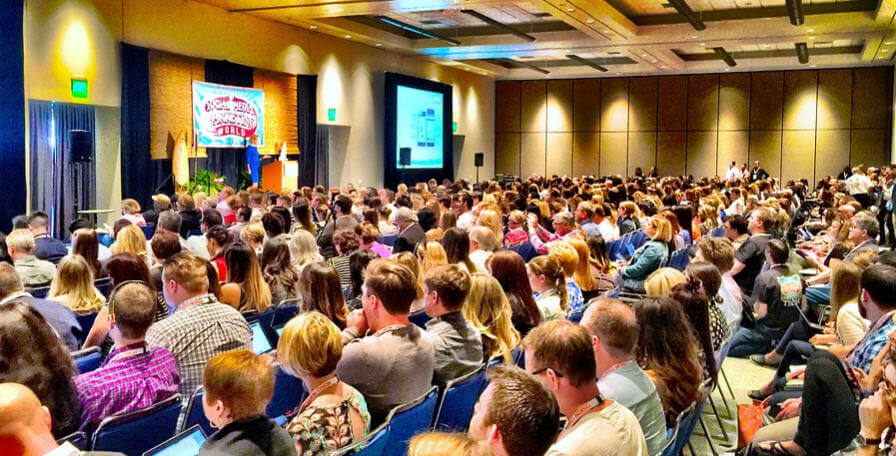 The first academy was a voluntary association ostensibly devoted to worship of the Muses but actually a school of philosophy. Plato founded it in 387 b.c. He met with his pupils and friends in a public garden northwest of Athens, not far from the city. The garden was said to have belonged long before to a man called Academos, a local hero of the Trojan War. In the 5th century b.c. the house and garden were the property of Cimon, who not only improved the place with walks and fountains but opened it to the public, bequeathing it to the city at his death. Here Socrates delivered orations and Plato taught philosophy, his followers being known as Academists and his school as the Academia.

The schools that subsequently were opened by Plato’s followers were known by the same name and modeled on the original group in Academos’ garden. They survived in similar form for almost nine centuries, until Justinian abolished the academies and confiscated their property in 529 a.d. Cicero, a devotee of Greek learning, named his villa near Puteoli “The Academy,” and it was there that he wrote his Academic Çuestions and other dialogues based on discussions between the members of the groups of learned guests whom he entertained there.

The academies of antiquity are considered to fail into three distinct categories— (1) the Old, Plato’s original foundation, which was continued by Speusippus, Xenocrates of Chalcedon, Polemon of Athens, and Crates; (2) the Middle, founded by Arcesilaus (316-241 b.c.), Crantor’s pupil, who broke away from the older group; and (3) the New, a short-lived group formed by Carneades (214P-129 b.c.).

The academy in the sense of an association for the protection or advancement of knowledge emerged as Greek civilization declined. At the beginning of the 3d century b.c., Ptolemy I founded the Museum at Alexandria, the first association of its kind. The Museum was devoted to the encouragement and cultivation of letters and science, and to it came scholars of outstanding brilliance; its valuable collections of books and treasures were the germ of the great library of Alexandria. Establishments for the preservation and encouragement of learning were founded by the Arabs from Cordoba to Samarkand, following the example of the Christian and Hebrew foundations that had been laid in Babylonia, Palestine, and Armenia.

In 782 a.d., Charlemagne, influenced by the Anglo-Saxon churchman Alcuin, started an academy in his palace; it was a meeting-place of learned men who came there to discuss and to teach. An institution for the advancement of science was started at Constantinople by Caesar Bardas in the 9th century. At the end of the 13th and the beginning of the 14th century, many academic societies were established in southem France and in Italy, mostly devoted to the cultivation of poetry.

One of the most famous of the medieval academies was the Academie des Jeux Floraux (Academy of Floral Games), started by troubadours in May 1323. It was devoted to literature and the arts, and after the reading of the works by their authors a prize of a golden violet was awarded to the work judged the best. In 1500 it was firmly established, and its permanence was secured by private patronage; in 1694 it was incorporated as an academy by letters patent of Louis XIV.

The downfall of the Byzantine empire in the 15th century brought Greek scholars and a revival of Greek literature to Western Europe, and from this time on many new academies sprang up, first in Italy and shortly afterward all over the continent. The Accademia Pontaniana (named after Pontano, its principal benefactor) was established in Naples in 1433, and soon after 1438 the Accademia Platonica was founded in Florence by Cosimo de’ Medici, whose grandson Lorenzo (1449-1492) continued to patronize it. It was in Lorenzo’s palace in Florence or his villa in Fiesole that the members met, modeling their discussions on Plato’s Symposium. The academy expired in about 1499 but was revived twice, the second time in 1540, for the purpose of studying the Italian language.

Ali over Italy similar academies were coming into existence, many of them with curious names, such as Academy of the Dead, of the Smokers, of the Hidden, of the Fantastic, of the Humorists. Most of them were endowed by wealthy patrons, and the most famous of them was the Accademia dei Lincei (the Lynxeyed), which was founded in Rome in 1603 by Prince Federico Cesi. Closed at his death, it later was revived and is in existence today.

Another early Italian academy was the one formed by a group of scholars under the patronage of Alfonso V of Aragon in Naples, mainly for the consideration of literary style. Another was founded in Venice by Aldus Manutius. It counted Erasmus among its members and was largely concerned with the printing of the classical texts produced by Manutius.

By 1725 more than 600 Italian academies were in existence. Of these the most influential and the longest-lived was the Accademia della Crusca (chaff), which, with the aim of purifying the national language, was founded by the poet Grazzini in Florence in 1582. His dictionary, first published in 1612, stili is considered the authority for the Italian language. The academy stili survives under its own name, although it became incorporated with two others. As a general rule the academies of the Renaissance differed from those of modern times in that they did not devote themselves to the publication of memoirs or transactions that would make permanent their contributions to learning but they were remarkable rather for the scholarship of their individual members and their encouragement of learning.

Between the 16th and 18th centuries a change took place in the basis of the academies. Gradually they became societies of men of learning who came together for the exchange of opinions and for the fostering of knowledge, rather than groups gathered under the patronage of some wealthy individual. One of the most famous and important of these is the Academie Française. It was founded in 1635 to develop a national French language and safe-guard its use. This academy and four others now make up the Institut de France.

In England the Royal Society was suggested originally as “King James, his Academie or College of Honour,” then as “The British Academy.” It finally was chartered under its present name in 1661. The Royal Society always has been devoted primarily to expanding knowledge in the sciences. Consequently, in 1901 the British Academy was founded to provide for history, philosophy, and the arts. The Royal Society for the Encouragement of Arts, Manufactures, and Commerce (now the Royal Society of Arts) was founded in 1754. It is the only society in Britain that does not concern itself with special aspects of knowledge, although by now it has somewhat narrowed its original extremely broad flelds of interest.

The Preussische Akademie der Wissenschaften in Berlin (Prussian Academy of Sciences until 1946; afterward, the Deutsche Akademie) was established by Frederick I in Berlin in 1700. The Real Academia Espanola was founded in 1713 by the Duke of Escalona to protect the Spanish national tongue. Like the Crusca in Italy, it published the great national dictionary and also a grammar of the Spanish language. In Sweden a private society started by Linnaeus and a few other scientists in 1739 became, two years later, the Kungl. Svenska Vetenskapsakademien (Royal Swedish Academy of Science). In the Netherlands the Academia Lugduno-Batava, now the University of Leiden, was established in 1575 through the generosity of William of Orange. The Akademiya Nauk, Russia was founded in 1724 as the Imperial Academy of Sciences. It is affiliated with a large number of dependent institutions, with branches in many parts of the Soviet Union. The academy issues a wide range of publications.

The first learned society in America was founded in 1743, when Benjamin Franklin published “A Proposal for Promoting Useful Knowledge among the British Plantations in America.” This led to the establishment, in the same year, of the American Philosophical Society. Franklin was its first secretary and held office as president from 1769 until his death in 1790. The society has published its Transactions since 1771, and its Proceedings since 1838. In 1780 the American Academy of Arts and Sciences was founded in Boston, its main interests are the antiquities and natural history of America, and it has published its Transactions since 1785.

The Academy of Natural Sciences of Philadelphia was founded in 1812 for “the acquirement, increase, simplification and diffusion of natural knowledge.” It maintains a museum of natural history and fumishes papers and periodicals on scientific subjects.

The New York Academy of Sciences was founded in 1817 as the Lyceum of Natural History (the present name dates from 1876) for the advancement of science.

The American Association for the Advancement of Science originated in a society called the Association of American Geologists and Naturalists, resolving itself into the present organization in 1848. its general aims are to further the work of scientists, facilitate cooperation among them, and improve the effectiveness of science in the promotion of human welfare. It publishes Science, a weekly.

The National Academy of Sciences was chartered by Congress in 1863 to investigate and report on scientific questions. its library now is combined with that of the National Research Council.

Other scientific societies include the Franklin Institute in Philadelphia, founded in 1824 to advance learning and public education in science and industry, and the Academy of Science of St. Louis, organized in 1856 for the promotion of science. The latter has a library of about 70,000 volumes, chiefly scientific periodicals, and publishes Transactions.

In other special fields there are such foundations as the American Academy of Political and Social Science, founded in 1889, and the Pennsylvania Academy of the Fine Arts, established in 1805, which has a school for the study of the fine arts and sponsors annual exhibitions.

The New York Academy of Medicine, founded in 1847 and incorporated in 1851, has 12 sections, each concerned with a special branch of medicine or surgery. its general aims are the promotion of the science and art of medicine, the maintenance of a public medical library, and the promotion of public health and medical education.

The Royal Society of Canada, modeled on the Royal Society of London and on the French Academy, was founded in 1882. One of its purposes was to counterbalance the emphasis likely to be placed by a pioneer country on material things. The society also hoped to achieve the completion of national collections in various fields. Since geology already was well represented, the society was to pay particular attention to archives, paintings, and objects illustrating ethnology and all branches of natural history. The National Museum, the National Archives, and the National Gallery, owe their foundation in a large measure to the efforts of the Royal Society.

The Association Canadienne-Française pour l’Avancement des Sciences, in Montreal, was founded in 1925 and chartered in 1931 for the promotion of science and scientific education. A federation of 51 societies, it grants funds for special studies and for the publication of scientific memoirs in French.