Who is Tycho Brahe? Information about Tycho Brahe biography, life story, works and contributions to astronomy. 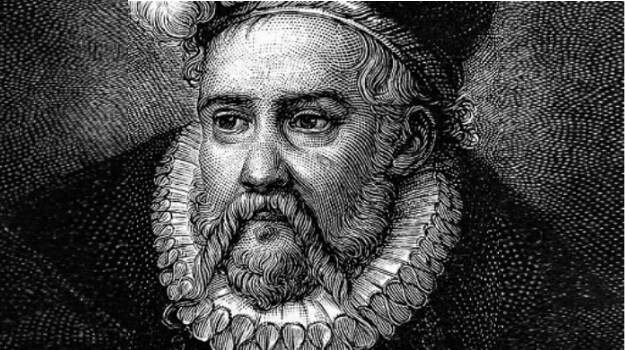 Brahe was born at Knudstrup in Skane, Denmark (now Skâne, Sweden), on Dec. 14, 1546. His father was a nobleman, the governor of Helsingborg Castle, and his mother was in charge of the Queen’s court. The most important figure in his early years, however, was his uncle, an important admiral in the Danish fleet, who was childless. The uncle wanted to adopt the infant Tycho, and even kidnapped him when Tycho’s brother was born.

At the age of 15, Tycho was sent to Leipzig to study law. While there, he secretly purchased and studied astronomy books, against the wishes of his parents and his governor, for he had become intensely interested in the subject when he witnessed a partial eclipse of the sun shortly before leaving Denmark. He constructed crude instruments and often stayed up nights making observations, while his governor slept unaware. Through these observations, he discovered several serious errors in contemporary catalogs of planetary movements.

Brahe spent several years at European universities, continuing his observations and building more instruments. At Augsburg he built a large quadrant of brass and oak on land owned by the mayor of the town, who was also interested in astronomy. This instrument could measure altitudes of the sun and planets to Ve of a minute of arc.

Brahe returned to Denmark at the age of 26. Having become interested in alchemy while at Augsburg, he continued his alchemical studies at the laboratories of a paper mill and glassworks built by one of his uncles. Then, on the evening of Nov. 11, 1572, while returning home from the laboratories, Brahe first observed what was to become perhaps his most famous astronomical discovery, one of the few supernovae to be seen with the naked eye.

He saw in the constellation Cassiopeia a star as bright as any in the sky, but where none had appeared before. Using his instruments to determine the position of the star, he found it did not move relative to the fixed stars around it. Continuing to observe ït until it faded after 18 months, Brahe verified that it was indeed a new star that had flared up in the supposedly unchanging and immutable sphere of fixed stars. He thus became at the age of 27 the most famous astronomer in Europe.

In 1576, when Brahe planned to leave Denmark again, King Frederick II of Denmark and Norway offered him the use of the island of Ven, between Denmark and Sweden, to construct an astronomical observatory and alchemical laboratory. In addition to giving Brahe dominion over the island’s more that 2,000 acres (about 800 hectares) the king offered to pay all his expenses.

In 1576, Brahe began construction of a large castle and observatory, Uranienborg ( “Castle of the Heavens”), on the island’s highest point of land. After several years, the building was completed and filled with astronomical instruments. In addition to those instruments in the castle, he also had an observatory, Stjerneborg, built outside the walls surrounding the castle. The instruments there were set below the ground so that they would be protected from the wind.

For more than 20 years Brahe worked at Uranienborg, collecting precise observations of the positions and motions of the planets and stars, more accurate than any ever made before. These observations are Brahe’s greatest contribution to astronomy, for they enabled Kepler to formulate his three laws of planetary motion, which completed the description of the heliocentric system proposed by Copernicus. Brahe himself did not contribute to the theory, and in fact he believed in a modified geocentric system, but his observations provided vital evidence for the new system.

In the spring of 1597, after a series of disputes with the island’s inhabitants and the new king, Christian IV, who had succeeded his father in 1588, Brahe left Ven. In 1599 he settled in Prague, having received an appointment from the Emperor Budolf II. Though he worked to convert a castle near Prague into an observatory, he was never able to resume the great observations he had begun at Ven. In Prague, however, he met Kepler and passed on to him the precious observations on which Brahe’s fame still rests today. He died there on Oct. 24, 1601.