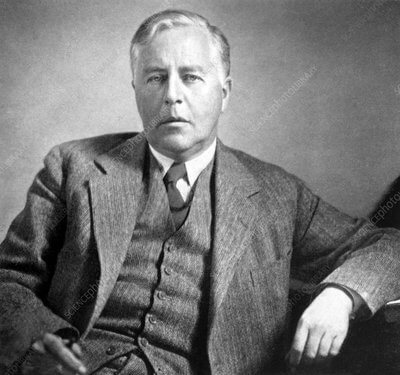 James Hopwood Jeans;(1877-1946), British mathematician, who elucidated problems in theoretical physics, astronomy, and cosmogony. He was born at Southport, England, on Sept. 11, 1877, and was educated at Cambridge, where he was graduated in 1898. Appointed a university lecturer in 1904, he resigned the following year to become professor of applied mathematics at Princeton University. During these years he wrote three textbooks: The Dynamical Theory of Gases (1904), Theoretical Mechanics (1906), and The Mathematical Theory of Electricity and Magnetism (1908). From 1910 to 1912 he was Stokes lecturer at Cambridge, but apart from a largely honorary chair at the Boyal Institution, he held no subsequent teaching position. He died at Dorking, England, on Sept. 16, 1946.

Jeans prepared a Report on Radiation and the Quantum Theory (1914) and made valuable contributions to statistical mechanics, including the kinetic theory of gases and the problem of energy partition in an enclosure (the Bayleigh-Jeans law); he followed up this line of research in Atomicity and Quanta (1926). Perhaps his greatest contribution to science was Problems of Cosmogony and Stellar Dynamics (1919), in which he extended the researches of Colin Maclaurin, Karl Jacobi, Henri Poincare, and George H. Darwin on the evolution of the possible configurations of an incompressible rotating fluid; specifically, he confirmed that the pear-shaped figure—which Poincare and Darwin had found such a fluid would take on—was unstable.

He applied these results to problems of the evolution of celestial bodies, proving that Laplace’s nebular hypothesis was untenable. He also obtained important results concerning the origin of binary star systems, and motions of and in star clusters. Much of this research was amplified in Astronomy and Cosmogony (1928).