Adriaen van der Donck; tribune of the people, the first lawyer in New Netherland and author of the initial illustrated book descriptive of the country: b. at Breda, North Brabant. He was graduated at the University of Leyden. Appointed schout-fiscal or financial inspector of Rensselaerwijk, he served from 1641 to 1646; in which latter year he married the daughter of the Rev. Francis Doughty, an English clergyman who had fled from New England. 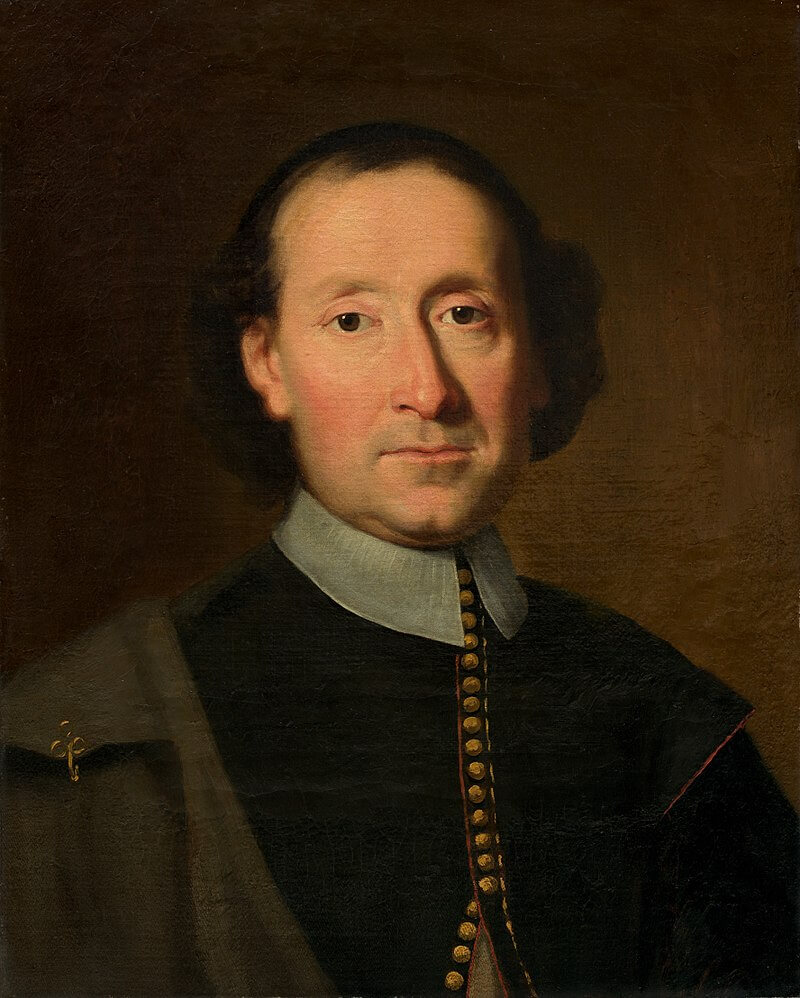 He was active in peace negotiations between Governor Kieft and the Indians. Desirous of becoming a patroon, in order to have influence in behalf of the people, he tried to purchase an estate at Catskill. Prevented by Van Rensselaer, he went to Manhattan and bought land which was variously called Colendonk, that is, Donck’s Colony, the Yonkheer’s land, or, as since shortened, Yonkers. His title was confirmed by the states-general. Able and public spirited, he was chosen in 1646 one of the Nine Men to represent the people and to act with the governor. Stuyvesant executed the orders of the Company with such drastic literalness, that in 1649 Van der Donck, acting for the commissioners, wrote out the Remonstrance and Petition to the states-general.

In the conflict between autocracy and corporationism on the one hand, and the community on the other, Van der Donck’s house was searched, his draft of the Remonstrance seized and he was imprisoned by Stuyvesant. When free, he led the people’s delegates and arrived at The Hague before the emissaries of Stuyvesant, stating eloquently the people’s plea for self-government. Detained in Holland four years, his alma mater made him a doctor of laws and he practised in the Supreme Court. His book, descriptive of New Netherland, encouraged emigration. It was rich in critically sifted information as to fauna and resources, and he warned against destruction of the forests. In pure description, this work excels anything known in colonial literature.

The map of the province and the picture of New Amsterdam in this book are those most often copied and familiar to the average American. On his return, in 1653, to take further part in the struggle for self-government, intending also to write a full history of the colony from the beginning, he was never able to overcome Stuyvesant’s implacable hostility or to examine the Company’s records.

He died in 1655. He was author of the Municipal Board, the true founder of municipality and popular government on Manhattan, and is deserving of the highest memorial honors. The key to his charactér as to Stuyvesant’s is found in the chronic struggle between autocracy and corporationism on the one hand and the people’s demand for self-government on the other, which was incarnated in these two makers of New Netherland. His descendants under the name of Onderdonck and Vandunck, or Verdunck, were numerous. His land in later days formed part of Fordham, Philipsburgh and the Van Cortland manor, and the museum in Van Cortland Park standing on or near the site of his old home. Consult Brodhead, ‘History of the State of New York’ (1859); Van Rensselaer, ‘History of the City of New York’ (1909) ; and Griffis, ‘The Story of New Netherland’ (1909).