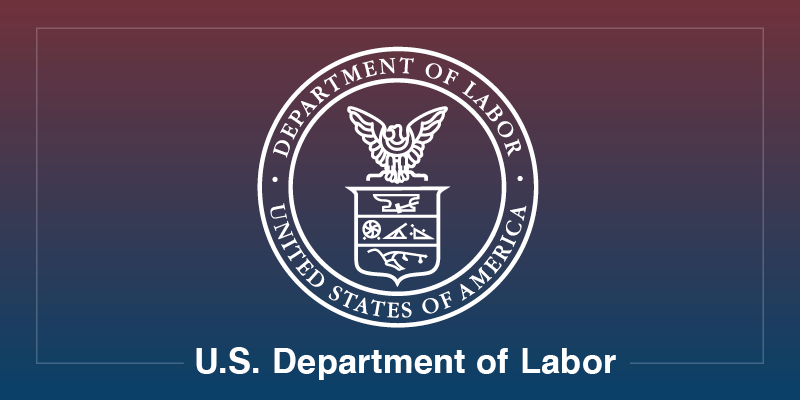 The first secretary of labor, William Bauchop Wilson, was appointed by President Woodrow Wilson in 1913. A Bureau of Labor had first been created by Congress in 1884 under the Department of the Interior. In 1888 the Bureau of Labor was made an independent agency with its head reporting directly to the president. It returned to bureau status on Feb. 14, 1903, when Congress established the Department of Commerce and Labor. Ten years later it became an independent executive department headed by a member of the pres-ident’s cabinet.

Purposes of the Department

The duties of the Department of Labor, as defincd in the enabling legislation, are “. . . to foster, promote, and develop the welfare of the wage earners of the United States, to improve their working con-ditions, and to advance their opportunities for profitable employment.” Basically, the department is charged with the administration and enforcement of laws that protect the nation’s workers, but numerous other responsibilities have been assigned to it through legislation and executive order.

The policies of the department are determined and its work is directed by the secre-tary of labor, assisted by the undersecretary, as-sistant secretaries, the commissioner of labor statistics, and the solicitor.

The department has six assistant secretaries, each heading a major departmental unit in one of these areas: manpower, occupational safety and health, employment standards, labor-manage-ment relations, administration, and policy, evaluation, and research.

The assistant secretary for policy, evalua-tion, and research is responsible for stimulating, assisting, and carrying out policy development studies to explore alternative means of meeting the needs of American workers and promoting their welfare.

The assistant secretary for administration has the responsibility for developing policies and procedures governing overall organization and management systems, budget, and personnel.

The general administrative staff also includes the solicitor and the head of the department’s in-formation office.

The solicitor is the chief law officer of the department. He directs and supervises the legal work of the agency and interprets ali laws af-fecting it.

The director of information, publications, and reports supervises the preparation and distribution of information going to the public. Press, radio, and television contacts are chan-neled through his office.

Organization of the Department

The department includes the following major units: The Manpower Administration is responsible for appraising the manpower requirements, re-sources, and needs of the nation and dealing with unemployment and other manpower problems. Through the nationwide public employment service system, which is affiliated with its U.S. Training and Employment Service, the Manpower Administration provides a broad range of training and work-experience programs as well as job-related support services to people who may be unemployed, underemployed, or disadvantaged, or who face special obstacles to employment, to help them obtain productive jobs. The unemployment insurance system furnishes eligible jobless workers with a weekly income until they find new jobs or until their benefits are ex-hausted. The Job Corps is a human renewal program, usually residential, for young people who need intensive remedial education, job training, or other services to start new and productive lives. The Bureau of Apprenticeship and Training, with the cooperation of employers and unions, sets national apprenticeship standards and en-courages and assists in the development of these programs.

The Occupational Safety and Health Administration, in cooperation with the Department of Health, Education, and Welfare, administers the federal laws designed to protect workers from on-the-job injuries, illnesses, and accidents. It develops, promulgates, and enforces occupational safety and health standards, and works with state governments, employee representatives, and employer groups to research, publicize, and teach the best techniques for maintaining a safe and healthful workplace.

The Employment Standards Administration combines the Wage Hour Division, Women’s Bureau, Office of Federal Contract Compliance, Office of Wage Determinations, and the Bureau of Employees’ Compensation. Its principal functions include administration of the Fair Labor Standards Act with its minimum wage, overtime, and child labor provisions; the Davis-Bacon and Service Contract acts on prevailing wage; the Equal Pay Act; the Age Discrimination in Employment Act; and the federal wage garnishment law.

The Labor-Management Services Administration (LMSA) administers federal laws dealing with regulation of labor organizations, disclosure of private pension and welfare information, and veterans’ reemployment rights. It is responsible for major portions of an executive order dealing with federal labor-management relations. The LMSA also analyzes major disputes, assists presidential emergency boards, represents the secretary of labor and the president in specific national interest disputes of a critical nature, and develops policy in this area.

The Bureau of Labor Statistics is the gov-ernment’s chief fact-finding agency in the field of labor economics, particularly in collection and analysis of data on employment and manpower, productivity, industrial relations, wages, industrial injuries, family budget levels, and wholesale and retail prices.

The Bureau of International Labor Affairs, under the deputy undersecretary for interna-tional affairs, administers such departmental ac-tivities as overseas technical assistance and for-eign visitors’ programs, tariff and trade policy, participation in management of the U.S. Foreign Service, and coordination of U.S. participation in the International Labor Administration.

The Department of Labor library is a special-ized collection of more than 425,000 books, periodi-cals, and pamphlets on labor and related subjects.