What are the soil characteristics? Information on soil horizons and profiles, soil structure, color and consistency.

Each soil produced by nature and later changed by man’s use exhibits a pattern of characteristics. As man learned to observe and measure these characteristics and to interpret the combinations, he became able to understand how and under what environment the soil was formed, to group similar soils together in a system of classification, and to predict the future behavior of each kind of soil under different systems of use and management. Included as soil characteristics are only those observable features that can be measured either in the field or in the laboratory. Such factors as productivity, fertility, erosion hazard, and the like depend on inferences from combinations of characteristics or on measurements of crop yields and other indirect evidence. Therefore they are regarded by the soil scientist as “qualities,” not true soil characteristics.

Each soil consists of layers that owe their origin to processes related directly to living matter and climate. These layers are called soil horizons. All of the layers taken together, extending into the weathered rock beneath, make up the soil profile.

The soil horizons are designated by letters and numbers to indicate their genetic origin. Very roughly, the Ai surface horizon is the one of maximum biological activity, while the A« horizon beneath is the one of maximum loss of clay in leached soils. The B horizon, corresponding roughly to the common term “subsoil,” is the horizon of maximum clay, strongest color, or most pronounced blocky structure, or of all three together. All the subhorizons of A and B together make up the solum, or true soil, developed by soil-forming processes.

The weathered material beneath the true soil, * like that from which the solum—or at least the lower part of it—is formed, is called C. A stratum further beneath but still unlike the parent material is called D. Special designations are used for gray layers caused by waterlogging in the presence of organic matter, for lime in the soil, and so on.

Layers resulting from the way the geological material had been laid down are called strata. When a soil profile has formed from stratified material, it is sometimes difficult to tell how much of the characteristics of a horizon have been inherited from a previous stratum in the parent material. This must be done with mineralogical, chemical, and physical analyses in the laboratory.

In studying a given soil, the thickness and depth of each horizon are measured, and laboratory samples are taken by individual horizon. To interpret the observations and measurements, however, factors such as the whole soil profile, the shape of the soil body, the environment, and the relations of the one soil to its neighbors must be considered. 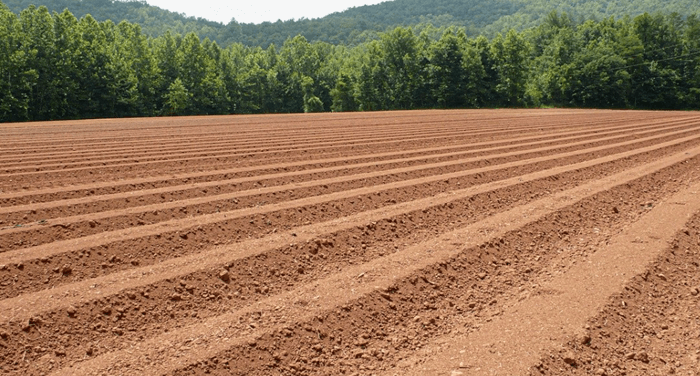 The term texture refers to the proportions of the various size groups of individual soil grains in soil horizon. All these size groups below 2 millimeters (0.08 inch) in diameter are collectively called separates. More specifically, those below 0.02 mm in diameter are called clay. The next size coarser is silt. This is followed by very fine sand, fine sand, medium sand, and coarse sand.

The physical and chemical reactions in soil largely take place on grain surfaces, so in this sense clay is relatively the most important texture. Thus, 4 pounds (1.8 kg) of dry clay particles having diameters of about 0.0001 mm provide a total surface area of about 4 acres (more than 1.5 hectares). Clays vary widely, however, in their stickiness and swelling and their retention of water, ions, and nutrients, depending on the clay minerals and the ions such as hydrogen, calcium, and sodium adsorbed on them. Generally, clays in temperate regions are much more active than those of the tropics. Clay particles adsorb ions. Those having mostly calcium are nearly neutral and relatively stable; those having mostly hydrogen are highly acid, disperse easily, and move downward with percolating water; and those having mostly sodium are extremely alkaline and are very easily dispersed in water.

Soil horizons are made up of mixtures of these separates. Defined mixtures of sand, silt, and clay are given soil “class” names as follows, from the most clayey to the most sandy: clay, clay loam, silt loam, loam, sandy loam, loamy sand, and sand. The clays are known as clayey or fine-textured soils; the clay loams, silt loams, silts, and loams, as loamy or medium-textured soils; and the loamy sands and sands as sandy or coarse-textured soils. Where small pebbles, cobbles, or stones are significant, appropriate adjectives describing this content are added to the class name. It should be added that in soil science the word “loam” denotes only the size distribution of particles and not at all the percentage of organic matter or fertility, as it does in such nonscientific terms as “garden loams.”

Plates are horizontal and may be up to about 0.03 inch (0.08 cm) thick. They should not be confused with thin bedding inherited from sedimentary rocks or lake deposits. Blocks are irregular aggregates of soil with some smooth edges, from about the size of fine shot up to about 3 inches (7.5 cm) in diameter. Some have angular corners, and some have rounded or subangular ones. Prisms are like blocks except that they are much longer vertically than horizontally, and they may be as much as 5 or 6 inches (13 to 15 cm) in diameter. The distinguishing aggregates in the B horizon of a few soils consist of prisms with rounded tops. Such soils are said to have a columnar structure. Granules are roundish aggregates without regular faces. If they are highly porous, they are called crumbs. 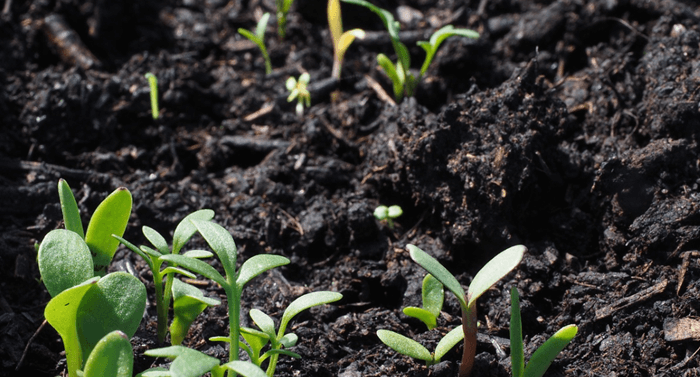 A few soils have one or more horizons without structure. They may be either massive, structureless soils without regular lines of weakness, as in claypans, hardpans, and puddled clays; or loose, single-grained masses with each particle by itself, as in a dune sand.

Structure indicates a great deal about the processes under which a soil has formed its relation to plant roots and to air and water movements, and its suitability for use. The most productive soils have a granular structure—at least in the surface—and either a granular, prismatic, or blocky structure beneath. Excessive tillage (especially when the soil is wet) and failures to maintain humus in both the surface soil and subsoil can cause soils to loosen their structure. The sandy ones become single-grained and the more clayey ones become cloddy and massive. In nature, the roots and microorganisms help maintain structure.

The roots of great trees move with the wind and maintain a blocky structure in clayey B horizons that is lost when the soil is used for shallow-rooted annual crops. Grasses and deeply rooted legumes help to maintain soil structure, the grasses in the upper soil and the legumes in the subsoil.

The masses and aggregates of soil vary widely in consistency. Some are very sticky and wet, and others are not. When normally moist, soil horizons may be very firm or easily friable—that is, easily crushed into finer aggregates. Dry soil may be loose, or very hard. Massive soils may be weakly or strongly cemented, or even indurated to a rocklike consistency.

The direct influence of the color of soil has little significance, but for two reasons a lot of attention is given it. First of all, it is fairly easy to observe, measure, and record accurately. Secondly, it tells the observer a great deal about the chemical and other properties of the soil if, and only if, it is considered along with the other characteristics, especially structure. Thus, dark colors generally suggest high percentage of organic matter, but in warm regions soils rich in humus may have reddish-brown colors and the black clayey soils may be very poor in it.

Red soils suggest good drainage. Yellow soils may be well drained and low in iron, or they may have been overmoist in their recent history. On the whole, yellow soils turn out to be less productive than red ones, although there are many exceptions. Whitish-gray soils may have been thoroughly leached. In low, wet places the iron may have been reduced to the blue-gray form, and in dry seasons the soils may contain excess salts. Imperfectly drained soils are commonly mottled or splotched with several colors, which indicates fairly long periods of waterlogging—too long for most crop plants except rice.