The stages of seeds growing. How do seeds grow, the differences in the germination of differents types of plants.

Inside the protective coat of a seed is a tiny young plant with food stored around it. A new plant can grow from the seed, and the stored food helps it start growing. The new plant really begins its life not as a seed but as a single cell. This happens when a sperm from a pollen tube unites with an egg cell in an ovule of a flower. Then the fertilized egg develops into an embryo within the parent plant. When the seed is ripe, or mature, the embryo stops growing for a time. We say that the seed is dormant, or inactive. Before the embryo starts growing again, the seed must ordinarily get away from the parent plant. If the seed falls into moist, warm soil, the embryo begins to grow again. Then the seed is no longer dormant. 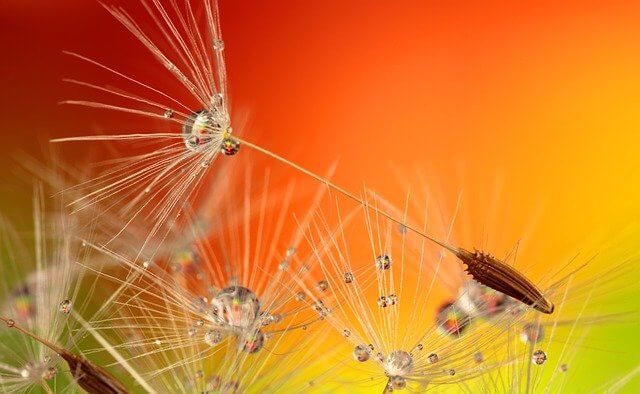 When seeds are scattered, they have a better chance to grow than if they all fall in one spot.A plant must have enough food, air, water, light, and room to grow well. If all the seeds from a plant fell directly to the ground beneath it, very few of them would ever grow into mature plants. There would be too many seeds in one small place. Nearby, many other plants are usually producing seeds, too. So unless seeds were seattered, too many of them would be crowded into not enough space.

One way in which seeds are of ten seattered is by the wind. You have surely seen the fluffy white head of a dandelion. This white head is made up of a great many seeds with a feathery parachute attached to each one. Other kinds of seeds have wings or long, silky hairs that help them float through the air. The seeds of maple, elm, cottonwood, linden, ash, thistle, and milkweed are good examples. The wind can blow such seeds for a long distance before they reach the ground. Besides wind, moving water also helps seatter seeds. Bitter pecan, sycamore, and grass seeds float easily in water. They often fall into a stream or are washed into it by heavy rains. Then the moving water carries the seeds to a still place, where they are left and can begin to grow. Along the banksof streams or among the driftwood after heavy rains, you are likely to find many kinds of seeds that were carried there by moving water. 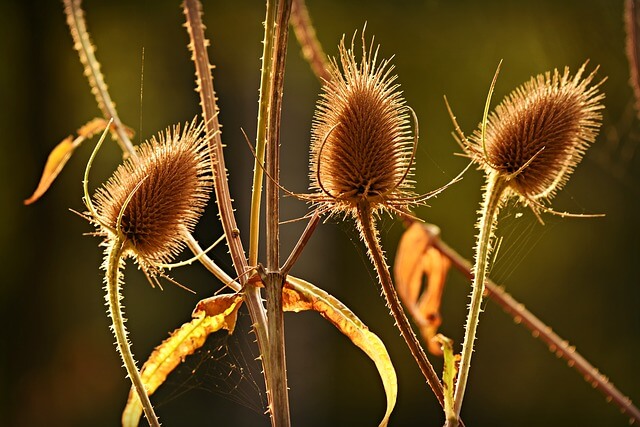 Seeds are also scattered by people and animals.

When you walk through fields and woods, seeds with sharp hooks or prickles often stick to your clothes. Some seeds like this are sand burs, beggar’ sticks, cockleburs, and Spanish needles. Later the seeds are rubbed off, or you pick them off. If they fall on the ground, they may grow into new plants far from the parent plants. Seeds are often carried from one plaee to another, sticking to the hair or fur of animals. Some kinds of seeds, especially those in small fruits, are often eaten by birds and other animals. Many of these seeds have very tough seed coats that keep the inner parts from being changed and dissolved by the animals digestive juices. When the seeds are later dropped in waste materials given out of the animals’bodies, they may grow into new plants far from where they were made.

Some kinds of plants even scatter their own seeds! When the seed pods are ripe, they burst open, throwing the seeds for quite a distanee. The seeds of violets are spread in this way. So are the seeds of jewelweed, which is also called balsam or touch-me-not. No matter which way the seeds of a plant are scattered, they usually lie dormant in the soil until the beginning of the next growing season. Then when the soil around the seed becomes warm and moist enough, the embryo starts growing again. As it gets bigger, it bursts out of the seed coat. We say that the seed sprouts, or germinates. 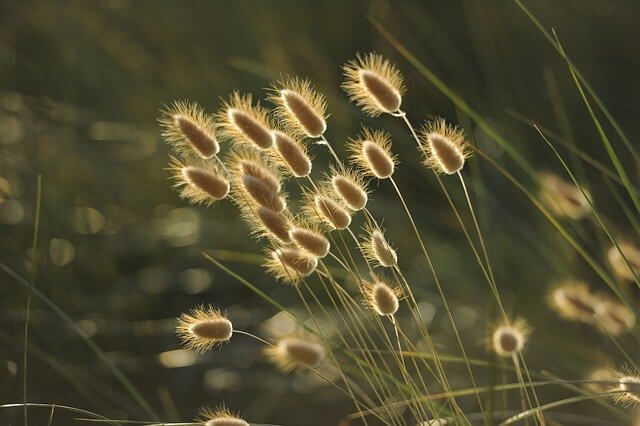 When a seed germinates, it swells and splits its coat.

The growing embryo uses some of the food stored in the seed, and its cells begin to divide and form more cells, In most seeds, the first part to grow out is the root. As it is pushed down into the soil, it soon looks fuzzy. The white fuzz is made up of root hairs that help soak up water and dissolved minerals from the soil. The cells in the young plant keep on dividing and forming more cells. Soon one or two leaves are pushed up through the soil into the air. In the sunlight, the leaves turn green as chlorophyll is made in them. They begin to take in carbon dioxide from the air. When this happens, the little plant is on its own. It has begun to make its own food by photosynthesis. To do this, it combines water and dissolved minerals from the soil with carbon dioxide from the air, using energy from sunlight with the help of chlorophyll. 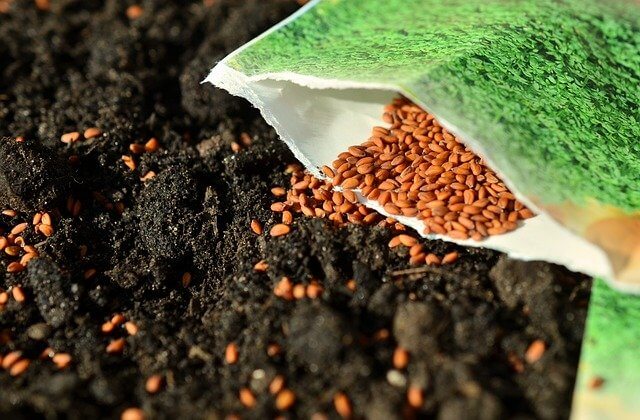 When bean seeds and many other kinds germinate, the stem of the young plant pushes up out of the soil in an arch. As the little stem keeps on growing, it pulls the eotyledons, or seed leaves, backward out of the soil. Then they turn upward and become green. Little by little, the cotyledons shrink as the food stored in them is used by the growing plant. When corn grains and some other kinds of seeds germinate, a single rolled leaf pushes its sharp point up through the soil into the air. The one cotyledon stays in the soil and supplies stored food to the growing plant until it can make its own food.