The Aztec civilization, also known as Mexica or Tenochca, was a prosperous Mesoamerican town of Nahua affiliation, founders of the city-state of Mexico-Tenochtitlán.

Located in the territory of present-day Mexico City and in the late post-Classic period ( towards the XV century) they became the dominant culture of the region until the arrival of the European conquerors.

Along with the Olmec, Toltec and Teotihuacán cultures, the Aztecs or Mexicas were one of the main Mesoamerican civilizations in terms of development and territorial extension, whose maximum expression consisted of the Aztec Empire (1325-1521 AD), of which remains still remain. cultural and linguistic issues in the indigenous population of Mexico.

The Aztec civilization dominated the region culturally, politically and economically until the beginning of the wars of conquest, and despite the rigors of colonization, much is the interest they arouse today, when it is possible to recognize the advanced of their culture as soon as possible. to the handling of materials, astronomy, the development of own measuring systems and architecture. 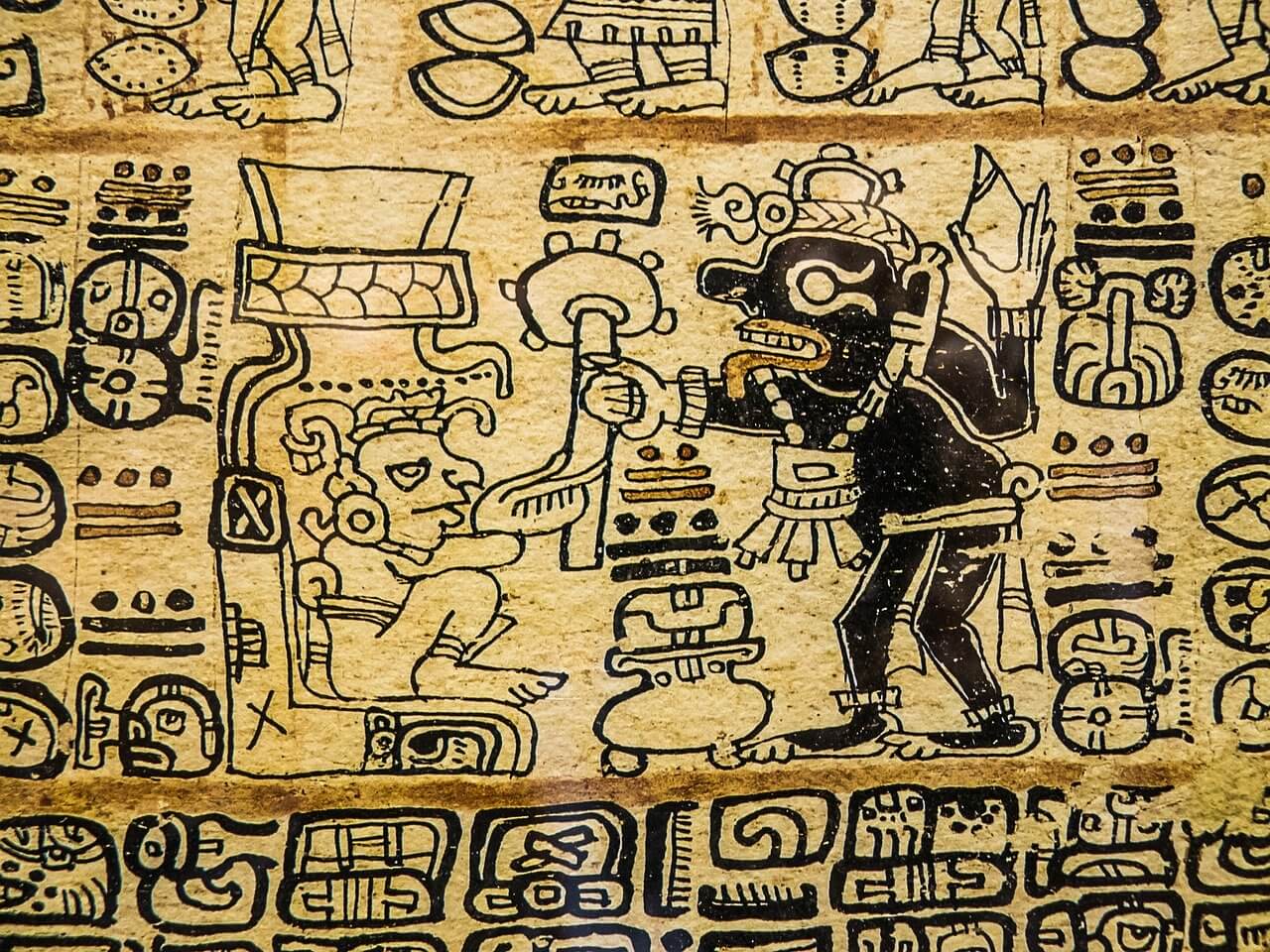 The term “Aztec” is used much later than the end of the Mexica civilization, which never called itself that way. This comes from the mythical name of origin of the Chichimec pioneers who settled in the region, from which the Mexicas came. This place was called Aztlán and is contemplated in the remains of its tradition as an original island.

The Mexica tradition itself accused its origin as the result of a large migration to the Mesoamerican highlands, in search of the designated place to settle. This, according to the Aztec accounts, was located on an island of Lake Texcoco where there were remains of ancient settlers, and where they witnessed the sign given by their gods: an eagle devouring a snake on a cactus ( symbol that is in the current Mexican flag). There the Mexicas founded Mexico-Tenochtitlan in 1325.

The extension of the territory dominated by the Aztecs corresponds nowadays to most of the center and south of Mexico, especially in the one corresponding to the Basin of Mexico, located in the Central Altiplano whose climate, at that time, was temperate and humid. despite being located in the tropics. 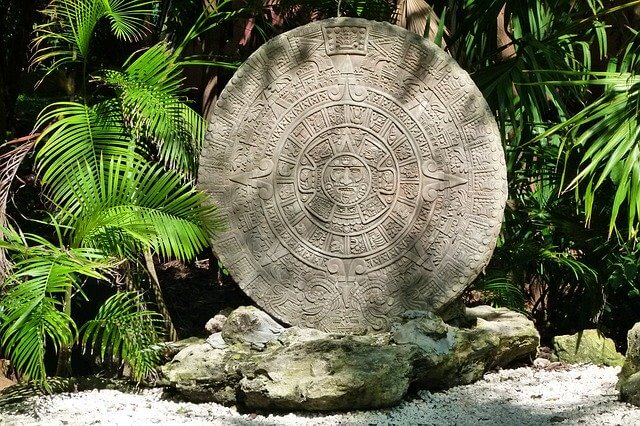 Initially, the city of Tenochtitlan was organized around its altar, since the Aztec was a deeply religious society. In fact, the city was run by his tlatoani, that is, his orator, the highest authority in city affairs.

In the later Aztec Empire, called by his subjects the Triple Alliance, supposed the political union of the Mexica cities of Texcoco, Tlacopán and Tenochtitlán, whose tlatoani governed together. That until the growing influence of the last city caused that the ruler of this one was considered huëy tlahtoani or great orator, position that the European invaders would baptize in his chronicles like “emperor mexica”, since he was basically a monarch (huëy tlatoque, ” great chief “) elected by a nobiliary council.

Mexica society was composed of castes, led by a military nobility, leader of the highly active warrior class. Then there were the priests and those in charge of the cult, and then the plebeians (macehualtin), in charge of agricultural and engineering work. 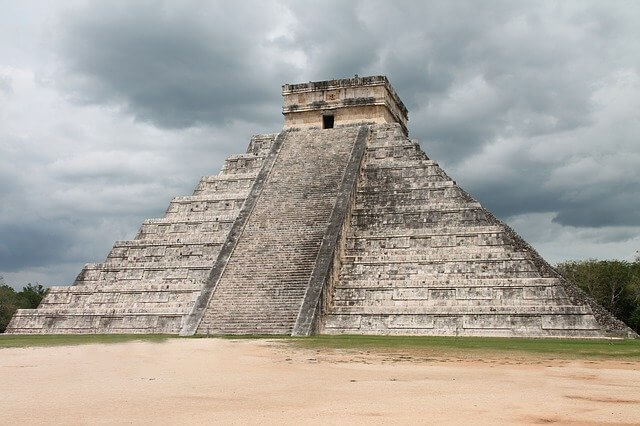 The Aztecs had an educational system based on two stages:

A first of mandatory type, in the hands of parents up to fourteen years of age, supervised by the authorities of calpulli. At this stage they learned the huëhuetlátolli (“sayings of the elders”) in which the Aztec ideology was represented.
Then there were two formal modes of school: telpochcalli, for learning practical and military matters; and calmecác, for the study of writing, astronomy, theology and leadership.

The Mexicas called calpulli (“big house”) a complex social unit, common to the various known Nahua communities, and which consisted of several lineages related by a common ancestor of more or less divine origin, and whose members could share a certain type of economic activity, especially when they organized several calpulli in entire neighborhoods.

The Aztecs had a syncretic religiosity, which unified several original Mesoamerican beliefs, closely linked to rain and agriculture. Some of their gods, in fact, were much earlier than their own existence, such as the feathered serpent Quetzalcoatl, of which various mythological interpretations existed.

The Aztec religion, fundamentally warlike, demanded human sacrifices to satisfy the divine will, which they carried out with prisoners of war and slaves captured from the neighboring towns. These sacrifices were carried out in the temples and played an important role in the justification of the conquest before the European eyes, which saw in such practices the confirmation of the inhumanity or satanic influence of the aborigines.

The Mexicas paid special attention to the Sun, the Moon and Venus, which played an important role in their mythology. However, they already distinguished and recognized various constellations, including the Pleiades and the Great Bear, on which many of their temporal cycles were based. For the Aztecs the stars were divided into two opposite groups: Centzon Mimixcoa (“four hundred cloud serpents”) to the North; and Centzon Huitznáhuac (“four hundred meridionals”) to the South. 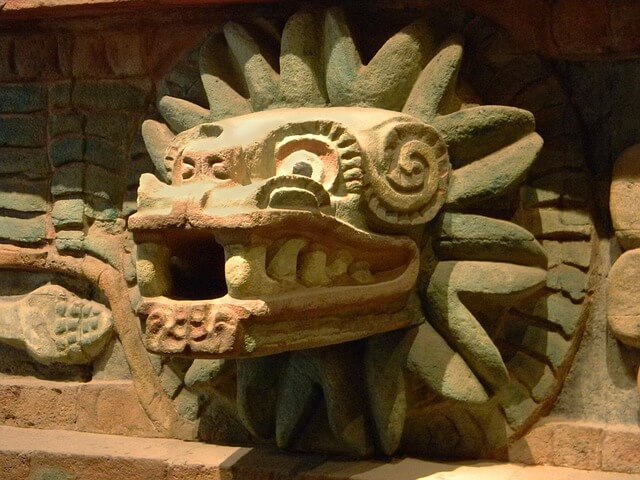 The language of the Mexicas was Classical Nahuatl, nowadays the original language with more presence in Mexican indigenous communities. It is estimated that this language emerged around the fifth century, the result of previous protolenguas.