Anatole France; (1844-1924), French novelist, poet, literary critic, and playwright, who won the Nobel Prize for literatüre in 1921. An elegant stylist and an enlightened, tolerant hümanist, he typified to the world the French man of letters in his day. He responded to Emile Zola’s appeal for support in the Dreyfus affair, and, when Zola died in 1902, France was the most eminent of the remaining Dreyfusard intellectuals. From that time until his death he remained committed to the struggle for social justice.

He was born Jacques Anatole François Thibault, in Paris, on April 16, 1844. His father, Noel François Thibault, known familiarly as Noel France, was a bookseller in Paris, and Anatole early acquired a love for books and letters. At the College Stanislas he steeped himself in classical culture, acquiring the erudition for a totally bookish career. 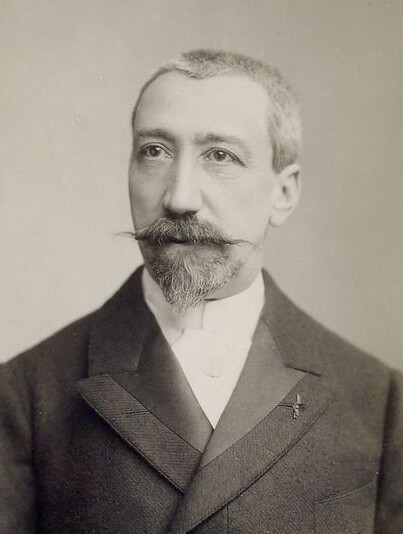 France sold books, read manuscripts for the publisher Alphonse Lemerre, worked in the library of the French Senate under the direction of the poet Charles Leconte de Lisle, and established himself as a minor Parnassian poet. In 1875, serving as a judge of contributions to the third series of Le Parnasse contemporain (poems by the Parnassians, published in 1876 by Lemerre), he blundered seriously in opposing publication of Stephane Mallarme’s L’apresmidi d’un faune and some of Paul Verlaine’s poems. Nevertheless, he wrote much literary criticism and from 1886 to 1893 did the literary chronicle (La vie litteraire) for the newspaper Le Temps, through whieh he became a familiar figüre in the Paris world of letters.

In 1877, France married Valerie Guerin de Sauville, by whom he had one child, Suzanne. The marriage, not a happy one, ended in divorce in 1893, several years after France had begun a liaison with Mme. Armand de Caillavet, at whose salon he presided until her death in 1910. Ten years later he married his housekeeper, Emma Leprevotte.

France resigned his library job at the Senate in 1890. He was elected to the French Academy in 1896. Along with work on his many publications in the 1890’s, he devoted much of his time to the Dreyfus case. His involvement led him toward socialism and the party of Jean Jaures, and after World War I he gave intermittent support to the French Communist party. In 1922 his writings were put on the Index of Forbidden Books of the Roman Catholic Church. He died at his home near Tours on Oct. 12, 1924.

France’s early volume of verse, Les poemes dores (1873), and the poetic drama Les noces corinthienrıes (1876), both of which put him in the lineage of the Parnassians Theodore de Banville and Leconte de Lisle, are eloquent but undistinguished works. His literary criticism —subjective and impressionistic—is charming to read but has not endured. His novels are probably the most important of his achievements, although interest in them has also declined steadily since his death. 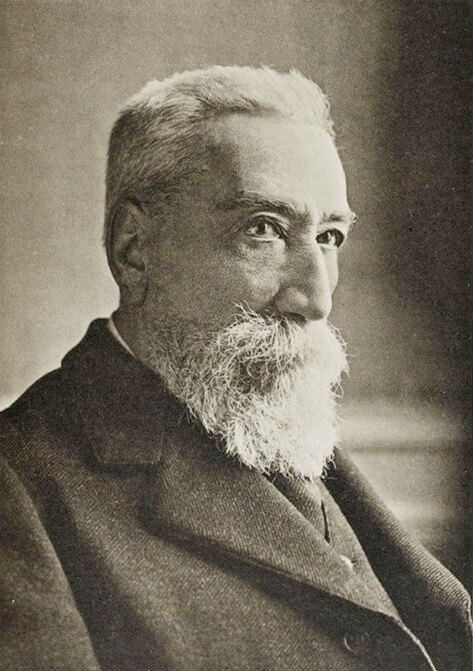 In his early Le crime de Sylvestre Bonnard (1881), France tapped a successful vein that he never totally abandoned. In this ironic and sentimental work he created a sort of character that he reincarnated in later books, although with variations. The gentle antiquarian Bonnard is of the same race as the Abbe Jerome Coignard of La rotisserie de la reine Pedauque (1893) and the provincial professor Bergeret of the four novels published between 1897 and 1901 under the collective title Histoire corıtemporaine. Related to them, too, is the wise epicurean aristoerat Brotteaux of Les dieux ont soif (1912), who goes to the guillotine murmuring verses of Lucretius.

These characters can ali be considered variants of a type of benign scholar-philosopher into which France put something of himself. They reflect as well an ideal role in which he had also cast himself, characterized by undogmatic skepticism, loyalty to the classical humanistic tradition, and horror of excess, violence, intolerance, and fanaticism.

Much of France’s writing is suavely sentimental, ineluding his quasi-autobiographical Le livre ae mon ami (1885). There are grimmer books, however— Les dieux ont soif, with its revelation of the Reign of Terror, and the crusading Craincuebille (1901). There are also dark, pessimistic prophecies like L’île des pingouins (1908; see Penguin Island ), in which a race of manlike penguins perfects explosives that emit palm tree-shaped clouds of smoke (anticipating the now familiar nuclear mushrooms), and succeeds in polluting the atmosphere and hiding the sun forever behind industrial fumes.

France was not an innovator of literary forms, but he developed to a high level of refinement his graceful, limpid, deceptively simple style, which owed much to the rhetoric of classical antiquity and the 18th century, as well as to his own late 19th century bourgeois culture. He terminated rather than began an eraa circumstance that may explain why his literary qualities were more apparent to his own generation than to those that followed.