The Lusiads;an epic poem in Portuguese by Luis Vaz de Camoes, published about 1572. Its Portuguese title is Os Lusiadas. The poem recounts Vasco da Gama’s opening of the sea route to India and the Far East. 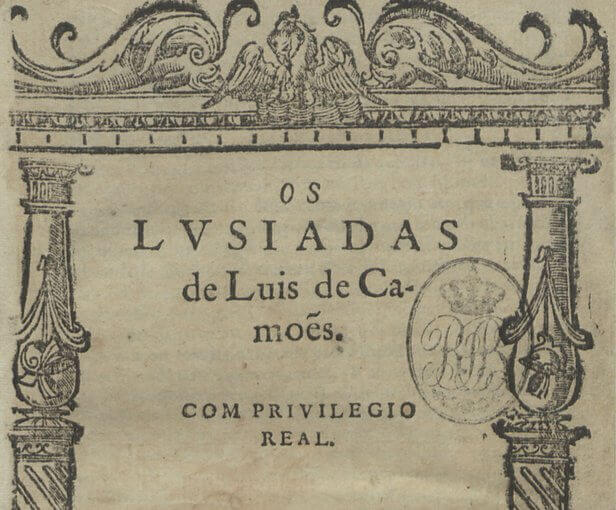 Camoes, born in 1524, the year of da Gama’s death, spent many years in the Orient and was familiar with the regions described in the poem. In this familiarity, and in the fact that it narrates near-contemporary events, The Lusiads is rare among epics and is comparable to Alonso de Ercilla y Zuniga’s Spanish epic poem La Ar-aucana, which tells of the conquest of Chile.

The influence of Vergil’s Aeneid is obvious in the work, but there are significant differences in style and content. Whereas Vergil wrote in hexameter verse, The Lusiads consists of 10 cantos in ottava rima, the Renaissance stanza of eight hendecasyllabic lines used by Ariosto in his Orlando furioso. Though Vergilian in its broad scope, The Lusiads is Homeric in at least one respect: reports of insignificant deeds stand side by side with heroic feats, which lose nothing by this juxtaposition.

The poem is truly a national epic. Although da Gama is the main actor and unifying figure, the collective hero—celebrated in the Vergilian invocation—is the Portuguese people, or the “sons of Lusus.” Camoes, however, tempers his praise with fairly severe criticism of Portuguese cruelty, which he had seen in India.

Also like the Aeneid, The Lusiads is a poem of national destiny, for Camoes sees Portugal as the force that will bring Christianity and civilization—which in his mind were synonymous—to the rich lands of the East. The poem ends on an admonitory note, as the poet urges young King Sebastian to carry the crusade against Islam to Morocco. The King was to follow that course within a few years, with disastrous results for himself and for the future of Portugal.

Camoes combines classical pagan and Christian figures in a way typical of much Renaissance literature. Jupiter and Venus appear as Divine Providence and Divine Love, the protectors of the Portuguese. Racchus becomes the enemy, representing the chaos and discord of the East. There are many quite original touches, such as the Isle of Love in the Indian Ocean, where the nymphs of Venus give respite to da Gama’s crewmen. The language is relatively simple and direct. It is with Camoes, in fact, that Portuguese expression reaches its most elevated level.

The important early translation into English of The Lusiads was that of Sir Richard Fanshawe (1655). Modern versions include one in verse by Leonard Racon (1950) and one in prose by William C. Atkinson (1952).