What is an asteroid? How were asteroids discovered? The methods of observations and information on history of asteroids.

Asteroid; one of many small planetary bodies orbiting the sun. Asteroids are sometimes called planetoids or minor planets. The orbits of more than 1,600 asteroids have been calculated, and thousands of other asteroids have been observed. These small planets travel around the sun in elliptical paths that with a few exceptions lie in the zone between the orbits of Mars and Jupiter. Probably no undiscovered asteroid of any size exists within the orbit of Mars. In the zone beyond Jupiter, on the other hand, only an asteroid of unusual size would stand much chance of being observed.

From the time when the relative distances of the planets from the sun were made known by Johannes Kepler (1571-1630), the tremendous gap between Mars and Jupiter was noticed. In 1781,’ when Uranus was discovered, it was found that the new planet’s distance agreed excellently with the distance predicted by Bode’s law. This empirical law, published in 1772, expressed an apparent numerical relation between the average distances of the planets from the sun. Bode’s law predicted a planet in the zone between the orbits of Mars and Jupiter, and the discovery of Uranus strengthened the hypothesis.

Near the end of the 18th century an association of 24 astronomers, mostly in Germany, was formed to search for the missing planet. An unexpected object was sighted on Jan. 1, 1801, by Giuseppe Piazzi, an Italian. The object, a seventh magnitude “star,” changed in its position among the other stars on succeeding nights. Piazzi carefully followed the object for six weeks, apparently thinking he had found a peculiar sort of comet. He fell ill, and on his recovery the object was no longer in a position favorable for observation. The news of his observations reached Germany, however, and it was believed that the new body was the missing planet. Piazzi gave it the name Ceres.

It now became necessary to rediscover Ceres. The problem of its location was solved by Karl F. Gauss, a young German mathematician at the University of Gottingen, who devised a new method of computing an orbit from only three observations. Baron Franz Xaver von Zach subsequently rediscovered the planet on Dec. 31, 1801. No one expected other planets to be found, and so there was great surprise when Heinrich W.M. Olbers announced that on March 28, 1802, while searching for Ceres, he had found another object instead. Olbers named the asteroid Pallas.

Astronomers were now fired with a desire to add to the asteroid group. The first to be rewarded was Karl L. Harding, who on Sept. 1, 1804, discovered an object that he named Juno. After these discoveries, Olbers, who had observed that the orbits of the three asteroids crossed each other in the constellation Virgo, advanced the hypothesis that they might be the remains of a shattered planet. He searched for other fragments and on March 29, 1807, found a fourth, which he named Vesta.

For several years afterward laborious searches for other asteroids were carried out by many men. They were not rewarded because they did not look for sufficiently faint objects. Not until 1845 was a fifth asteroid, Astrea, with a magnitude of 10, discovered by Karl Hencke, an amateur astronomer in Berlin. Three more asteroids were found in 1847, and from then on every year has witnessed fresh discoveries.

It must be remembered that in the mid-19th century there were no photographic atlases of the sky that showed faint stars. Only for isolated regions did any chart exist for objects fainter than a magnitude of 7 or 8. Therefore the asteroid hunter often had to plot laboriously a region of the sky and then later plot it again, afterwards comparing the charts to see if there were any changes.

By 1891, celestial photography was sufficiently advanced to furnish a new method of observation. A telescope with camera attached was turned to a chosen area of sky, usually in the zodiac, and a driving clock was started. The exposure could be continued for up to two or three hours. The observer in the meantime kept a guiding star centered on the cross wires of the guiding telescope. This, incidentally, has to be done in all celestial photography with instruments of any size or focal length. Differential refraction, vibrations, and the like would cause imperfect images if one trusted wholly to the driving clock, which cannot allow for these abnormalities. 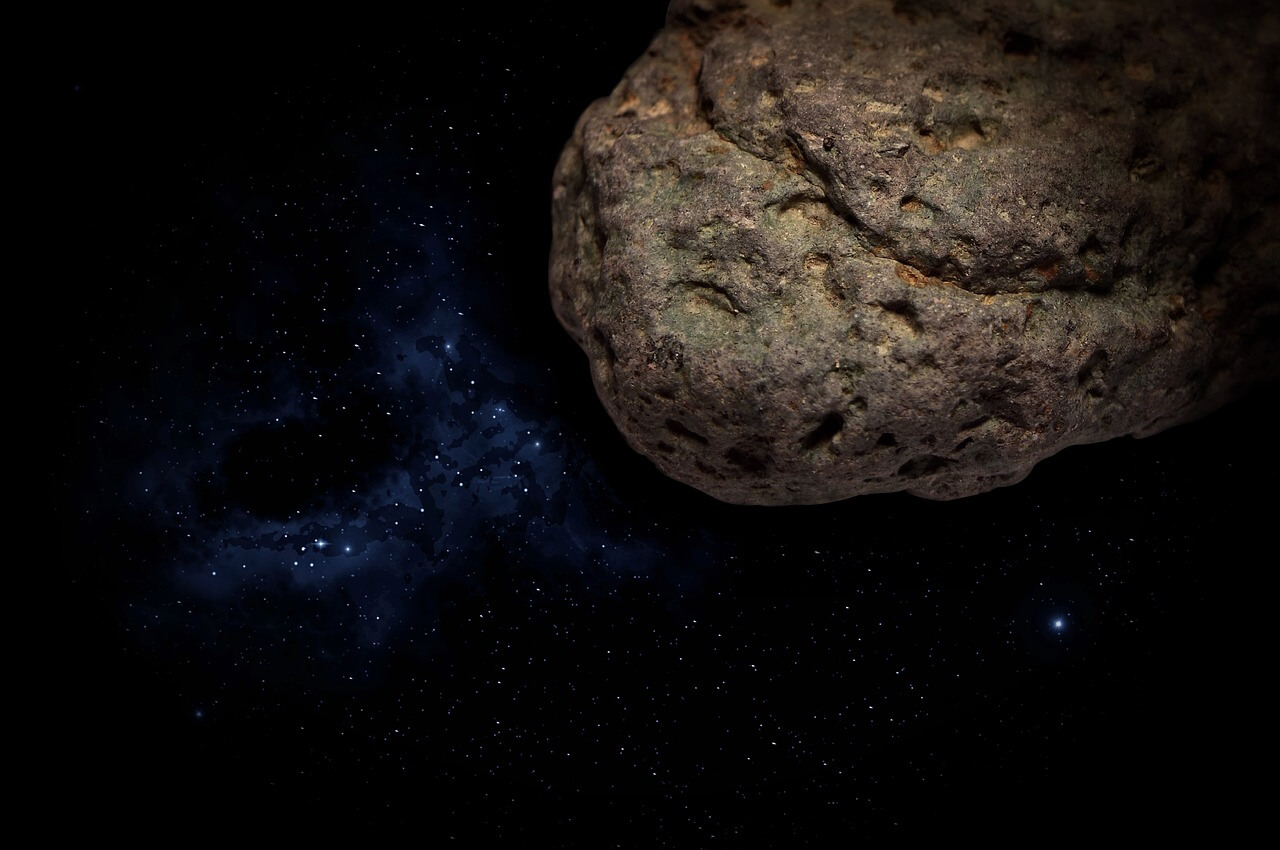 When a plate exposed in this way is developed, the stars appear as round dots, their sizes varying according to their brightness. Any asteroid in the region would have moved slightly among the stars during the exposure. It appears as a short trail among the dots and can at once be picked out, and its position measured with respect to the stars.’ Three observations, at intervals of a week or two, are generally enough to permit the calculation of a preliminary orbit.

One serious disadvantage is that the asteroids appear as lines instead of fixed dots. A faint asteroid would thus escape discovery because its light would not be concentrated by the time exposure. A modification of the method avoids this difficulty to a large extent. The probable average hourly motion of the asteroid is calculated and the driving clock slowed up accordingly, so that the asteroid appears as a dot while the stars are drawn out into lines. This method permits much fainter asteroids to be detected.

Although three observations of an asteroid can provide a preliminary orbit, at least five or six, spaced over as many weeks, are required for a more exact calculation. Asteroids are first designated by the year in which they are discovered, followed by two capital letters—for example, 1932 HA. After a good orbit has been computed, the asteroid is given a permanent number. When asteroids were first being discovered the names of female deities were assigned to the bodies. As more and more were found, however, all mythologies began to give out. Names of cities, countries, and even modified proper names were used instead. Most asteroids discovered today go without names.