There is no one left who has not heard or read the question sentence about the Butterfly Effect , which is always on the agenda: “ Can a butterfly flapping its wings in the Amazon cause a storm in the USA? ”

It is very important to know Chaos Theory in order to comprehend and understand the Butterfly Effect theory in all its aspects. For those who say what the butterfly effect is, an article that includes scientific researches, legendary examples and movies about the butterfly effect.

The Butterfly Effect: Small Changes Can Have Unpredictable Consequences

The so-called butterfly effect suggests that a butterfly can change the weather simply by flapping its wings. The name given to the unpredictable results of tiny changes at the beginning of a situation is the Butterfly Effect.

Butterfly Effect, mathematician, meteorologist and American Edward Norton Lorenz (May 23, 1917 – April 16, 2008), who also contributed to Chaos Theory, gives an example of analogy; A butterfly flapping its wings in the Amazon Jungle can cause a storm in the USA. The butterfly effect is simply and simply explained in a way that anyone can understand: 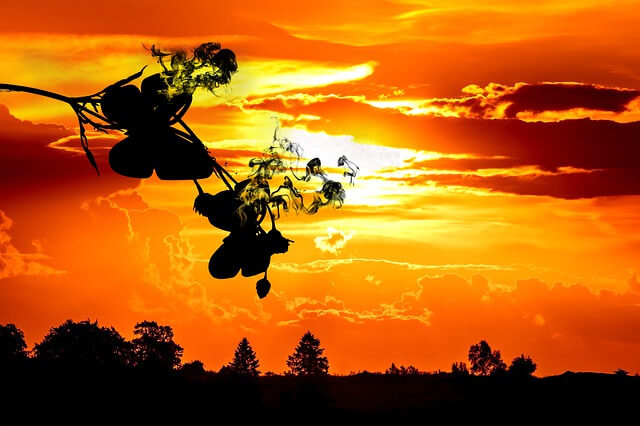 Small changes to the initial data of a system are unpredictable and can have some big consequences. The theory of the butterfly effect was named by scientists because the statistical charts of events were compared to a butterfly in the researches. Actually, Edward Lorenz is a meteorologist, but this theory he created has influenced physics, biology, politics and social sciences, especially mathematics.

Could a Butterfly Flapping Its Wings on the Amazon Cause a Storm in America?

Such questions have drawn people’s attention to the Butterfly Effect theory. A butterfly flapping its wings in the Amazon could cause a storm in the United States. This situation can also be explained as follows: With the flapping of a butterfly’s wings, it can affect a hurricane that may occur at another end of the Earth.

Lorenz entered a measurement he made to model weather forecasts, changing the starting data from 0.506128 to 0.506, and the result was very different. Based on this experiment, Lorenz came to conclusions that a small change in the beginning can have very large and long-term consequences.

The Butterfly Effect showed that when the initial conditions of all events, not just weather-related matters, are manipulated even slightly, the results can be unpredictable.

In order to fully understand the butterfly effect, it is necessary to understand chaos theory. We can define Chaos Theory as the science of predicting the behavior of naturally unpredictable systems. Henry Poincare, a physicist and mathematician in the late 1800s, made a great contribution to Chaos Theory.

King of Norway II. Oscar announced that he would give an award to anyone who proved that the Solar System could be stable or not. Poincare showed that it is not possible to solve it analytically because the initial conditions of every body in this system cannot be measured exactly. 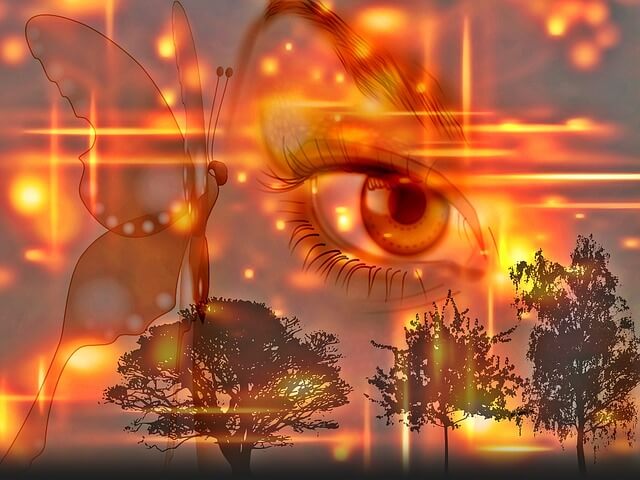 Poincare revealed that there is a sensitive dependence on the initial conditions in his system, and therefore, a complete, error-free, exact measurement cannot be made. The word “chaos” was first introduced to science by Poincare. The relationship between them can be explained as follows:

If we compare the chaos theory with playing cards in a row, the butterfly effect is that only the first card is touched. We can compare the process that starts with touching that first piece of paper and the beginning of unpredictable events after the flapping of a tiny butterfly’s wings.

The most known and described event in the Butterfly Effect example is Hitler’s life example, as the order of occurrence of the event is compatible with the theory, although there is no scientific side to the Butterfly Effect. Hitler’s example is as follows: In 1905, a young man who wanted to be a painter applied to the Academy of Fine Arts in Vienna and was rejected.

This man is Adolf Hitler. Hitler’s interest in painting is well known and he has many paintings. Hitler wanted to pursue his dreams of painting when he was still young. However, it is found unsuitable and rejected by the Academy. Unable to realize his dreams, he joins the army.

We all know the terrible events that took place with the Second World War, especially in Germany. After this rejection, joining the army is directly associated with the Butterfly Effect by many. 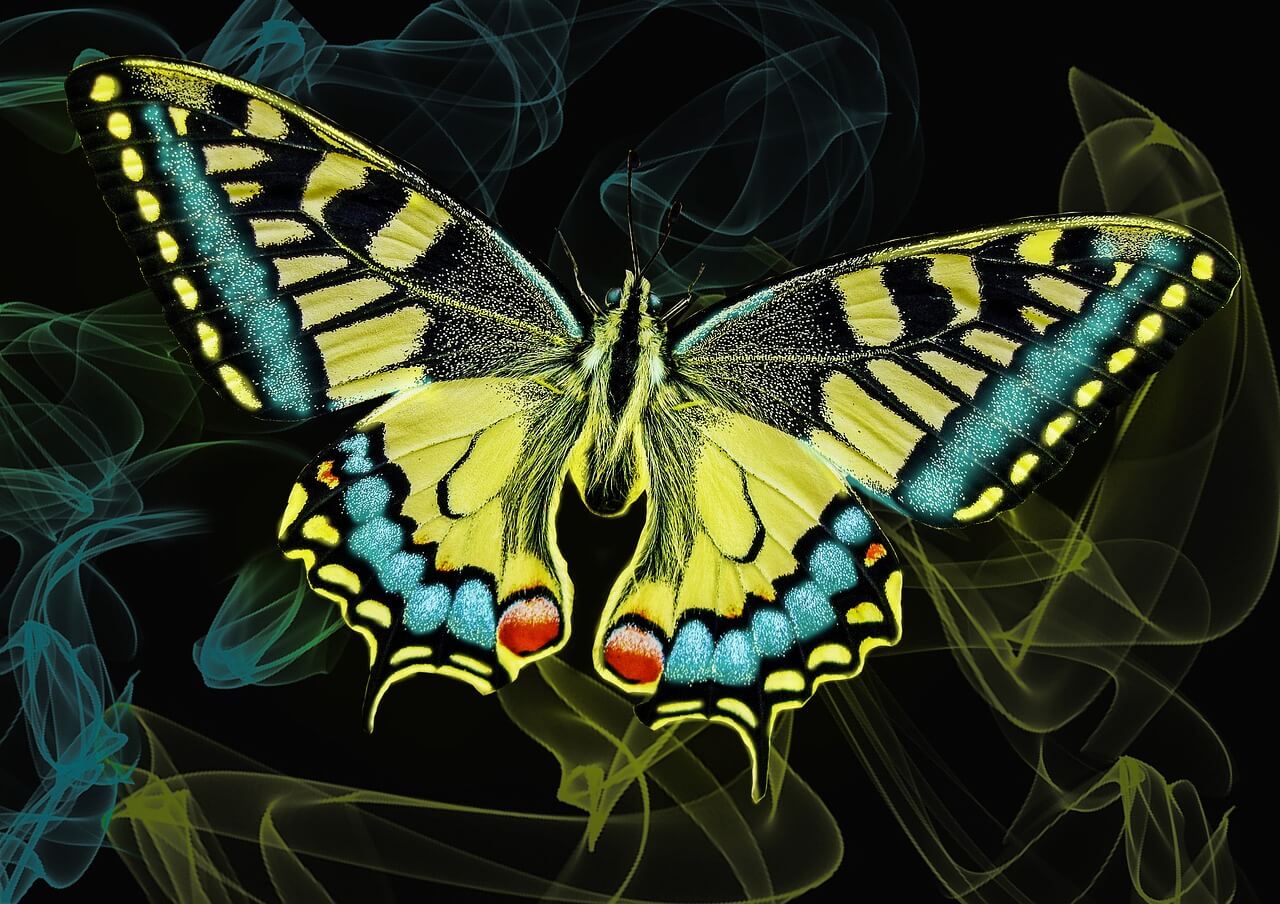 The Butterfly Effect and Cinema

The Butterfly Effect is a 2004 American drama, science fiction and thriller film. The Butterfly Effect movie stars Ashton Kutcher, Amy Smart, Eric Stoltz. The movie takes its name directly from the butterfly effect theory. The plot is as follows: Evan experienced bad events in his childhood, but he cannot remember these events fully because of his memory that goes back and forth.

As time passes, Evan becomes an adult and leads a normal life like other people without memory problems. One day, he accidentally reads one of the diaries he kept to solve the problem he had in his childhood, and he travels in time to return to the dark times where he cannot remember his unfinished memories.

Evan, who goes back to his childhood memories that he wrote in the diary and sent to the dark parts of his memory, and starts to travel in time, will realize that some things are not the same as before and that there are big changes when he comes back to his present life due to the events he changed by intervening in these journeys.

The film, named after the theory itself, tells how a small change in the past will affect the future in an unpredictable way. The beginning of unpredictable events can be accepted with the change of details that seem small at the beginning.

We have said that the butterfly effect is used not only in meteorology but also in many branches of science. For example: The Arab Spring movement started with the self-immolation of Mohammed Bouazizi in Tunisia. This event created a domino effect among countries in similar situations. Today, we are still watching what Arab countries are going through with this domino effect.

The reason for the start of the First World War was the murder of the crown prince of Austria-Hungary by a Serbian nationalist. After Franz Ferdinand said that he wanted to go to the hospital for the wounded soldiers, the driver took the wrong road while going to the hospital, and Princip, who was on the street at that time, killed Ferdinand. This little mistake changed world history because a driver just took a wrong turn.