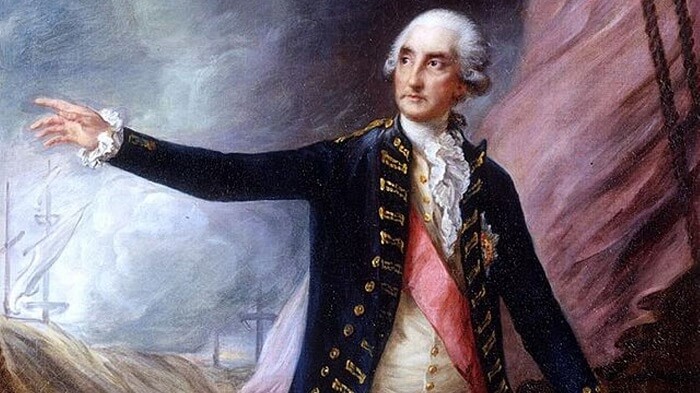 In 1748 he was sent to Newfoundland as governor. On his return three years later he was elected a member of Parliament. In 1759, during the Seven Years’ War against France, he was promoted to rear admiral. In 1761 he sailed to the West Indies, where he forced the surrender of Martinique and took possession of St. Lucia, Grenada, and St. Vincent. For these victories, he was promoted to vice admiral the following year and was made a baronet in 1764.

In 1779, a year after being promoted full admiral, Rodney was put in command of a fleet bound for the West Indies with instructions to relieve Gibraltar on his way. He accomplished this on Jan. 16, 1780, by capturing or destroying seven ships of the Spanish fleet. Continuing on to the West Indies he encountered the French fleet under the count de Guichen, near Martinique, with indecisive results, but with considerable loss on both sides. In April 1782, at the Battle of the Saints between Martinique and Dominica, he again met a French fleet in the West Indies, this time commanded by the count de Grasse.

After three days of fighting, he overcame the French by breaking their line at two points. He captured de Grasse and his flagship, the Ville de Paris, but lost the larger part of his spoil by not giving chase. Before the news of the victory reached England, Adm. Hugh Pigot had been sent to supersede Rodney. Rodney retired from active service with a pension and was made a baron. He died in London on May 23, 1792.