What is cataract of the eye? What are the causes, symptoms, diagnosis and treatment of cataract?

Cataracts vary greatly in size. Some affect only a small portion of the lens while others involve the entire lens. Some, called punctate cataracts, are collections of many tiny dotlike opacities. Although some cataracts, called stationary cataracts, always remain the same size, many are progressive, becoming larger and larger. The rate of progression, however, is usually not rapid, and it may be many years before treatment becomes necessary. 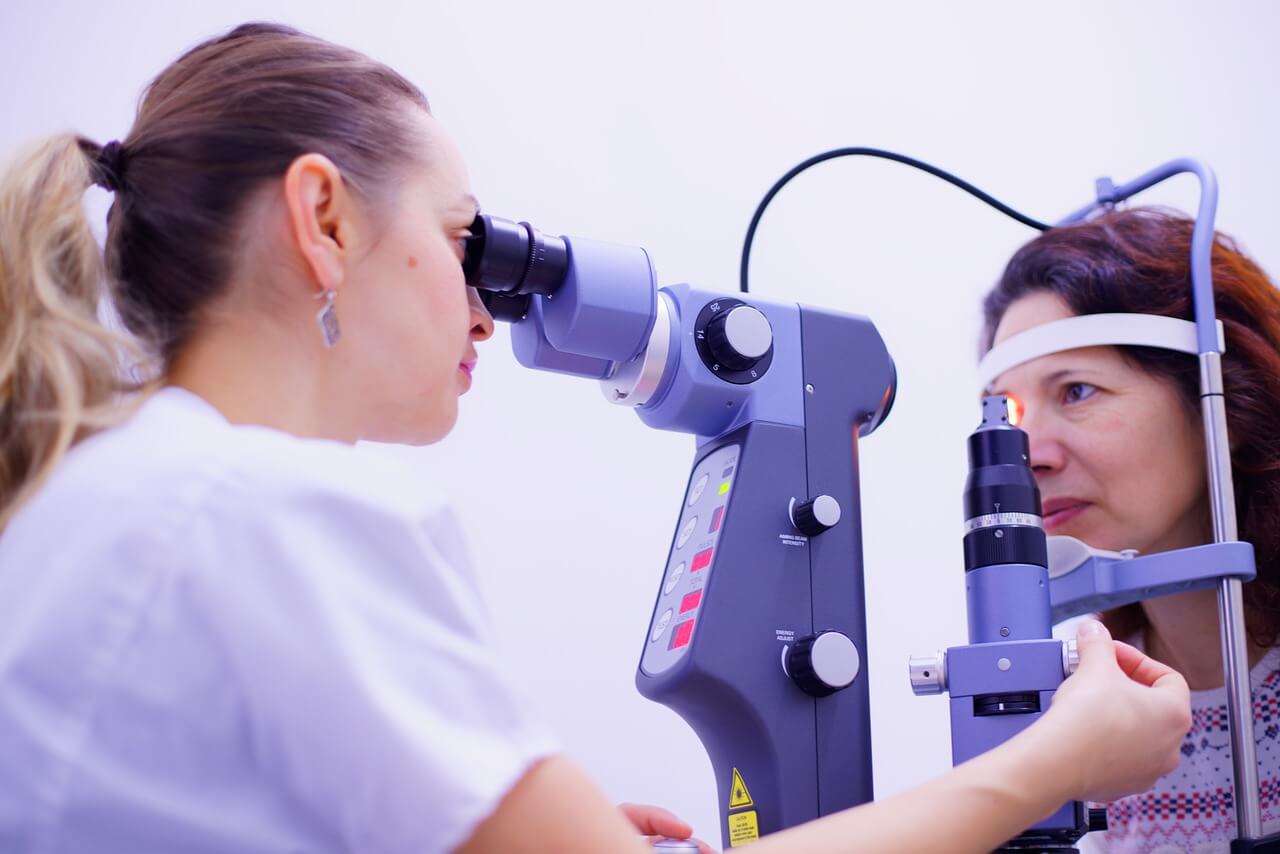 Cataracts occur most frequently in older people and are thought to be part of the normal aging process. Almost every person over 60 has some lens opacities. Cataracts that occur earlier in life may be due to many different causes. They are sometimes due to certain diseases, such as diabetes or cholera. They may also result from eye injuries, especially if the fluid-filled chamber in front of the pupil and iris is ruptured and the escaping fluid is absorbed by the lens. A cataract may also be due to an inflammation inside the eye, a dislocation of the lens, or a retinal detachment. Congenital cataracts, those present at birth, may occur if the mother contracted measles or German measles during pregnancy.

Because the clouding of the lens usually interferes with the passage of light rays into the eye, the person’s vision is often affected. The degree of sight loss, however, is determined by the extent and location of the opacity. A small opacity located in the edge of the lens may not affect vision at all, but the same size opacity in the center of the lens reduces vision considerably, especially in bright light, when the pupil opening is small. In dim light, when the pupil is larger, the person’s vision is less affected. Although some patients with cataracts occasionally complain of seeing spots, changes in color may occur only if the lens itself changes color. In some cases it has been known to become amber or brownish.

The diagnosis of a cataract is made by observing the passage of light rays through the lens to determine if the rays are being obstructed. The examination is made with an opthalmoscope or a special microscope called a slit lamp. By examining each layer of the lens, the doctor is able to determine the appearance, extent, and location of the opacity.

There are no known treatments, drugs, or manipulations that can cure or arrest the progress of a cataract. The only definitive treatment is the surgical removal of the lens. After the operation, when the patient has fully recovered, his vision may be restored by wearing glasses that perform much of the same functions of the lens.