What is diarrhea and how does it happen? Diarrhea symptoms and how to treat? How does diarrhea go? Information about getting rid of diarrhea. 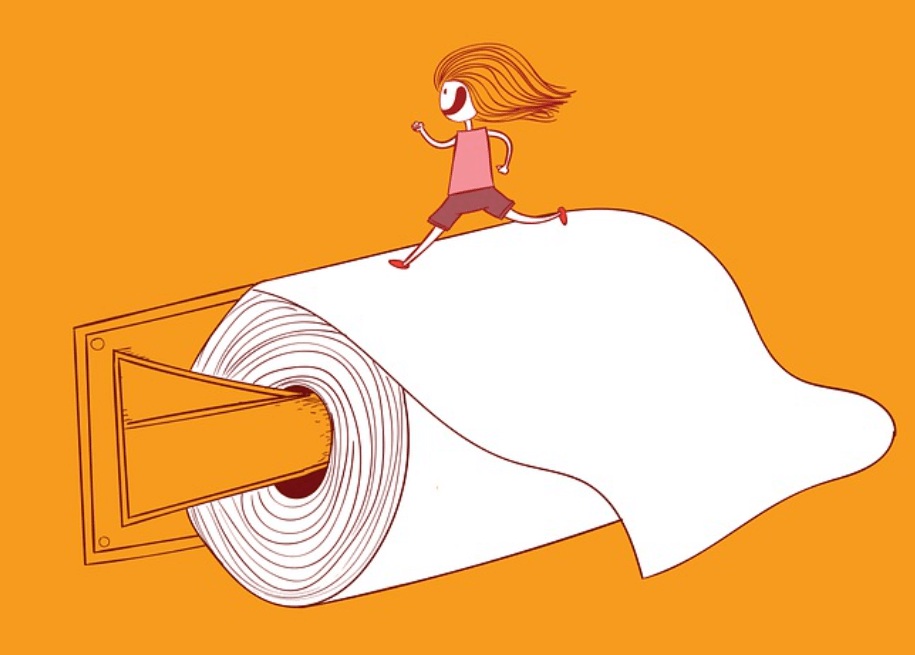 Diarrhea; is the frequent elimination of loose, watery stools, often accompanied by abdominal cramps and gas pains. Attacks of diarrhea vary greatly in severity and duration. They may last for less than a day or for more than a month. The stools may be only slightly loose, or they may be completely unformed and flecked with mucus or blood.

Diarrhea results when intestinal waste material passes too rapidly through the large intestine. Normally, the fecal matter remains in the large intestine long enough for much of the water and salts in it to be absorbed through the intestinal wall into the body. When a person has diarrhea, the water and salts are not absorbed but instead are eliminated from the body. In cases of prolonged diarrhea, the resulting dehydration and loss of salts may be very serious, especially in infants.

Diarrhea, like fever, is not a disease but only a symptom of an underlying disorder. The various causes of diarrhea are generally classified into four major groups: functional disorders, inflammatory disorders, generalized body disorders, and disorders of the large intestine, or bowel. In some cases, the cause of diarrhea cannot be found. For example, there is no known cause of the diarrhea that often afflicts people who travel in foreign countries.

Probably the most common functional disorder that causes diarrhea is spastic colitis, which is usually due to emotional stress. Other functional disorders include allergies to shellfish, strawberries, or other coarse foods; allergies to drugs; a deficiency of pancreatic juice secretions; a lack of vitamins; fatigue; and poor absorption of food materials in the stomach, particularly when part of the stomach has been surgically removed. Sometimes diarrhea is caused by the overuse of laxatives or cathartics.

The inflammatory disorders that may produce diarrhea include enteritis, ulcerative colitis, diverticulitis, and benign or malignant tumors. In infants, diarrhea often accompanies infections of the respiratory tract.

Among the generalized body disorders that may cause diarrhea are uremia, kidney disease, Graves’ disease (a type of goiter), overactivity of the thyroid gland, and hypertension (high blood pressure). Certain neurological disorders and poisoning by heavy metals, notably mercury and lead, are also known to produce diarrhea.

When a mild attack of diarrhea occurs in a person who is otherwise in good health, and if it lasts for only a day or two, it is probably due to a minor intestinal infection or emotional stress. To treat this type of diarrhea, the person should refrain from eating spicy and coarse foods and increase his intake of liquids.

When diarrhea is severe or is accompanied by fever, chills, or other symptoms, the person should consult a doctor as soon as possible. The importance of seeking medical help in these cases cannot be stressed too strongly, for it is extremely important that the underlying cause be diagnosed before more serious complications develop. The first step in diagnosing the underlying disease is a complete physical examination. Next, the patient’s stools are examined for blood, pus, parasites, and bacteria. Following this analysis, the lower portion of the large intestine may be examined with a sigmoidoscope. The large intestine may also be X-rayed in a search for ulcers, tumors, obstructions, and fistulas.

Once the underlying cause is determined, it is treated with the appropriate therapy. For example, antibiotics may be prescribed if the diarrhea is caused by a bacterial infection, and surgery may be required to correct a fistula. In addition to treating the underlying cause, the physician also prescribes therapy to control the diarrhea and correct the body’s salt balance. To restore lost salts, a salt solution is usually administered intravenously. Sometimes the patient’s level of blood serum proteins must be raised. This is done by transfusions of whole blood or blood plasma.

A bland diet and various medications are prescribed to alleviate the patient’s discomfort and control the diarrhea. The drugs most widely used include codeine and morphine derivatives, which are used only in severe cases; tincture of opium, also known as paregoric; and diphenoxylate hydrochloride (Lomotil). Although bismuth, pectin, and kaolin are extensively used, they are of little value in treating severe cases of massive diarrhea.