Antoine Henri Becquerel; (1852-1908), French physicist, who discovered radioactivity in 1896. For this achievement he was awarded the 1903 Nobel Prize in physics jointly with Pierre and Marie Curie.

Becquerel s discovery, which marks the beginning of modern nuclear physics, was stimulated by Wilhelm Roentgen’s discovery of X-rays in November 1895. When Becquerel heard of Roentgen’s discovery of X-rays, a penetrating radiation coming from a fluorescent spot on a cathode-ray tube, he thought that other materials might also emit such rays while fluorescing or phosphorescing. To test this idea, he wrapped a photographic plate in black paper to protect it from light, placed a crystal of phosphorescent material (which by chance contained some uranium ) on the wrapped plate, and caused the crystal to phosphoresce by placing the wrapped plate and the crystal in sunlight. 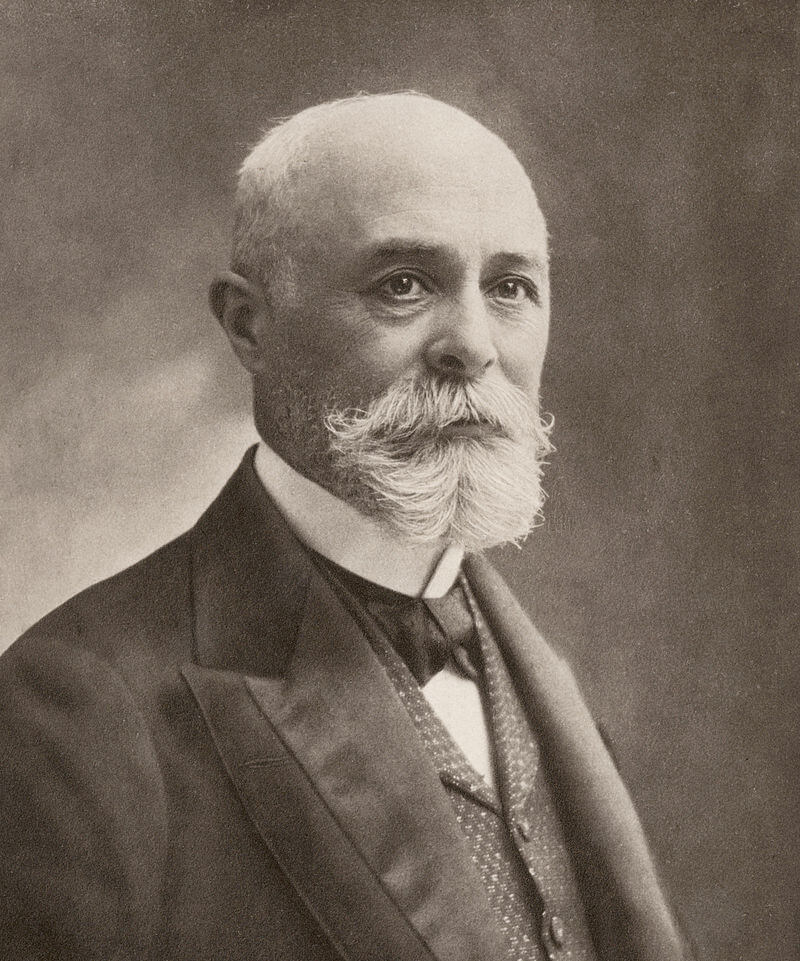 If this phosphorescing crystal emitted penetrating rays, they would pass through the paper and expose the plate. When developed, the plate would show a silhouette of the crystal. When such a silhouette appeared, Becquerel concluded that his hypothesis was confirmed and that the crystal had emitted X-rays as it phosphoresced.

Shortly thereafter, however, when a similar experiment was frustrated by cloudy weather, Becquerel returned a wrapped plate and a crystal to a dark drawer. However, because the phosphorescence of this type of crystal lasted no more than Yioo second after it was removed from light, Becquerel did not expect penetrating radiation from the crystal to affect this plate. Yet, rather than risk failure in case it had been exposed to diffuse light, he prepared a new plate when he continued his investigation.

Then, for some reason, he developed the old plate along with the new one and, to his surprise, found silhouettes of great intensity on the old plate. This crystal had emitted its penetrating rays in the dark, so it was clear that this radiation was not connected with the phosphorescence of the crystal as he had assumed. Once this misconception was corrected, Becquerel was able to determine that the source of the penetrating radiation was the uranium in the crystal. It was later shown that the penetrating radiation discovered by Becquerel consists of alpha particles, beta particles, and gamma rays rather than X-rays. 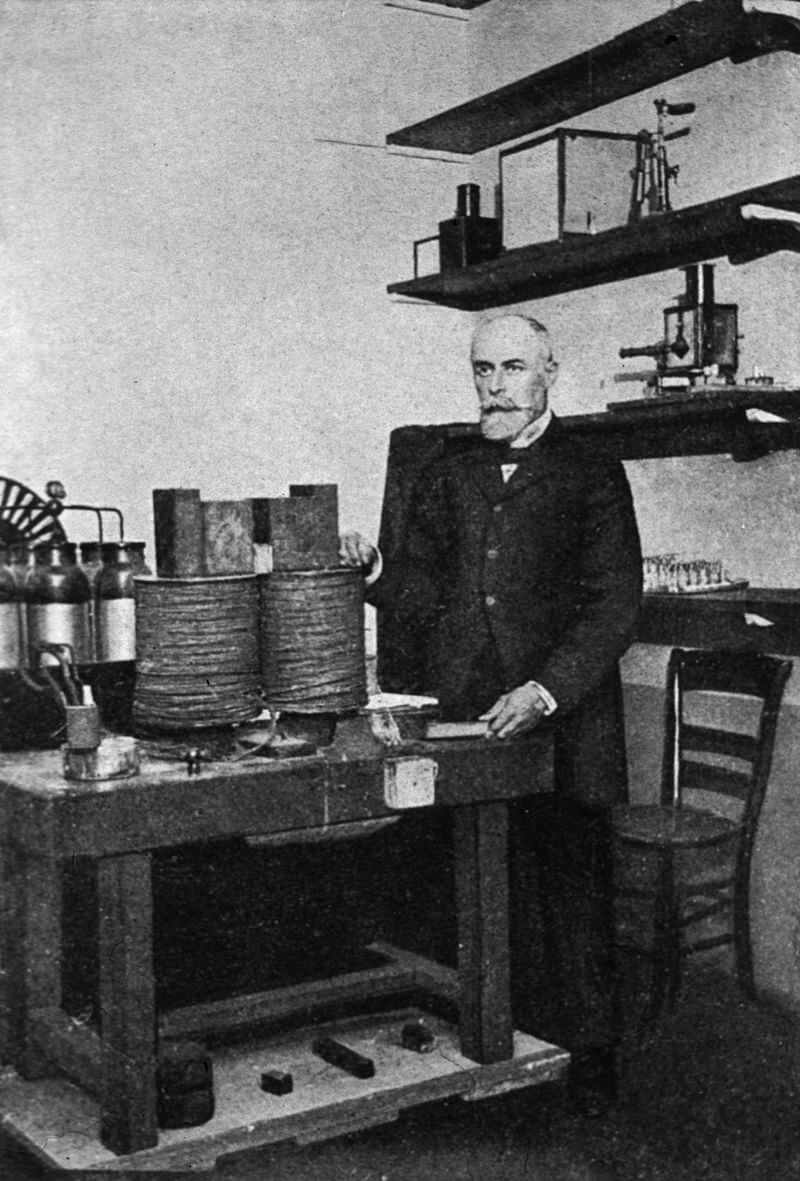 Becquerel was born in Paris on Dec. 15, 1852. He was the son of Alexandre Edmond Becquerel and grandson of Antoine César Becquerel, also physicists. He entered the École Polytechnique in 1872 and the École des Ponts et Chaussées in 1874. In 1875 he was appointed lecturer at the École Polytechnique. He became an assistant at the Musée d’Histoire Naturelle under his father in 1878 and later became professor of physics there in the chair previously held by his father and his grandfather. In 1888 he received the degree of doctor of science, and the following year he was admitted to the Académie des Sciences. He became a professor of physics at the École Polytechnique in 1895. He died at Le Croisic, Brittany, on Aug. 25, 1908.

Becquerel’s research included studies of the absorption of light in crystals, the rotation of polarized light in a magnetic field, and phosphorescence.