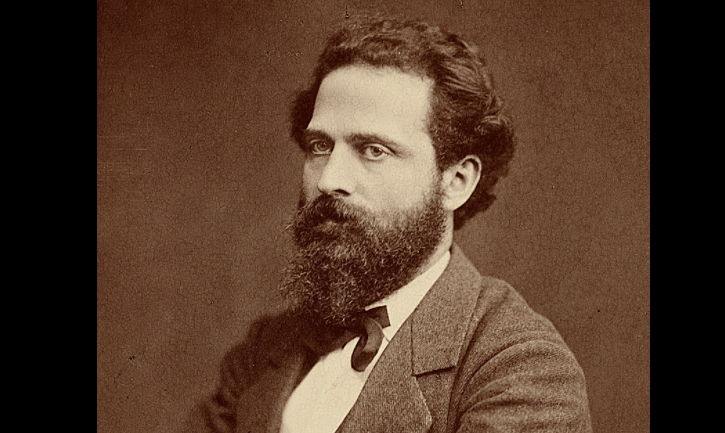 Viktor Meyer; German chemist : b. Berlin, Germany, Sept. 8, 1848; d. Heidelberg, Aug. 8, 1897. He studied at Heidelberg under Robert Wilhelm Bunsen from 1865 to 1868, then went to Berlin as assistant to Adolf Baeyer. After a year at Württemberg he became professor of chemistry at the Zurich Polytechnic in 1872 ; went to Göttingen in 1885, and in 1889 returned to Heidelberg to occupy the chair of his former professor, Bunsen. In spite of ill health he was a brilliant teacher as well as a tireless research scientist. His career was cut short by suicide.

Meyer’s is one of the important names in the history of chemistry. In 1874 he discovered the nitrocompounds of the aliphatic series, the investigation of which occupied him and his students for the following 20 years. In 1877 he described his method for determining vapor densities which, later refined so that densities at high temperatures could be determined, became known as the Meyer method. In 1882 he discovered the series of organic compounds known as oximes, and this began a fruitful study of isomerism of the oximes, and to his coining of the term stereochemistry. An accident during a lecture demonstration, in which a supply of pure benzene failed to give the expected reaction, led to the discovery in 1883 of a new substance, thiophene, a sulphur compound which had been present in the coal-tar benzene normally used in the demonstration. In 1891 Meyer carried out a series of experiments on the ignition temperatures of explosive gas mixtures, and in 1892 he began investigation of the iodoso compounds. From 1894 until his death Meyer and his students studied the phenomenon to which he gave the name steric hindrance, the influence exerted on a reacting group by the spatial arrangement of neighboring atoms.

Meyer’s publications include Pyrochemische Untersuchungen (1885), a collection of his studies on the vapor densities of inorganic substances ; Die Thiophengruppe (1888), on the thiophene compounds ; and Lehrbuch der organischen Chemie (1893-1896; 2d ed., 1922-1929), a two-volume textbook prepared by Meyer in collaboration with Paul Jacobson.