ACTINIUM, is a very rare radioactive element, atomic number 89. It occurs as one part in 7 billion in uranium minerals. 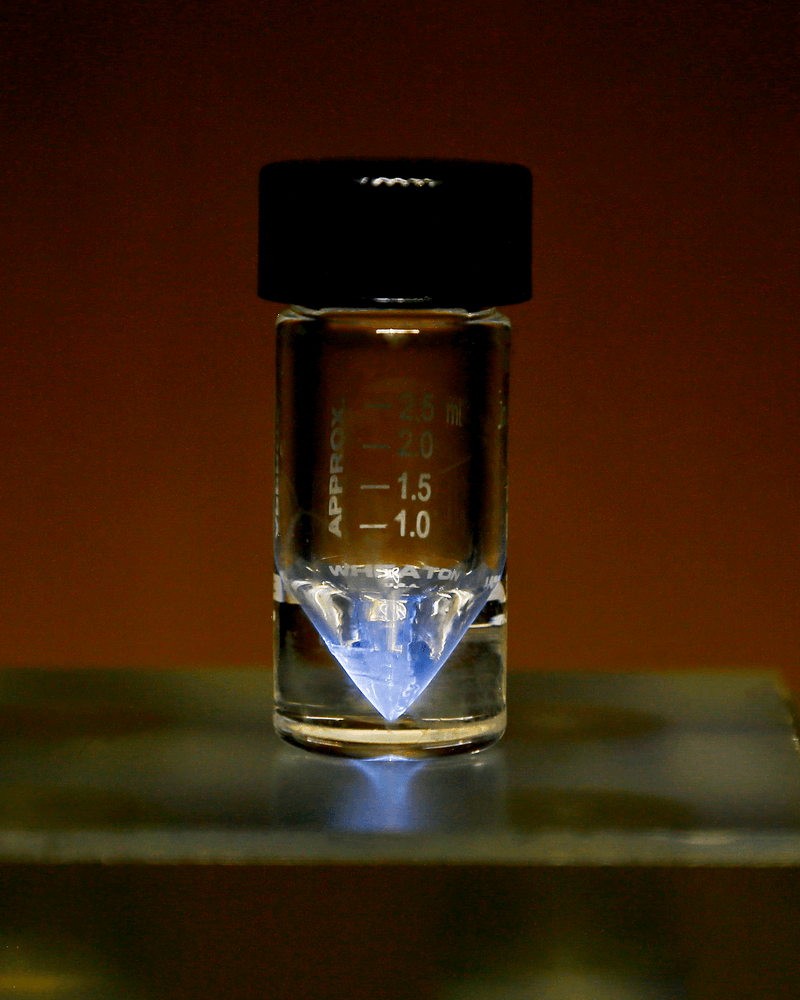 Actinium-225 medical radioisotope held in a v-vial at ORNL. Note the blue glow that originates from the ionization of surrounding air by alpha particles. (Source : wiikipedia.org)

A silvery white metal, it glows slightly in the dark. It oxidizes rapidly in moist air to form a coating of white actinium oxide. In compounds, actinium is colorless and trivalent. Actinium’s melting point is 1100° C; it has a face-centered cubic structure; and its Standard oxidation potential of about 2.6 volts indicates its highly electropositive character. Actinium was discovered in 1899 by Andre Debierne, a colleague of Marie Curie.

, in the decay chain originating with

. isotopes with mass numbers from

by beta emission, often is used in tracer level studies of actinium chemistry.

Chemical structure of the DOTA carrier for 225Ac in radiation therapy. (Source : wiikipedia.org)

Actinium is similar to yttrium and lanthanum in both electronic structure and chemistry. Because the crystal radius of

has greater basicity, causing differences in chemical properties sufficient to separate actinium from lanthanum and the lanthanide ions by ion exchange and solvent extraction techniques.

, and the trivalent lanthanides. Then oyltrifluoroacetone solutions in benzene separate actinium from these elements by solvent extraction. In aqueous solution 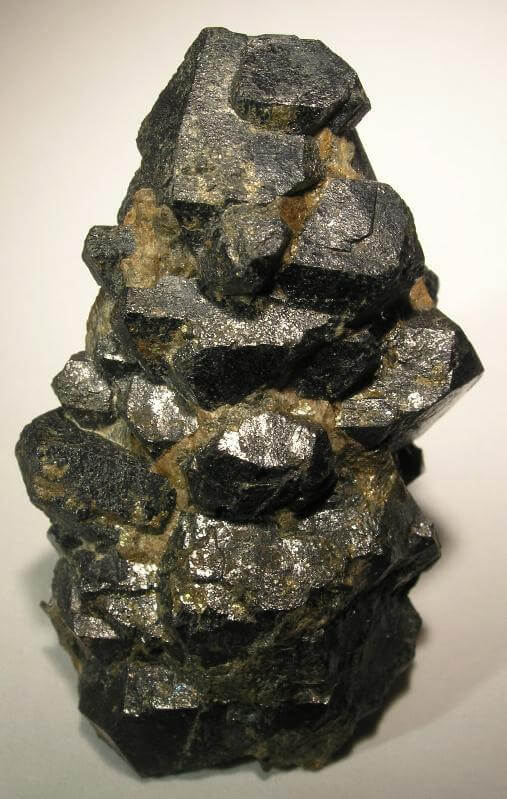 The fluoride, hydroxide, carbonate, phosphate, and oxalate compounds are insoluble and are used in purification. As a separation method, tracer concentrations of

are coprecipitated with lanthanum fluoride or oxalate. Iron hydroxide, aluminum hydroxide, barium sulfate, and zirconium iodate also may be used to coprecipitate tracer concentrations of

under proper conditions. Actinium is produced by the reduction of actinium fluoride or chloride with lithium or potassium vapor. It has no commercial uses.