What is gargoyle? Information on characteristics and history of gargoyles. What does it symbolize? 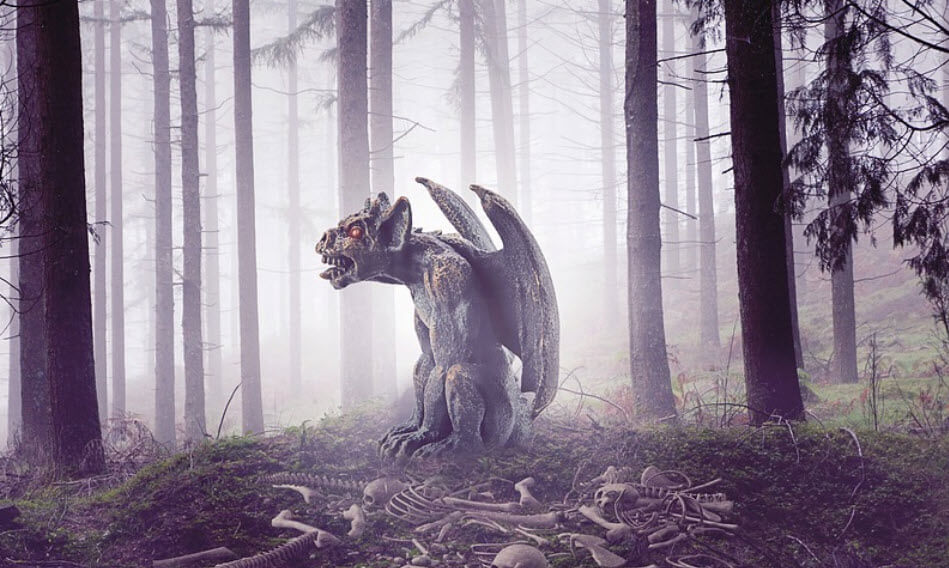 Gargoyle; a waterspout projecting from a roof gutter or upper part of a building to throw watqr clear of walls or foundations. From frequent rendering of such spouts as decorative figures, the term, derived from the Old French gargouille (Latin gurgulio), meaning throat or gullet, came to designate the figures rather than the spouts. It also was extended to include such figures not used as spouts.

Gargoyles are associated primarily with Gothic architecture. A shift from wood to stone for these figures probably occurred early in the 13th century, and their extension to nonfunctional use developed soon after. As Gothic gargoyles tend to be fanciful and highly expressive in physiognomy, they are frequently called grotesques. Although stylistic and symbolic significance has been attached to gargoyles, their character can be attributed to the prolific imaginative energy that marked the Gothic age.

The subjects cover a wide range and are not always grotesque. Animal themes, both wild and domestic, and weird mixtures of animals, called chimeras, predominate. However, heads or figures of people, ranging from wild men to knights, also occur. The tenor of the subjects is not necessarily evil, but includes devotional types such as monks and pilgrims.

Gargoyle-like figures are to be found in Gothic house decorations and especially in the prolific elaborations on choir stalls. The vigorous, expressive, and spontaneous nature of all such work renders it among the most appealing of Gothic art forms to the modern taste.

What does gargoyle symbolize?

A gargoyle is a type of architectural ornamentation that typically takes the form of a carved stone figure with a spout designed to channel water away from the building. Historically, gargoyles have been used as decoration on buildings such as churches, cathedrals, and castles.

Gargoyles often have a grotesque appearance and were often used to symbolize evil or to ward off evil spirits. They were thought to have the power to protect the building and its inhabitants from evil forces. Some of them were also used to represent a specific demon or devil, which was believed to be defeated by the presence of the gargoyle.

In addition to their symbolic role, gargoyles also served a practical purpose as a way to channel rainwater away from the building, helping to prevent damage to the structure.

What Are the Most Famous Gargoyle Examples?

Some of the most famous examples of gargoyles include:

These are some of the most famous examples of gargoyles, but many other cathedrals, churches, and castles around the world also feature these architectural elements.