Who is Robert Hooke and what did he do? Information about English physicist and inventor Robert Hooke biography, life story and works. 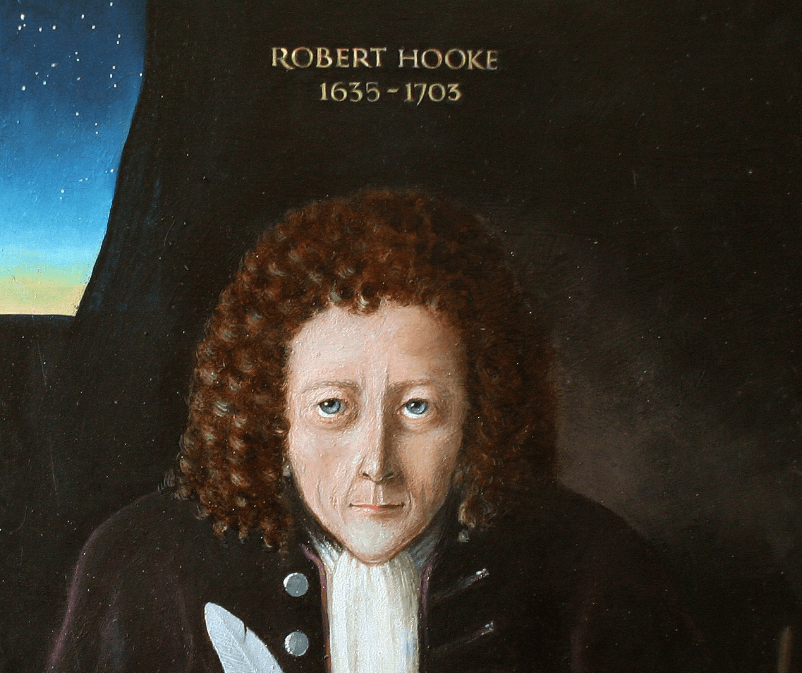 Robert Hooke (1635-1703), English physicist and inventor, who is best known for his formula-tion of Hooke’s law of elasticity. The greatest mechanic of his age, he was also a prohfic the-orist and investigator in such diverse fields as microscopy, optics, acoustics, and cosmology.

Robert Hooke was born at Freshwater, isle of Wight, on July 18, 1635. His father, John Hooke, was minister of the parish. Robert attended Westminster School as a boy and entered Christ Church college, Oxford, in 1653. There he met Robert Böyle, who, impressed by Hooke’s manual dexterity and inquiring mind, employed him in 1655 as a laboratory assistant. Hooke helped build the air pump—modeled on Otto von Guericke’s—with which Böyle performed his early experiments on rarefied air and its physical and physiological effects.

In 1662, Hooke was appointed curator of experiments of the recently formed Royal Society of London, of which he became a fellow in 1663. It was his responsibility to devise experiments and perform those conceived by other fehows, and the post, which he held throughout his life, undoubtedly provided him with access to ideas and instruments that would not otherwise have come his way. He became professor of geometry at Gresham College, London, in 1665, and from 1677 to 1682 he served as secretary to the Royal Society. After the Great Fire of London (1666) he was appointed city surveyor; in this post he designed several buildings and accumulated a small fortune. He died in London on March 3, 1703.

Robert Hooke’s achievements were considerable. His Micrographia (1665), a landmark in the history of microscopy, introduced the term “celi” (in reference to microscopic plant structure). In 1676 he enunciated his law of elasticity (see Hooke’s Law). Hooke also studied crystal strueture and the properties of sound. He was the first to use a spiral spring to regulate watches and the first to measure the force of gravity by the motion of a pendulum. He also invented a number of useful instruments, ineluding the wheel barometer. His researehes on air and its respirability led him to suggest that it must contain something uniquely fitted to support life, thus beginning a line of investigation which culminated in Antoine Lavoisier’s discussion (1777) of the role of oxygen in respiration and combustion.

Hooke’s life, both scientific and personal, was unfortunately poisoned by his character. Although he sensed his own originality and brilliance, he was ever conscious of his relatively low social origin and his early lack of private means. He was particularly unfortunate in that, despite his professorship of geometry, his education had not emphasized mathematics: time and time again he was to perceive things, almost intuitively, which—for lack of mathematical sophistication—he could express only clumsily. Hooke therefore often abandoned projects that he had just begun, and he often felt himself to be the vietim of others who had stolen his ideas and expressed them in the elegant formulas of mathematics. There is little doubt, for example, that he had had a glimmering of the idea of universal gravitation and even that he sensed that this force nıust vary inversely with the square of the distance. What he lacked was the mathematical ability and training to convert this idea into the imposing ediflce that Newton constructed in the Principia. As a result, he was almost constantly involved in disputes över priorities, which turned him into a bitter old man.