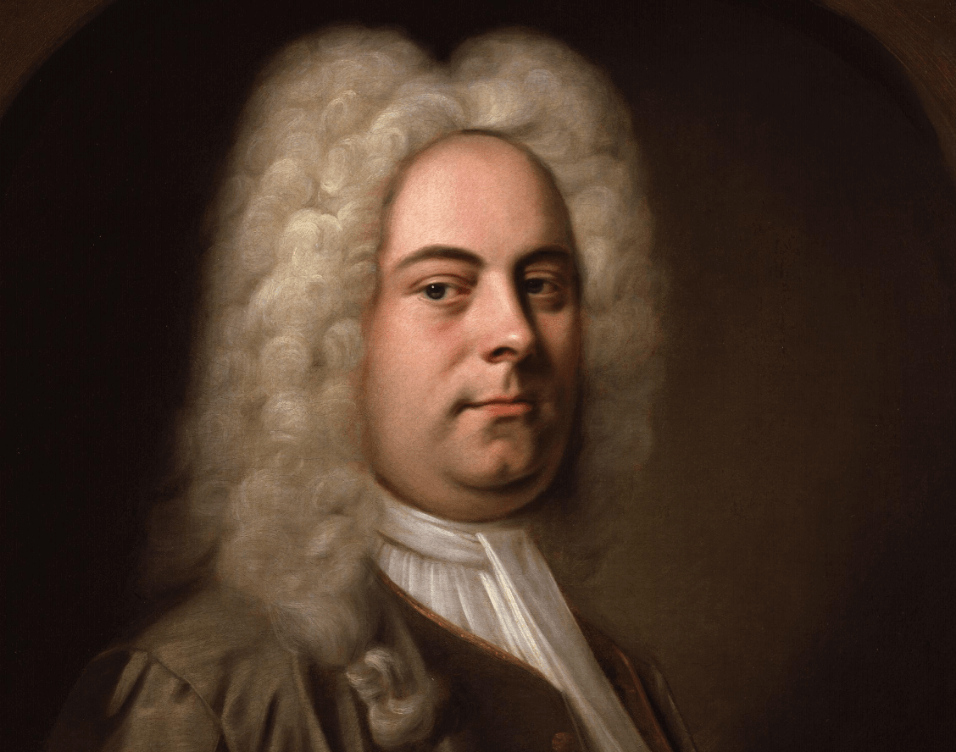 George Frideric Handel; (1685-1759), German^English composer, who, along with his contemporary Johann Sebastian Bach, is recognized as one of the two greatest composers of the late baroque age. Unlike Bach, Handel was a public figure for most of his life and was not forgotten on his death. However, Handel’s music, misunderstood and defaced by false traditions of scoring and interpretation, had to wait many years longer than Bach’s for full understanding. Many of his works have won acceptance only recently.

While he made important contributions in nearly every field of music, Handel was primarily a composer for the theater, flrst in Italian opera, later in English oratorio. His style, like his background, was cosmopolitan. Although his most famous oratorio, Messiah, has become an object of reverence in many Christian, especially Protestant, communities, his art is marked less by religious feeling than by a noble humanism that takes as its province the heroism and sufferings of the individual on the one hand and the harmonious ordering of society on the other. Although his influence on English music was minimal, largely because his work was valued for its supposed ethical content rather than for its artistic achievement, various Continental successors learned from his example. Beethoven acclaimed him as “the master of us all.”

Georg Friedrich Handel was born at Halle on Feb. 23, 1685. (In Italy he used the form “Hendel”; in England, where he settled in 1712 and was naturalized in 1727, he adopted the spelling “George Frideric Handel.”) He was the son of a barber-surgeon, who intended him for the law but permitted him to study music under Friedrich W. Zachow. In 1702, Handel entered Halle University and was appointed organist of the cathedral in Halle. He resigned, however, in 1703 and moved to Hamburg, where he played the violin and harpsichord in the opera orchestra. His first opera, Almira, was successfully produced at Hamburg in 1705.

Handel spent the years 1706-1710 in Italy, where he met many leading composers, including Corelli and the Scarlattis. These years were very important in the formation of his style. His many Italian compositions included two operas two oratorios, the serenata Acı, Galatea e Polifemo (1708), some Latin (Catholic) church music, and more than 100 secular cantatas with keyboard or instrumental accompaniment. The opera Agrippina (1709) triumphantly crowned his Italian composing career. He also became famous as an organist and harpsichordist.

In 1710, Handel was appointed Kapellmeister to the Elector of Hannover, the future George I of England. Later that year he went to England and composed Rinaldo, the first Italian opera specially written for the London stage. its enthusiastic reception led him to return in 1712, and, except for a few professional visits to the Continent, he spent the rest of his life in London. He never married.

Handel’s first important settings of English words were a Te Deum and Jubilate to celebrate the Treaty of Utrecht and an Ode for Çueen Anne’s Birthday (all 1713). Queen Anne granted him a pension, later increased by her successor George I, to whose granddaughters he served as music master.

From 1712 to 1717, Handel worked mostly for the opera house in the Haymarket. When this closed, he was employed for two years by the Duke of Chandos, at Cannons in Middlesex, where he composed the 12 “Chandos” anthems and the stage masques Acis and Galatea (?1718) and Esther (1720).

When the Royal Academy of Music was founded at the Haymarket Theatre in 1719, Handel became its unofficial musical director. Among the most outstanding of the 14 operas he wrote for the academy were Radamisto (1720), Giulio Cesare (1724), Tamerlano (1724), Rodelinda (1725), and Admeto (1727). The academy’s later years were marred by political factionalism, fînancial problems, and quarrels between the partisans of the leading singers. Public support fell off, partly because of the success of John Gay’s The Beggar’s Opera (1728), which satirized serious opera, and the academy closed in 1728. During this period Handel also composed four anthems (1727) for the coronation of the new king, George II. 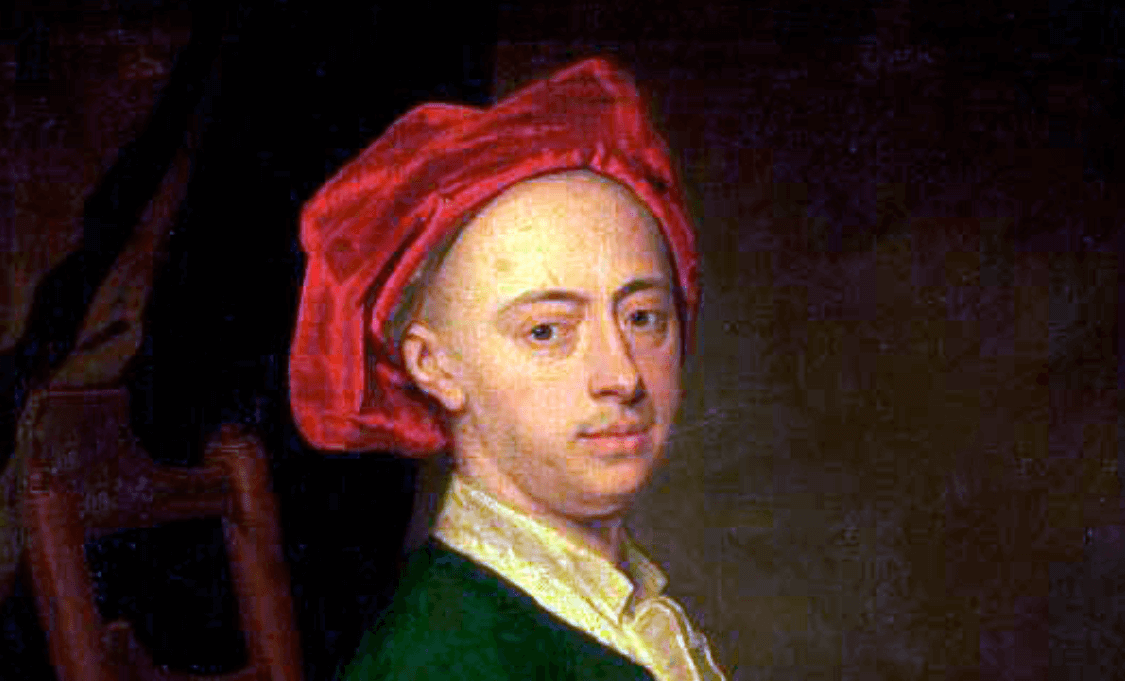 Between 1729 and 1733, Handel wrote six operas—among them the superb Orlando (1733)— for the so-called “Second Academy,” which he ran at the Haymarket Theatre with the impresario Johann Jakob Heidegger. A successful private concert performance of the masque Esther in London in 1732 led to the establishment of English oratorio, a form hitherto unknown. When pirated performances of Esther and Acis and Galatea were advertised, Handel retaliated with revised and enlarged versions, using Italian opera singers because of their great public appeal and an English chorus. Because the bishop of London objected to the presentation of a sacred story in the opera house, there was no stage action; but the performances were very popular. In 1733, Handel visited Oxford and gave the first performances of the oratorio Athalia.

In the early summer of 1733 a quarrel led to the secession of most of Handel’s Italian singers from his London company and the foundation of a rival establishment, the Opera of the Nobility. The two companies competed for four years, until both were ruined. In 1734, Handel moved to the new theater in Covent Garden. There a ballet troupe led by the French dancer Marie Salle inspired him to a happy expansion in range and variety in such operas as Ariodante and Alcına (both 1735). However, all Handel’s subsequent operas, including his last one, Deidamia (1741), were failures. His major success of the period was the setting of Dryden’s ode Alexander’s Feast (1736).

In 1741-1742, Handel visited Dublin where he gave the first performance of Messiah (1742). Back in London his life fell into a regular pattern. In the summer he composed; in the late winter and spring, generally during Lent, he conducted London seasons of oratorio. These were all at Covent Garden, except that of 1744-1745 at the Haymarket, which was a fînancial failure and led to another breakdown in his health. The 1743 season was remarkable for the great success of Samson (based on Milton’s Samson Agonistes) and for the failure of Messiah, under the title of A New Sacred Oratorio. The use of Biblical words in a theater provoked angry controversy, as it had earlier with Israel in Egypt.

Handel composed many masterpieces in the next decade, among them the musical dramas Semele (1744; based on an old opera libretto by William Congreve) and Hercules (1745) and the oratorios Belshazzar (1745), Solomon (1749), Susanna (1749), Theodora (1750), and Jephtha (1752). The most successful of the series was Judas Maccabaeus, composed in 1746 in tribute to the Duke of Cumberland’s victory over the Jacobites at Culloden.

Handel also continued to compose instrumental music and occasional works for church and state. These included a Te Deum and an anthem in honor of George II’s victory at Dettingen (1743), Music for the Royal Firetoorks, celebrating the Treaty of Aix-la-Chapelle, and the Foundling Hospital Anthem (both 1749). The latter was written for the opening of the hospital’s new chapel. Handel was elected a governor of the hospital in 1750 and in the same year began his practice of conducting Messiah in the chapel for the hospital’s benefit. This was the only oratorio performed in a sacred building during Handel’s life; its popularity in London dates from these performances.

Early in 1751, during the composition of his last oratorio, Jephtha, Handel’s sight began to fail. An operation in 1752 was unsuccessful, and he soon became blind. He continued to direct his oratorios from the keyboard, but composition was restricted to a few additions to earlier works, dictated to his pupil John Christopher Smith the younger. His last years were prosperous and free from controversy. He died in London on April 14, 1759, and was buried in Westminster Abbey.