Imperialism is called facts, actions and doctrines, tending to the domination of one nation over another. Imperialism has existed since the dawn of the history of humanity, but concretely the term imperialism is used to define two historical periods.

European imperialism that spanned the fifteenth century, until the beginning of the nineteenth century, focusing mainly on the dominance of European nations over territories and populations, mainly in America and to a lesser extent in Africa and Asia, in cultural, religious, political, and cultural fields. economic, as well as a marked migration to these territories and colonization of them, mainly in America, calling it colonialism; and to a later phase to which it is denominated properly with that denomination, that included from half-full of Century XIX until the years 70 of Century XX, concentrating mainly in Asian and African territories, with tendencies to the operation of the natural resources of the territories conquered, the exploitation of the inhabitants and the creation of markets for the surplus products of the imperialist nations, having a markedly militaristic nuance in the expansion to subdue the peoples, impose their culture, uses and traditions of the dominant nations to the subjugated peoples, causing acculturation of them.

From the first world war and the consequent weakness of some empires, the independence movements of some countries managed to advance, (this is the case of Ireland that became independent in 1921 and that of several Baltic countries with respect to Imperial Russia), but the The main advances of the anti-colonialist and pro-independence currents of the subjugated peoples occurred after the Second World War, with the weakening of English, French, Italian, Spanish, Portuguese, Dutch, Belgian, Japanese and American imperialism, initiating peaceful processes and in the direction of the independence of several nations, reaching the culmination of their independence in its majority until the decade of 1970 of the twentieth century, in terms of the political, but to a great extent continues a domination or economic dependence towards the nations that had colonized. 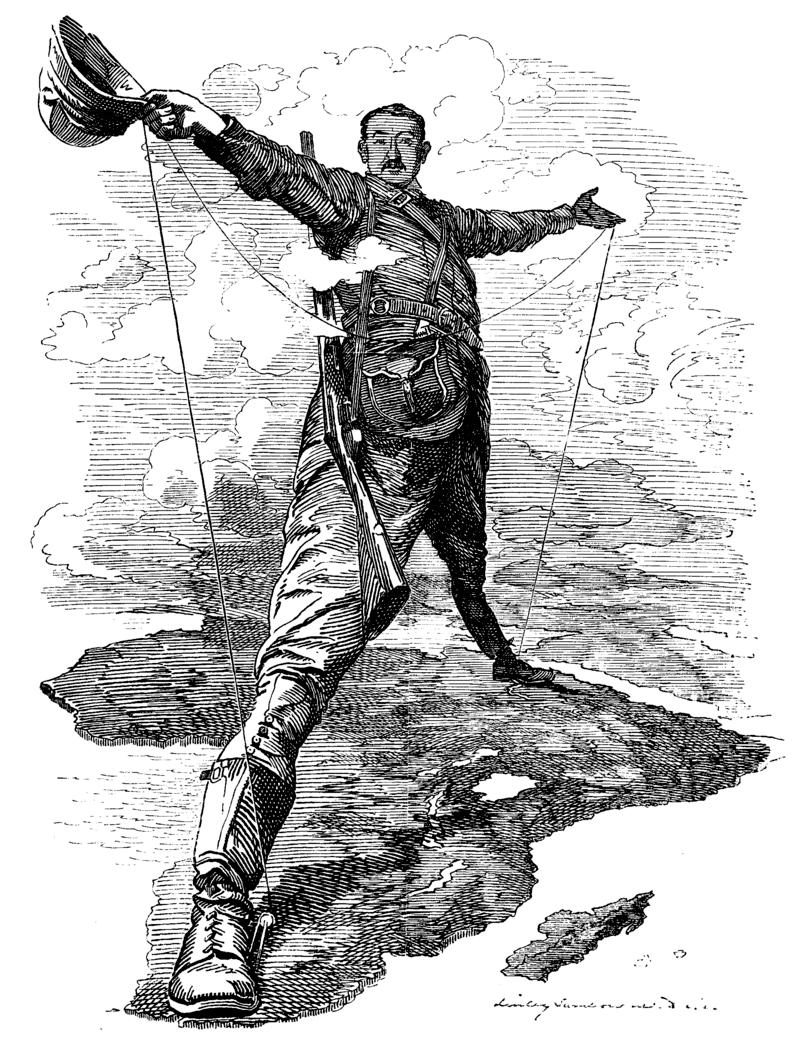 Currently there is another phenomenon that is called imperialism or neo-imperialism and is mainly exercised by the US, England and other Western nations, and is basically cultural and economic, which occurs through the dominance of most industries , economic institutions, media and entertainment, within the borders of other countries, combined with the constant military interventions of countries in conflicts outside their territories, in which their political-economic interests are threatened.

Most important characteristics of imperialism:

Imperialism is characterized by the establishment of the domination of one nation by another, through the use of force, intervening militarily and invading the country, taking power either fully or partially, or subtly through the complicity of powers. natives of the country.
It is characterized by the means of production of the colonized country, are in the hands of people or industrial and commercial emporia belonging to the imperialist powers, meaning capital, machinery and ownership of mines, land and plantations producing raw materials, production fisheries and manufacturing industries.

It is characterized by maintaining a military or police control within the country, to avoid uprisings and quell revolts, being in many cases trained aboriginal armed forces, indoctrinated and paid by the colonial power, as in the case of the Sepoys, who were soldiers from the country but at the service of foreign powers.

It is characterized by the benefits of trade are directed towards the dominating power, buying raw materials at low prices, and selling materials manufactured by the imperialist power at high prices, in some cases forcing their purchase to the detriment of the products of the emerging industries of the country, which are not under the dominion of businessmen or merchants of the dominating country.

It is characterized by the market monopoly of the dominated nation, in favor of the imperialist power, seeking that products from another neighboring country or another imperialist power, do not obtain a market within the colony, being exclusive trade in some products and manufactures basic or of capital importance, marketed exclusively by the power that dominates the country.

Imperialism is characterized by maintaining the political power of the dominated country, in the hands of a few, whether they are indigenous people related to the imperial power, or by officials appointed from the imperialist metropolis.

With regard to the social sphere, imperialism was characterized by the fact that the local population was treated on many occasions as second or third class people, both for obtaining public office and for obtaining jobs in the industry or trade, as well as ethnic discrimination to the detriment of the indigenous inhabitants, or migrants from other colonies. An example is the case of South Africa where, the European inhabitants, (English and Dutch), discriminated against the native black populations, in all political, economic and social spheres, until the end of the 20th century. In the same way there was unequal treatment in these areas, with populations brought from other colonies such as Indians who were taken to South Africa by the English government to work in the plantations, mining and construction of the railways to whom they were treated as Second class people