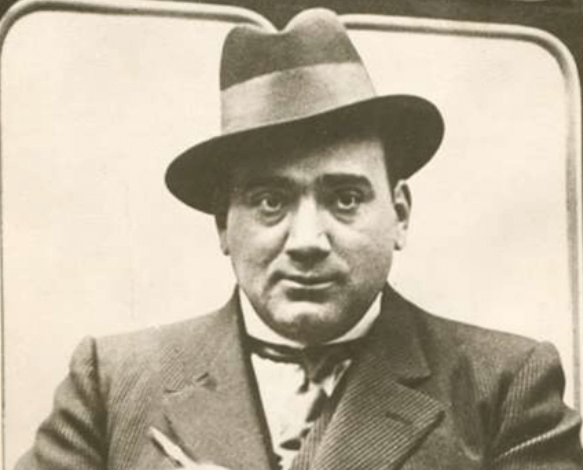 Enrico Caruso; (1873-1921), Italian operatic tenor, who was one of the most famous, influential, and best-loved singers of all time. His artistry represented a clear departure from the old-fashioned school of vocalism in which beautiful tone and technical agility were all-important. Caruso, who possessed these elements, blended them with a human warmth and an instinctive dramatic sense to create a superbly harmonious artistic whole.

Caruso was born in Naples on Feb. 25, 1873. He studied voice for several years with Guglielmo Vergine and then with Vincenzo Lombardi. He made his debut at the Teatro Nuovo, Naples, in 1894, and later sang throughout Italy. He had his first great success in 1898 when he was in the cast of the premiere performance of Giordano’s Fedora at Milan’s Teatro Lirico. In 1900 he joined La Scala, Milan, and within two years had established an international reputation.

Caruso made his London debut at Covent Garden in 1902. He sang there frequently in succeeding years in operas that included La Bohème, Les Huguenots, and Carmen. His New York debut at the Metropolitan Opera took place in 1903. He sang over 600 times at the Metropolitan in more than 35 Italian and French operas and was the tenor star of every opening night (with one exception) from 1903 to 1920.

Caruso made recordings of about 250 operatic excerpts and art songs, and many of these have never left the active catalog. Despite technical limitations, these recordings are a true mirror of his art. Caruso had a voice of sensuous richness and great power that grew progressively darker in timbre during his maturing years. His style was emotional and distinctly Italianate, yet he did not indulge in inartistic excesses. An impressive range and technique also contributed to the totality of his interpretative excellence.

Caruso’s last appearance in New York was in La Juive on Dec. 24, 1920. He was found to be suffering from pleurisy, with complications, and after several operations returned to Italy. He died in Naples on Aug. 2, 1921.