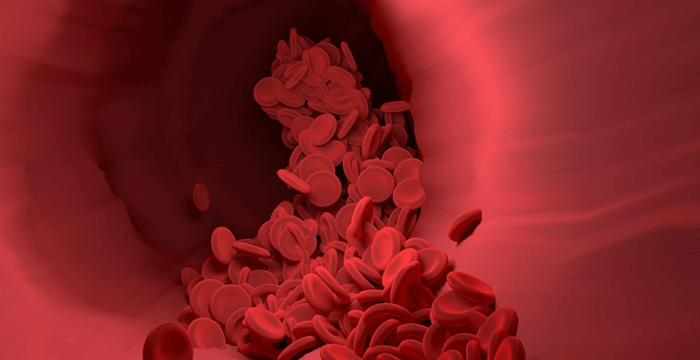 Under the microscope, red blood cells appear as tiny round or slightly oval discs. They have an average diameter of 7.5 microns and measure at least 1 micron thick at the center. (One micron equals about 1/25,000 of an inch.) Each cell has a volume of about 90 cubic microns. The outer membrane of a red blood cell is very elastic, allowing the cell to change its shape as it squeezes through narrow capillaries. Although mature red blood cells do not contain a nucleus, they are still considered living cells, because they contain enzymes that enable them to metabolize glucose and products broken down from glucose.

About 1% of the red blood cells in the blood contain a thin reticulum, or network. These “young” cells, called reticulocytes, have just entered the bloodstream from the bone marrow, where they have been formed by cells known as erythroblasts. Red blood cells have a life span of about 120 days. As they become old and worn out, they are captured and disposed of by reticulum cells in the spleen and other organs. The process of red blood cell destruction is called hemolysis. Most of the materials from the destroyed cells are used again for the formation of new cells.