What is Geography, what is it about? The study of geography science and branches. Information about geography.

Geography; The word “geography” comes from two Greek words, ge, meaning “earth”, and graphein, “to write”. The people who study geography are known as geographers and nowadays most of them are interested not only in the earth’s surface—its physical features, its climate, its vegetation and its soils—but also in the people who live on the earth—in what they do and what they produce and the way in which they live. So today geography is really the study of the earth as the home of man. As it is a very broad subject it is divided up into various branches, such as physical geography, human geography and regional geography. This article tries to give some idea of these different branches of the subject.

You have probably enjoyed exploring the countryside when you have had the chance, even if this was only when you were on holiday away from one of our many towns. In this way, perhaps without realizing it, you had your first lessons in one kind of geography—physical geography. When the weather was good, you found your way to the nearest stream or wood, learning about them as you played. One day you may have climbed to the top of a hill and gazed at the country round, seeing perhaps how the stream ran through a broad valley and eventually found its way to the sea, or how the hill you were standing on was only part of a whole range of hills. Physical geography is concerned with the form of the earth’s surface and with its natural features, such as hills and valleys, streams and woods.

Perhaps, if you returned from your holiday to a large town like London, you began to wonder what the land was like before men built that great city of brick and concrete, with its network of roads and railways stretching out in all directions, and its docks on the River Thames where ships land cargoes from all over the world. It may have made you realize that man has altered the world he lives in, although he still has to make his way of life fit in with the conditions around him. Human geography studies those things that man has created on the earth’s surface, not only the great cities like London or New York, but also villages and farmhouses, roads and railways, cultivated fields, mines and factories. Human geography also tries to find out how the lives of people are affected by the environment, or conditions, of the place where they live.

So a geographer needs to know a great deal about any place or country and for this purpose he uses maps. Surveyors measure the shape of the land and cartographers use these measurements to draw the map. The map shows the latitude and longitude of a place and how far it is from oceans, seas and rivers and from other places and countries. The geographer also needs to know whether a country is mountainous, hilly or flat, as this will give some idea of the difficulties of travelling about. Different heights above the sea level are shown on a special kind of map called a relief map. The geographer will also want a map showing the structure and rock formation at the earth’s surface, known as a geological map. 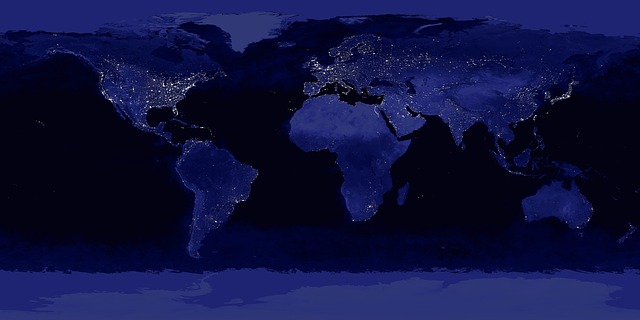 Certain kinds of minerals, such as coal, iron ore and oil, will be found only in certain types of rocks; and some rocks break up to form better soils than other rocks and some soils are much more easily cultivated than others. Other maps will tell the geographer about the climate— how hot or cold it is at different times of the year (temperature), how much rain falls and at what season it comes, and so on. The natural vegetation depends very much upon the soil and the climate, for these decide whether it is forest, sand, grassland, marsh or desert. All these things tell the geographer what the habitats, or homes, of the different animals will be and suggest the kind of life that men will lead in the different parts of the earth’s surface.

Man is a thinking animal and can often put his ideas into practice. He is, therefore, able to fit himself into many different kinds of environment in the world and even to alter his surround-ings to suit himself. He has built roads and railways, making tunnels through mountains and building bridges over rivers, and has invented ways of moving surely and swiftly from one place to another, not only by land but also by sea and by air. He has discovered ways of communicating by telephone, telegraph and radio, so that he can quickly make contact with others a long way off. He cannot lower the level of the ocean or turn a mountainous country into a plain, but he has drained swamps and cut terraces into hillsides in order to have more land to cultivate. Although he cannot produce gold or iron ore from rocks where none exists, he has discovered minerals such as nitrates (containing nitrogen) and used them as fertilizers for crops where the soil is poor.

He is trying, with some success, to make rain fail when and where he wants it, and has discovered many other ways of altering the climate. He can, for example, irrigate (artificially water) his fields in a dry region, and use drying machines for his grain crops in a wet area. Where it is cold he knows how to heat his home, and where it is hot he can now store his food in refrigerators. Over huge areas he has destroyed the natural vegetation and in its place planted crops of his own choosing. He has also destroyed many of the larger wild animals, while others are kept on his farms as domestic animals which he improves by careful breeding. In some countries he has found ways of getting rid of in-sects like mosquitoes, which carry malaria, but is still plagued by many other pests and diseases. 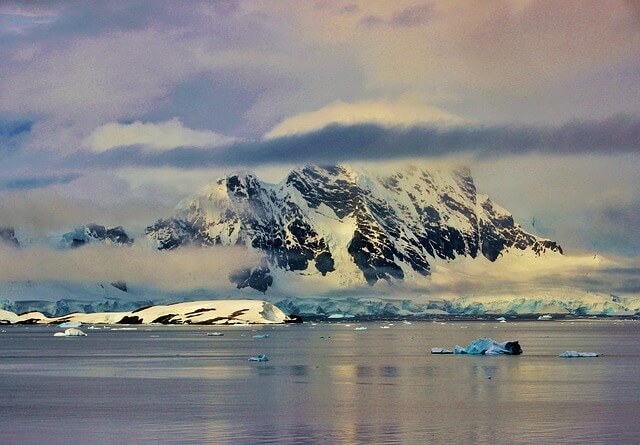 Human geography is a very large branch of the subject and sometimes it is further split up into smaller divisions. Economic geography, for example, is the study of trade and commerce and finds out what people produce and where and how they send their products from one part of the world to another. Political geography studies the ways in which the world is divided up between the races and the nations and is interested in state boundaries and frontiers and in international problems. Historical geography is concerned with areas as they were at different periods in the past and tells us a great deal about how man has altered conditions and improved his way of life.

Regional geography is the study of all the facts of physical and human geography in a particular part of the world. It might be a study of a huge continent such as Asia, a smaller region like the Congo Basin or the Paris Basin, or a small area such as part of an English county or a single parish. In any particular region the geographer tries to see the relationship, or connection, between physical conditions and the activities of the people living there.