What is Chromite? Information about the uses, occurrence and properties of Chromite. Where is Chromite found?

Chromite; is the only important ore of chromium, although this element appears in many other minerals. Chromite is essentially an oxide of iron, magnesium, chromium, and aluminum, and is a member of the spinel group of minerals. It is observed in compact masses or as grains disseminated in rock, but rarely as distinct crystals. The mineral is black and has a metallic to sub-metallic luster.

Chromite occurs in peridotite, a rock composed primarily of the silicate minerals pyroxine and olivine, or in serpentine formed by alteration of peridotite. It may also occur in the peridotite parts of layered intrusive rocks. The chromite deposits in peridotite and serpentine are usually irregular or lenticular masses that range in size from a few pounds to one in the Philippine Islands that originally contained 10 million tons. Chromite bodies in the peridotitic parts of layered igneous rock complexes are usually larger and more continuous, hence easier to locate and mine. The most important ore sites are in the Russia, the Republic of South Africa, Southern Rhodesia, Türkiye (Turkey), the Philippine Islands, and Cuba. There are no major deposits of chromite ore in the United States. 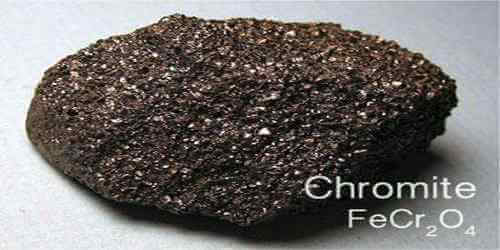 Chromite has three main fields of use: it is used in metallurgy, in the manufacture of refractories, and in the production of chromium chemicals.

The major metallurgical application is the conversion of chromite to alloys of iron and chromium. These alloys then serve as additives in making stainless, high-speed, and other special-use steels, and high-temperature and other special alloys. (A relatively small amount of chromite ore is used to add directly to stainless steel melts.) The addition of chromium to iron alloys enhances their resistance to corrosion, oxidation, wear, and impact. Another important, although small, metallurgical use of chromite is in the production of chromium alloys with nickel. These “nichrome” alloys have high electrical resistance and high resistance to corrosion. Alloys with cobalt are used in the manufacture of cutting tools, as a hard facing to prevent abrasive wear and corrosion, and in high-temperature applications. Other special-purpose chromium alloys are made in combination with elements such as aluminum, copper, and titanium. 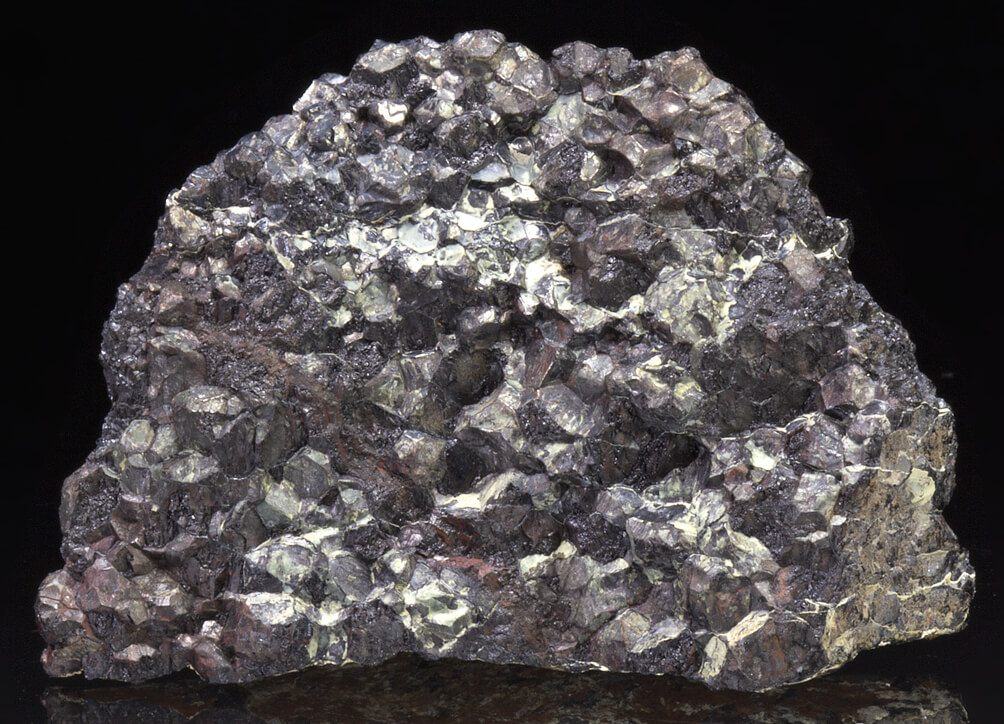 An important use of chromite is in the manufacture of refractories, largely in the form of chromite brick. Raw chromite ore is used directly for this purpose. The ore is ground, mixed with a binder, and pressed into bricks under a pressure of 10,000 to 15,000 psi (about 700-1,000 kg per sq cm). Chromite refractories, being chemically neutral, are used in lining parts of furnaces for steelmaking, nonferrous-metals refining, glass-making, and cement manufacture. A major use is along the slag line of basic open-hearth steel furnaces.

The production of chromium chemicals—principally sodium bichromate—is still another important use of chromite, although the quantity of ore consumed for this purpose is relatively small. The major industrial applications of chromium chemicals are in the manufacture of pigments, leather tanning, textiles, and electroplating.