Who is Ammyt? What? What kind of creature is it? What was believed about Ammyt in ancient Egyptian belief? What are the characteristics of Ammyt? Our page with information about Ammyt 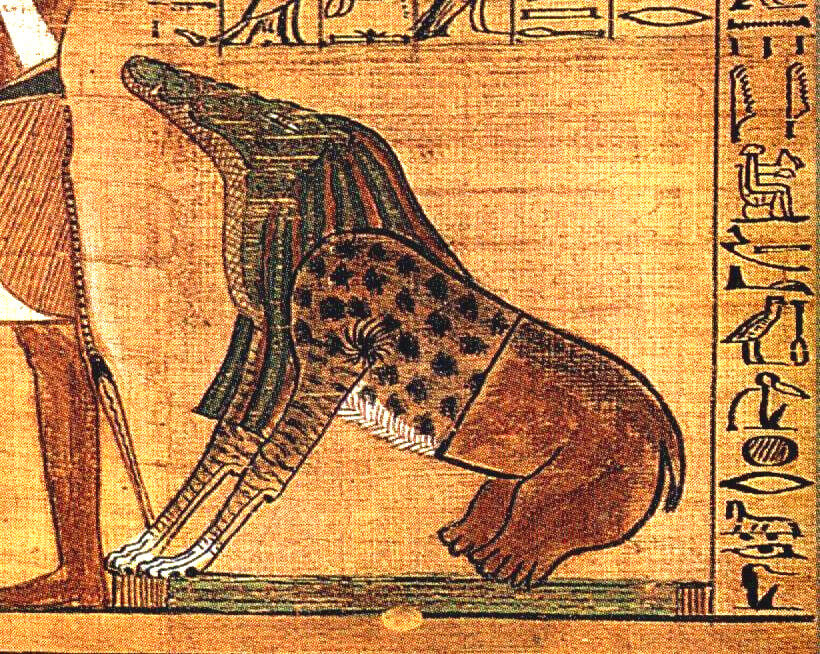 Image of Ammit in Ani’s Book of the Dead (Source: wikipedia.org)

The ancient Egyptian goddess Ammyt (also known as Ammut and Ahemait) was the personification of divine retribution. She sat beside the scales of Ma’at ready to devour the souls of those deemed unworthy. Those unlucky enough to fail the test would suffer the dreaded second death, and stand no chance of the happy life of the field of reeds wandering restlessly for eternity. Fortunately, the judge (Osiris) wasn’t too harsh, and the prosecutor (Thoth) was a very enlightened fellow. The deceased made a negative confession (that is, they listed the myriad of evil things they had never been guilty of) and then their hearts were charged against the pen of Ma’at (justice or balance). You didn’t have to be totally good, just reasonably well balanced.

Her name, usually translated as “Devourer”, but could also be the chilling “Eater of Bones”, and she was known as “Devourer of Millions”, suggesting that the god Am-heh was one of her aspects. Some scholars have linked Ammit with the Hippopotamus goddess Tawaret, due to the similarities in her appearance and her role in fighting evil. According to some traditions, she lived under the scales of justice, but other sources suggested that she (like Am-heh) lived by a lake of fire into which the souls of the guilty were thrown. According to these traditions, she did not devour souls, but rather protected the lake. This has led some to suggest that she may be linked to Sekhmet due to her lion-like characteristics and her role in protecting a lake of fire.

He was usually depicted as a demon with the head of a crocodile, the torso of a wild cat, and the hindquarters of a hippopotamus. However, she also took human form. 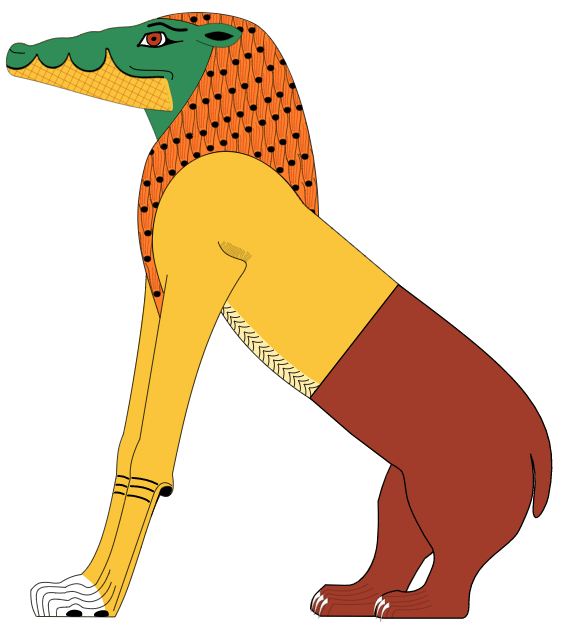 Ammit is an ancient Egyptian creature that devours the souls of prisoners in ancient Egyptian religion. Ammit is a hybrid of three wild creatures that threaten the inhabitants of the Nile: the crocodile, lion and hippo. (Source: wikipedia.org)

Ammit was never worshipped, and was not strictly a goddess, but her image was thought to ward off evil. She was the personification of everything the ancient Egyptians feared and a reminder to live by the principles of Maat. Although she was known as a demon, she was actually a force for order. Furthermore, each person had at least a chance to defend his life before being sent to eternal damnation.