ELECTROCHEMICAL EQUIVALENT, the quantity of a chemical element or compound produced or consumed in electrolysis by the passage of one coulomb of electricity. A coulomb is the quantity of electric charge passed by a current of one ampere in one second. The concept of electrochemical equivalence comes from the research of the English scientist Michael Faraday during the 1830’s.

In his experiments Faraday passed an electric current in series through a number of solutions. He found, first, that the amount of chemical decomposition at the electrodes in an electrolytic cell was directly proportional to the quantity of electricity passed (the product of current and time). Second, he found that the amounts of different elements or compounds liberated by the same quantity of electricity were directly proportional to their equivalent weights. The equivalent weight is the weight of the substance that combines with one atomic weight of hydrogen. 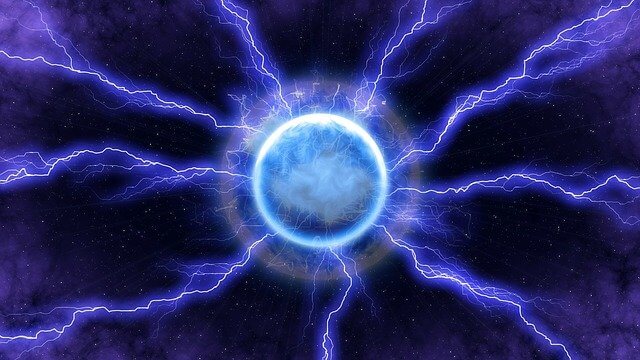 Faraday found that 96,500 coulombs of electricity, a quantity now known as a faraday, were required to produce or consume an amount of a substance equal to its equivalent weight in grams. Thus during electrolysis, one faraday of electricity would set free one gram of hydrogen, 35.5 grams of chlorine, or 107.9 grams of silver. The amount of a substance liberated by electrolysis can be calculated by the following equation:

This evidence convinced Faraday that electricity was a fundamental property of matter, a view that was confirmed in 1895 when the British physicist J. J. Thomson characterized the eleetron as a universal constituent of matter. It is now known that the faraday is the charge carried by Avogadro’s number of eleetrons, or one mole of eleetrons.

, than from stannous chloride,

A very precise method of chemical analysis, called coulometric titration, is based on electrollysis and the use of electrochemical equivalents. Instead of adding a Standard solution from a burette, the reagent is liberated in the solution by electrolysis, using controlled electric current. The method is extremely accurate as long as no side reactions occur at the electrodes. It also lends itself to automation and is used to measure sulfur compounds in petroleum and sulfur dioxide in combustion gases.