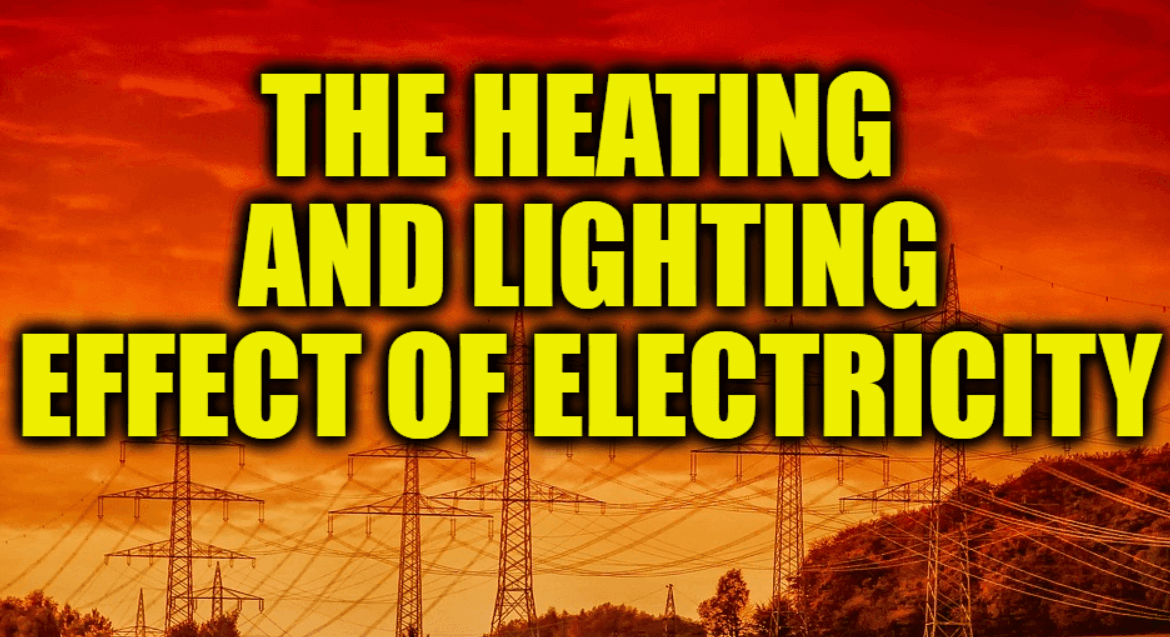 The Heating and Lighting Effect Of Electricity

When an electric current is passed through elctrical wires with a high resistance, much of the electrical energy is converted into heat. In many appliances such as electric stoves, heaters, hair dryers, irons and toasters, electrical resistance is used to produce heat. In resistance heating systems metal wires that are poor conductors of eletricity are used. Electrons cannot flow easily through a poor conductor. They spend much of their time striking each other as well as the atoms of the poor conductor.

As a result some of the energy of their motion is converted into heat energy.

Most of the wires used to produce heat from electrical energy are alloys. An alloy is a mixture of metals put together to produce certain properties. One of the most common alloys used is nichrome which is a mixture of chrome and nickel.

When an iron is plugged into a wall socket current flows into the iron through the terminals and heats up nichrome wire wrapped around a sheet of mica. This causes it to heat the metal covering of the iron. The handle of an iron is made of plastic or wood, which are insulators.

An electric fire gives off light when it is working. But this light is of no practical use.

Thomas Edison invented the electric light bulb containing a poor conductor and no oxygen. He used a piece of cotton thread as a poor conductor. As the current flowed through the thread, it become white- hot and light was given off.

In modern light bulbs a very thin wire called a filament is used. This is made of Tungsten which has a very high melting point. The bulb is filled with an inert gas such as argon or neon. When the current flows through the filament, it becomes white hot and the gas makes the light shine brightly.

Later, another lamp, more energy- efficient than the ordinary electric bulb was discovered. This was the fluorescent lamp. A 40 watt fluorescent lamp produces as much light as a 150 watt filament lamp.

These lamps are filled with mercury vapour at low pressure. Electrons flow through the gas and collide with the gas atoms. When collisions occur the mercury gives out invisible ultra- violet radiation. It hits a special phosphor paint on the inside of the lamp and makes it glow white.

This is almost the same as what happens in a TV tube, where high- speed electronsare used to make phosphor glow in different colours.