What is the chronology science about? How does chronology work? Information about the history of chronology.

Chronology, is the Science of dating that arranges time into periods or divisions, and places events in the proper places within the arrangement. Chronologists employ two main types of dating: 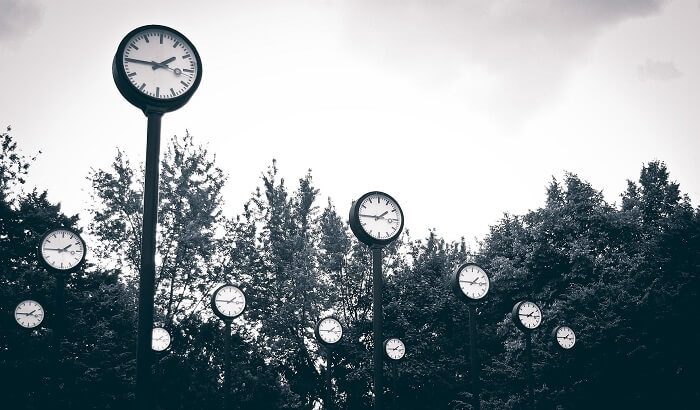 Relative dating places a period, event, or object in relation to an established sequence, showing that it is earlier than certain periods and later than others, although its actual date in years is unknown. Events or periods that occurred at the same time are said to be synchronic. Those occurring at different times are called disynchronic.

Chronometric dating places an event either on a timeline (10,750 b. c., for instance) or in a time-bracket (12,000 to 10,000 b. c.). Some authors use the term absolute dating, but that term is increasingly rejected because it makes no distinction between placing an event on the line or in the bracket.

The attainment of chronometric correctness is the goal of those who would make history an exact Science, but for most periods the goal is nowhere in sight. Nevertheless, several modern techniques make it possible to fix the approximate dates of ancient materials. The methodology includes radiocarbon dating, which measures the amount of carbon-14 (which decreases in an organism at a fixed rate after its death) in materials that were once alive; obsidian dating, in which the hydration layer left on the obsidian by the absorption of water from its surroundings is measured; thermo-remanent magnetism, in which the remanent magnetism caused by heat (usually in an ancient hearth or kiln) is compared with the everchanging direction and intensity of the earth’s magnetic field.

Thermoluminescence, in which light, emitted from heated ground pottery through the release of energy stored as electron displacements, is studied and related to pottery samples of known dates; fluorine testing, in which the contemporaneity of bones in the same deposit can be assessed by their fluorine content; pollen analysis, in which the Identification and enumeration of the types of pollen present in a sample can be used to tie that sample to a time scale; and varve counting, in which layers of sediment released by glaciers are counted and correlated with similar data from elsewhere.

Although all of these techniques are being improved and refined constantly, none yields precise dates. Only dendrochronology, which allows the scientist to date wooden materials by comparing their growth rings with the known pattern of growth rings in trees dating back to about 3,000 years, is exact, and then only within its narrow limits.

Man’s first awareness of recurrent phenomena marking divisions of time came from simple observations of nature. Divisions of the year were probably not just made according to four seasons but to two—heat and cold. The year began with the awakening of spring and closed with the on-set of winter. Division of the year into four seasons was based on observations of the stars or constellations. One of the oldest of existing farmers’ calendars, Hesiod’s Works and Days, prescribes plowing and sowing operations according to the rising and setting of constellations. Because religion also required close observation of recurring celestial phenomena, formal reckoning of time and the development of calendars came into the hands of the priest class. Calendars all over the world began as cycles of religious feasts, and feast and fast days observed in religious calendars today are a surviving feature from the earliest calendars.

Chronologists usually deal with historical times, but in the early period, even in countries such as Egypt and Babylonia where abundant records have survived and where careful observations of celestial phenomena were made, they often encounter great difficulty.