A mood disorder is described as a disturbance in a person’s emotional state. These disorders are broadly classified as depressive and bipolar. To know more about the different types of mood disorders.

Major depressive disorder is characterized by a severe depressed mood, loss of happiness and hope, along with feeling useless, guilty, empty and nervous. The individual may experience loss or increase of appetite and problems with concentration, memory and decision making. You can also see suicidal tendencies. Experiencing these symptoms together is called major depressive episode. A state of depression, which is not combined with feelings of mania is known as unipolar depression, while in the presence of mania, the condition is called bipolar. These depressive disorders can be classified as follows.

Atypical depression: in this type, an individual experiences weight gain due to an increased appetite, excessive sleepiness and heaviness in the extremities. He becomes hypersensitive to rejection and experiences a disturbed social life.

Catatonic Depression: is a severe major depressive disorder that is characterized by the alteration of motor abilities. Those affected by catatonic depression may experience strange bodily movements or periods of total immobility.

Minor depression: If the symptoms persist for a minimum of two weeks, but do not meet the criteria for depression to be classified as higher, the condition is called mild depressive disorder. 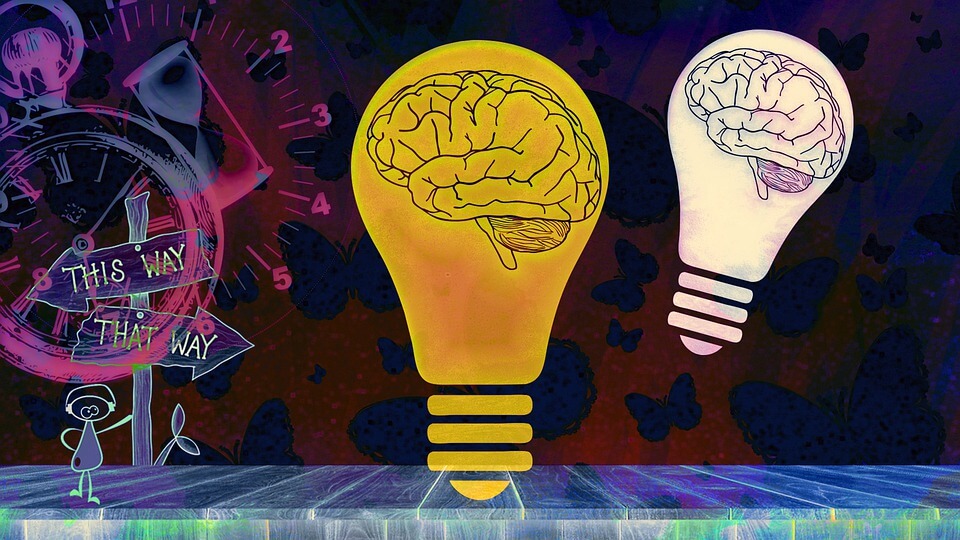 Dysthymia: symptoms are similar to those experienced in unipolar depression, although they are less severe and last longer. They include changes in appetite, changes in sleep patterns, fatigue, low self-esteem and difficulty concentrating.

Double depression: characterized by a depressed mood that persists for a minimum of two years. Episodes of major depression are observed intermittently.

Postpartum depression: the women experience after giving birth to a baby. Usually, symptoms are observed within three months of delivery and can last three months.

Psychotic depression: characterized by delusions and hallucinations. Delusions often correspond to the content of depressing topics.

Seasonal affective disorder: This, as the name implies, is characterized by a seasonal pattern, that is, those affected experience symptoms of depression during the winter season. These depressive feelings can be attributed to the lack of exposure to sunlight during the winter.

It is a mood disorder that manifests itself in the form of alternate periods of depression and mania. There are changes in the state of mind and the change of behavior of an individual between an overexcited state called manic and a state of despair called depressive. If the symptoms are a mixture of those experienced in manic and depressive states, the state is called mixed. Bipolar disorder is relatively less common, but it is also said that it is often not diagnosed. For the most part, bipolar disorder develops in late adolescence or during early adulthood. In children, it is known as early-onset bipolar disorder. In them, changes in mood and other symptoms are observed more frequently than in adults with bipolar disorder.

Bipolar I is characterized by a history of manic episodes with or without depressive episodes.

Bipolar II is characterized by intermittent episodes of mania and depression. Depression can alternate with hypomanic episodes in which the symptoms of mania are milder; that is, they are observable but do not affect the functioning of one.

As the name suggests, these mood disorders are caused by a chemical or drug that affects one’s psychological state. Addiction to a substance or abstinence from it can affect mood levels and people may have manic or depressive episodes.

Alcohol-induced: Research suggests that heavy drinkers may experience depression. You can also see suicidal tendencies. Moderate to strong drinkers may experience euphoria, fluctuations in mood, feeling too much, and reduced impulse control. In case of addiction to alcohol along with excessive mental stress, the individual can resort to violence. Abstinence from alcohol causes fatigue, insomnia, decreased interest in sex and unstable mood.

Caffeine-Induced: If consumed in excess, caffeine can cause anxiety and even panic attacks in some cases.

Due to the Nervous System Stimulants: the intoxication of such substances causes problems of concentration and attention. You can see a reduction in mental function. Your withdrawal symptoms include depression and fatigue. A long-term use of stimulants such as amphetamine affects the brain, which causes long-term difficulties in concentration and memory. Mood disorders due to the use of these stimulants and alcohol may show symptoms similar to those of bipolar disorder.

Due to opioids: opioids lead to feelings of euphoria. Its long-term use leads to depression. The withdrawal of these leads to body aches and agitation. Withdrawal symptoms can also include anxiety, depression and disturbed sleep.

Due to sedatives: the symptoms are similar to those of mood disorders induced by alcohol. The withdrawal of sedatives causes feelings of anxiety, depression and sleep disorders. In severe cases, hallucinations may be experienced.

Due to hallucinogens: people who use them, experience delusions and hallucinations. You can also see psychotic reactions and depression. 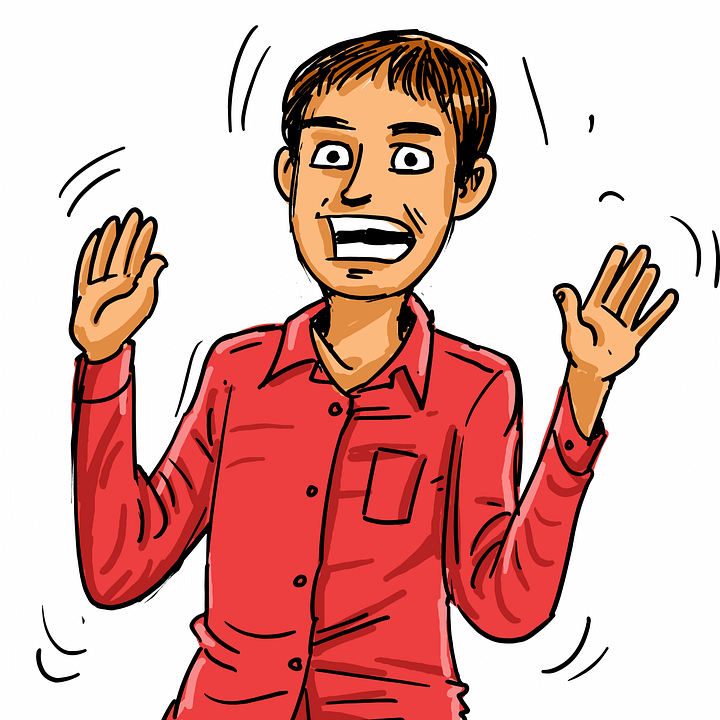 Mood disorders due to a medical condition

A mood disorder can be diagnosed as one that occurs due to a general medical condition, when it can be concluded that its symptoms are the result of the psychological impact of the medical condition, and not just a physiological response to it. Endocrine system diseases, Parkinson’s disease, nervous system disorders and cardiovascular diseases can cause mood disorders. Very painful or incurable diseases lead to feelings of depression in those affected. Some patients may show suicidal tendencies.

It is believed that imbalances in neurotransmitters are among the causes of mood disorders, mainly depression and bipolar disorder. Hormonal imbalances can lead to depression. Excessive mental stress or difficulty coping can also cause mood disorders. It is also known that these disorders can occur in families in the form of certain genetic traits. For example, the bipolar mood disorder is genetically transmitted. Depressive symptoms can be the result of adjustment disorders. A stressful event like a failure, a problem in the family, a relationship problem, among others, can lead to a depression that lasts a few months and disappears after the stress factor is eliminated. The condition can not be classified as a major depressive disorder.

More serious than premenstrual syndrome, PMDD affects 3% to 8% of women during their reproductive years. Symptoms include, low energy levels, fatigue, loss of interest in daily activities, feelings of despair, anxiety and irritability. Altered eating and sleeping patterns can also be seen.

Its classification as a mental disorder is relatively recent. Seen in children, it is characterized by frequent tantrums, persistent irritability and exaggerated reactions, and affects the social life of an individual. For the disorder to be classified as DMDD, the symptoms must have started before the age of 10 and must have lasted at least one year.

Disorders of mood and creativity: a strange bond

Studies in psychology have shown an unusual association between mood disorders and creativity. During a manic episode that is characterized by high energy, exaggerated self-esteem, feelings of extreme pleasure, it is also seen that levels of creativity increase. In a manic episode, a person can show a deep involvement in an activity that makes him happy, can participate in a goal-oriented activity and have several ideas (which could be called ready-to-use). This can lead to an excellent display of creativity. In Touched with Fire: Manic-Depressive Illness and the Artistic Temperament, the American clinical psychologist and writer, Kay Redfield Jamison, has dedicated her studies on the rates of mood disorders in people in creative fields. She has also described how bipolar disorder can occur in families associated with creative professions. 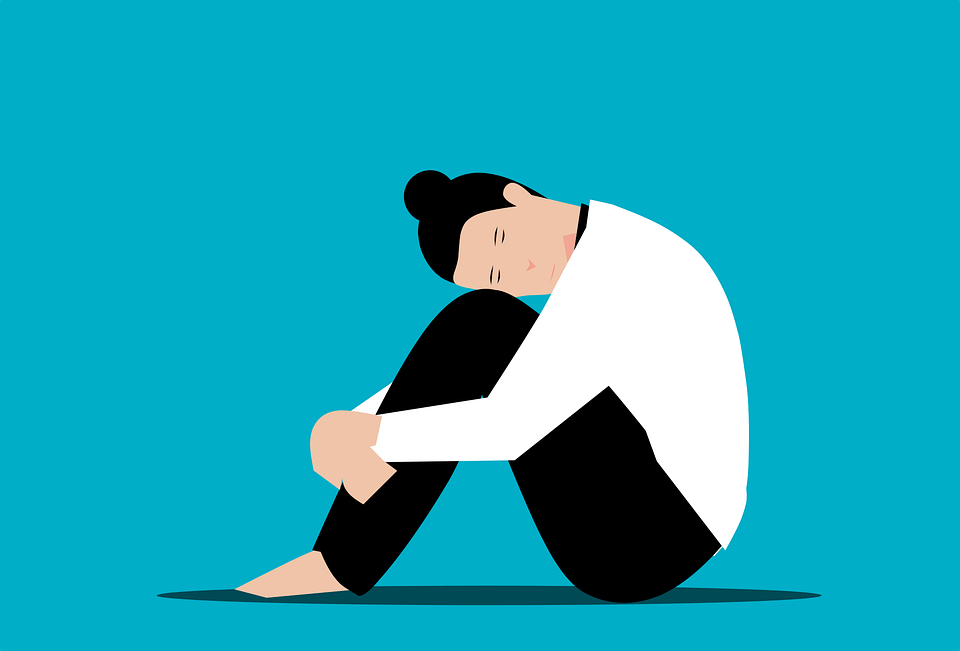 Mood disorders need immediate help. The identification of the health condition as a mood disorder and the correct diagnosis are of utmost importance when it comes to administering the appropriate treatment. The treatment depends on the patient’s physical and mental state and the external factors that influence their well-being. Treatment measures include antidepressant medications (for depression), mood stabilizers (for bipolar disorder), and psychological help. Cognitive behavioral therapy is commonly used to treat mood disorders. It helps the patient to know how his mood affects his thoughts and behavior, and also helps him to fight the problem. Interpersonal therapy can help the patient improve social interactions. In cases where counseling or medication does not help, electroconvulsive therapy may be administered. The support of family and friends plays a crucial role in helping a patient cope with his mood disorder. But perhaps, self-help through proper diet, regular exercise, adequate sleep, socialization and stress management is the best help to manage mood problems.