All the mythologies and religions of our planet have explained with imagination the existence of matter in the universe, a cosmogony that was born of the question: why does something exist instead of nothing? And in almost all, a being with infinite powers has generated things from nothing. The truth is that we began to intuit the mechanism that gave rise to everything in front of nothing, but it is far from solving the mystery of how the universe originated.

In fact, this theory underlies the predominant idea in science, the Big Bang theory, but there are other birth models of the universe that do not require an initial act of creation.

According to the Big Bang theory, the universe appears from nothing. Everything that exists was born of a huge explosion 15 billion years ago. Matter was concentrated at a point tens of thousands of times smaller than the nucleus of an atom.

This theory does not have the authorship of a specific scientist, it arose from the equations generated by Hubble’s law that showed that the universe is expanding. As for the term Big Bang was invented by the greatest enemy of the theory at the time, Fred Hoyle, who proposed his own alternative hypothesis (stationary universe). 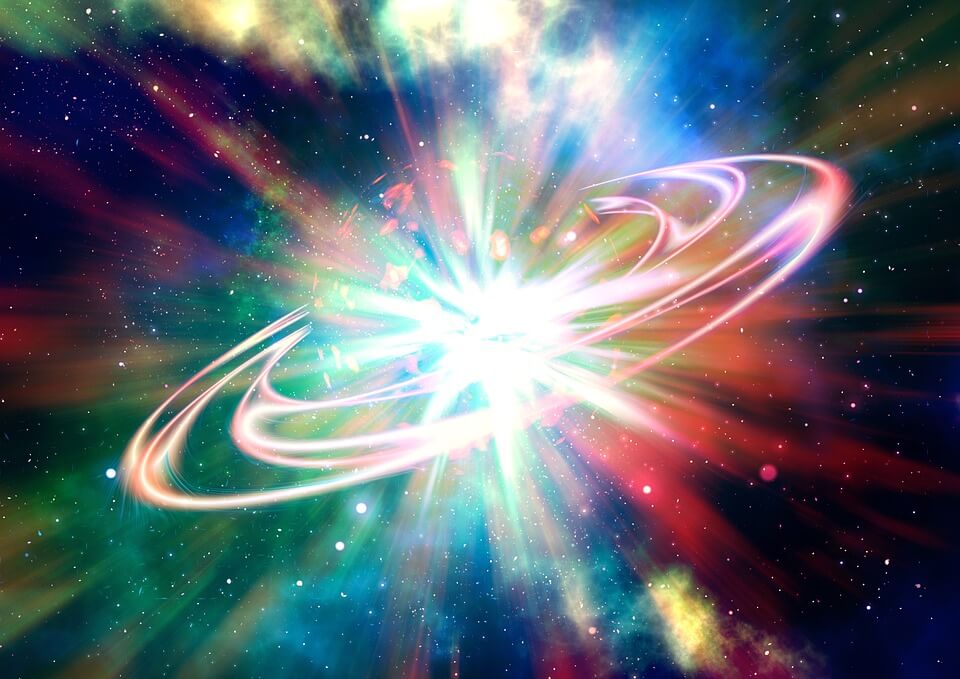 In any case, the Big Bang has become the cosmogonic paradigm par excellence, first because it is fulfilling (despite its shortcomings) all the assumptions of the Theory of Relativity and second because it does not exclude the existence of a Creative Consciousness with a divine plan, which gratifies the powerful religious lobbies.

And before, what was there according to this model? We do not know. The equations only describe what happened at 10-43 seconds, a time known as Planck time.

Theory of the stationary Universe

Not all scientists agreed with the Big Bang model in which all the observations did not fit. Three cosmologists (Hermann Bondi, Thomas Gold and Fred Hoyle) developed in 1948 an alternative theory with many followers that the evidence provided by COBE (and later in 2001, WMAP) on background radiation have relegated (not discarded) marginal theory.

Based on the perfect cosmological principle that says that an observer located in any space or time sees the same universe since its properties are constant wherever. There is no Big Bang because the universe was always like that. Our universe would have no beginning or end.

These heterodoxes of the Big Bang consider that matter is continuously being created from emptiness. From a hypothetical “C field”, matter filters into our universe and drives the cosmic expansion predicted by Hubble’s law.

Theory of the oscillatory Universe

It was proposed by Richard Tolman of 1948 (the same year of his death). Closely related to the theory of the stationary universe, there is no initial explosion, but a contraction of our own universe to a point of enormous density (which he called Big Crunch) in which the attractive force of gravity becomes a repulsive force that causes an expansion of matter (a Big Bang).

This event would occur continuously giving rise to a cyclic and infinite succession of the same universe (which do not necessarily have to have the same conditions). The eternal return.

In 2010, physicist Roger Penrose claimed to find in the cosmic background radiation circular patterns that would indicate a continuous cycle of birth and death of the universe over eons.

Theory of the inflationary Universe

Proposed by the Russian Andrei Linde and established by Alan Guth, discarded an initial Big Bang to replace it with many small big bangs that would be produced continuously, even today, throughout the space. The matter of our universe would be continuously created in the nuclei of active galaxies.

It would be wormholes, extraordinarily curved points of time space that connect black holes with white holes.

This theory requires the existence of the multiverse or multiuniverse with a continuous exchange of matter and energy between them. Lee Smolin, from the University of Syracuse, considers that the whole cosmos is a complex system in which universes are continually born and die.

The inflationary hypothesis solves some drawbacks of the Big Bang theory, but cancels the need for a primal impulse, since the inflationary universe is eternal. For Roger Penrose, it also requires initial conditions. “so extremely specific” that it does not solve the problem of the beginning. This model requires the existence of a still unknown physical field, the inflaton.