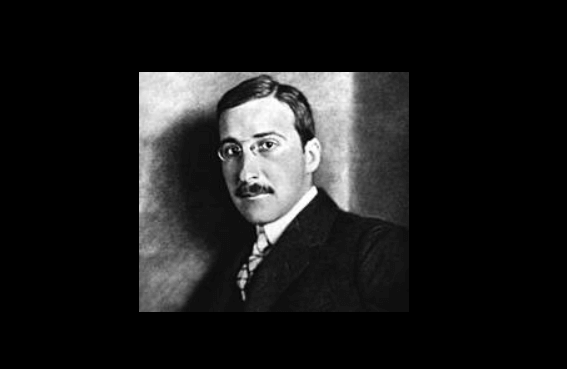 Stefan Zweig; Austrian writer: b. Vienna, Austria, Nov. 28, 1881; d. Petropolis, Brazil, Feb. 23, 1942. Offspring of a patrician Jewish family, he was educated at the universities of Berlin and Vienna and began his career with the lyric volumes Silberne Saiten (1901) and Die frühen Kränze (1907). Travels in Africa, Asia, and America gave him world perspective. In the circle of the Belgian poet Emile Verhaeren, whom he translated into German, he came in contact with the literary elite of western Europe and projected for himself the role of the “good European,” the sympathetic intermediary between the cultures and great personalities of the Continent. He drew upon Hellenic sources for his first drama Tersites (1907) and upon Biblical sources for his pacifist play Jeremias (1917), which warned against the folly of war and comforted the defeated. His short stories followed the contemporary tradition of “Young Vienna” and were especially influenced by Arthur Schnitzler and Sigmund Freud.

Zweig reached the height of popularity with his biographies and cultural essays. His studies of Dostoyevsky and Tolstoy made the Russian soul more intelligible to the West. In Romain Rolland, Honore Balzac, Stendhal, Joseph Fouche, and Marie Antoinette he sought to interpret the French soul. In other studies he appraised sympathetically the achievements of diverse peoples and ages. He adapted Ben Jonson’s Volpone for contemporary audiences and wrote opera librettos for Richard Strauss. Deprived of his home in Salzburg and forced into exile because of his Jewish origin, he was unable to establish new roots and committed suicide in Brazil. His autobiography Die Welt von Gestern (1941; Eng. tr., The World of Yesterday, 1943) affords keen insight into his personality and generation.