Jauhar, a tradition belonging to the Racput race, which we can call the Spartans of India, is one of the interesting events in history.

It is a tradition of the racput race, which we can label as the Spartans of India, and when their spouses die in battle or when there is no male kshatriya member left to defend themselves in their community, women lock themselves in a house or a closed place by setting fire to suicide, and in this way, they can protect their souls from the atrocities of the enemy soldiers. the name given to his mother.

Although it is often known as a tradition that took place in the Hindu-Muslim wars, one of the first known examples in history, BC. In 325, the Aghlas tribe carried out in order not to be looted and persecuted by the victorious army of Alexander the Great, and more than 19 thousand people imprisoned themselves in the structures in the town and burned them. The record of the relevant event is included in the sixth volume of the work Anabasis, in which Alexander’s campaigns are quoted by Flavius ​​Arrianus nicomediansis.

Jauhar, which is thought to derive from the Persian words gahar or govhar, meaning “virtue”, which has passed into Arabic and our language as an ore, has been an extremely important spiritual act, especially for racputs who defined themselves with their warrior and honor. Jauhar is to a Japanese servant what an oyibara is to racputs, especially non-combatants. 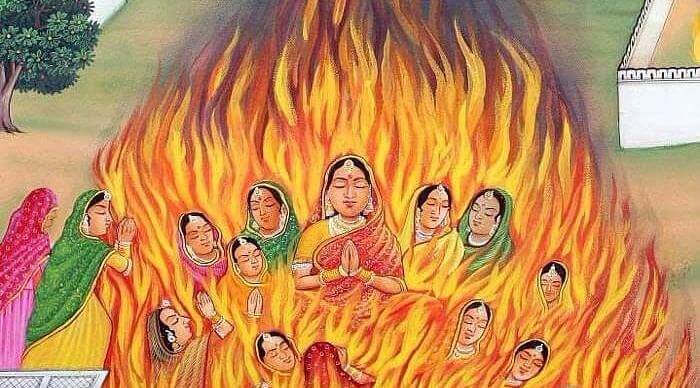 The most unusual jauhar example known in history belongs to the year 1534. After legendary warriors such as Mokal Singh, Kumbha and Rana Sanga, all women in Chittor, the capital of the Mevar Rajah, who were almost defeated by the power of power under an irregular and corrupt administration, ended their lives by performing jauhar under the leadership of the Rani Karnavati. According to some sources, 13 thousand women, and according to some sources, 120 thousand women chose to commit suicide in this way before the army led by Bahadır Shah, the sultan of powerrat, could enter the inner castles of Chittor. Considering that the chittor population of the period was around 800,000, obviously the second figure seems more logical from a purely mathematical standpoint.

It is known that this tradition was also practiced by some Muslim statesmen, especially during the Mughal Empire, and it is thought that this cultural transfer took place through the racputs, who are the dominant population of the region, especially after the Mughals completely dominated Rajasthan and Haryana. In the notes kept by the Mughal emperor Jahangir Shah, although the date is not specified, it is stated that a general named Han Cihan, who was a general during the reign of his great-grandfather Humayun Shah, ordered Shir Shah Suri to perform jauhar on all his wives and concubines following a battle he lost.

Some hindologists, led by Veena Oldenburg, point out that the jauhar action may have taken place directly in wars between two Hindu armies, and that this action was not practiced by Hindus only when they were defeated against non-Hindu enemies. The most basic reason for them to claim this is that Rajasthan has been a constant battlefield from ancient times to recent times, especially since the region of Rajasthan has served as a gateway to the enemies that could cross the Iranian plateau in the west and the Hindu Kush mountains in the north. It is an indisputable fact that this region, located in the north-west of India, has hosted numerous external military attacks, sieges and campaigns from Alexander the Great to the Delhi Sultanate, from the Gurlus to the Sassanids, from the Mughal Empire to Emir Timur. Considering this fact, it seems quite natural that this region raised the racput race, the most famous warrior people of India, and started a tradition such as jauhar. 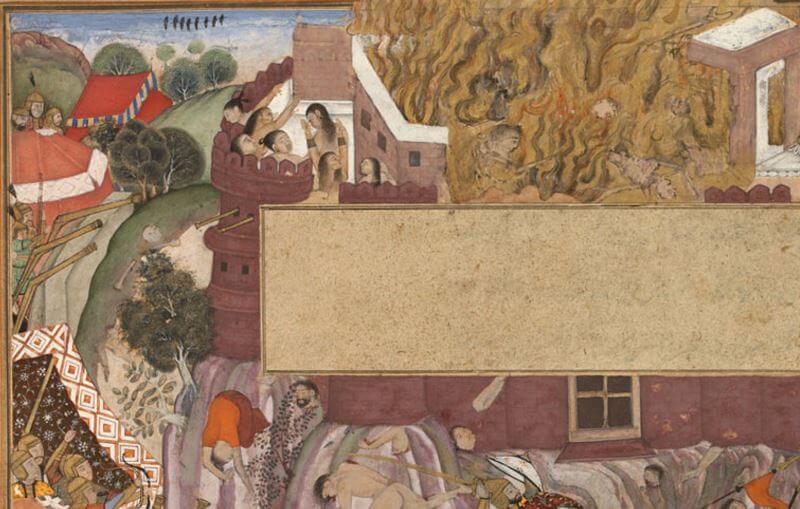 Jauhar, a very remarkable tradition of the Indian subcontinent and Hindu culture, was officially banned by the Indian government in 1988, along with another Hindu tradition, the sati tradition. still, it is known that even after some neighborhood fights, some racput women choose to end their lives individually, if not en masse.

In the period film “padmaawat”, which was released in 2018 and aims to highlight the heroism of the racput queen padmavati during the siege of the chitor by the sultan of delhi alaeddin halaji in 1303, the jauhar, which is known to be performed with the servants of the queen after the castle fell, is not shown, especially in rajastan. There was a great reaction among the racput women, and some women even announced that they would perform jauhar if the scene in question was not included in the movie or if the movie was released as it is. In fact, the film’s director, Sanjay Bhansali, was physically assaulted both on the set and at home.

The jauhar is still seen as a badge of heroism and honor, especially among those who might be considered fanatical in the racput community.