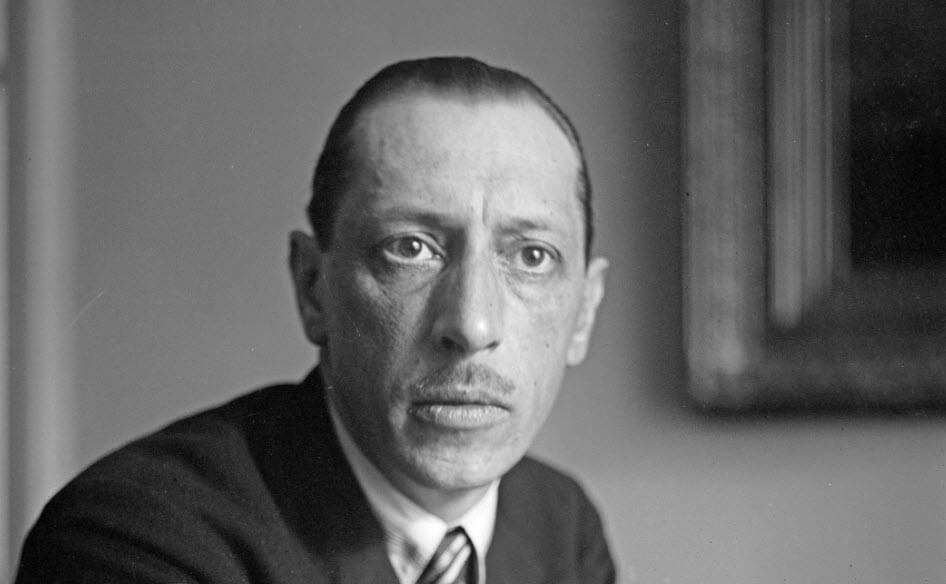 Igor Stravinsky; (1882-1971), Russian-American composer, who was among the greatest geniuses of modern music. He was one of the most influential of the revolutionary composers who changed the course of music in the early 20th century. In his long composing career, which spanned more than 60 years, he added to the repertoire such masterpieces as Firebird, Petrouchka, The Rite of Spring, Symphony of Psalms, and Oedipus Rex.

Unlike Arnold Schoenberg, the only modern composer who matches him in importance, Stravinsky created no new system to replace traditional harmonic structure. Until he turned to serialism in the mid-1950’s, Stravinsky’s music was based on tonality, though a tonality so free and varied it would have startled the 19th century masters. However, he was innovative in his use of form, in his instrumentation, and in his treatment of rhythm and phrase. Unlike Schoenberg’s innovations, Stravinsky’s contributions were never the focus of a school. Still, Stravinsky’s influence was widespread, affecting such composers as Aaron Copland and Samuel Barber.

Stravinsky led an active professional life, conducting, performing at the piano, and helping prepare his theatrical works for the stage. He also was the author, with the American conductor Robert Craft, of six books, which contain the composer’s witty, rambling reflections on music and other subjects. In his long lifetime, he was associated with many significant artists in other fields, among them Picasso, Cocteau, Diaghilev, Auden, and Gide.

Stravinsky was born in Oranienbaum, near St. Petersburg (now Leningrad), Russia, on June 17, 1882. His father was a leading bass singer at the Imperial Opera in St. Petersburg, and it was there that the boy first heard the music of Glinka and Tchaikovsky, to which he remained devoted all his life. At 9 he began piano lessons and soon was studying harmony and counterpoint. At his parents’ insistence he read law at the University of St. Petersburg. In 1902, he met Rimsky-Korsakov, for whom he played some of his works. He soon became a regular member of Rimsky-Korsakov’s circle and in 1903 began three years of study with the master. He married Catherine Nossenko in 1906.

In February 1909 the impresario Diaghilev heard some of Stravinsky’s works in St. Petersburg and invited him to orchestrate several short pieces for his season of Russian ballet and opera in Paris that summer. Thus began an association that lasted until Diaghilev’s death in 1929.

On June 25, 1910, Diaghilev’s Ballets Russes successfully presented the first performance of Stravinsky s Firebird in Paris. Next came Petrouchka (Paris, June 13, 1911), with Nijinsky triumphant in the title role. The Rite of Spring was given its premiere in Paris on May 29, 1913. Its bold instrumental colors, insistent and shifting rhythmic patterns, and daring harmonies produced an uproar of protest and counterprotest that is unparalleled in musical history. Many critics and scholars date the birth of “modern music” from this moment.

World War I and After:

During World War I, Stravinsky lived in Switzerland, working on some vocal and choral scores that derived their themes from Russian folk sources. These works include the short opera Renard (1916) and the dance cantata Les Noces (1917). The Revolution cut him off from Russia, which he did not see again until 1962. In 1920 he settled in France.

Meanwhile, he was reconsidering his aesthetic stance. L’Histoire du soldat (1918), written for narrator, dancers, and a small orchestra, pointed toward new theatrical combinations and away from the use of the full symphony orchestra. The music is eclectic and reflects his interest in popular forms, including jazz.

Pulcinella (1920), a ballet score commissioned by Diaghilev and based on music by the 18th century composer Pergolesi, signaled Stravinsky’s new interest in the music of the past, particularly the classical style. This interest was to affect his music for over 30 years. His neoclassical idiom was dominant in such works as the Piano Sonata (1924), the Concerto for Piano and Winds (1924), the opera-oratorio Oedipus Rex (1927), the Violin Concerto (1931), and the ballet Apollon Musagete (1928).

Apollon Musagete, choreographed by George Balanchine, was first given by Diaghilev’s Ballets Russes in Paris (1928). After Balanchine emigrated to the United States in 1933, he and Stravinsky collaborated on other ballets, including Jeu ae cartes (1936), Orpheus (1947), and Agon (1957).

In 1930, Stravinsky wrote one of his finest compositions, a work reflecting his own deep religious feeling, the Symphony of Psalms, based on biblical texts. It was composed for the 50th anniversary of the Boston Symphony Orchestra.

After writing the Symphony in C (1940) and the Symphony in Three Movements (1945), among others, Stravinsky again turned to opera in the late 1940’s. W. H. Auden and Chester Kallman provided an English libretto based upon a famous series of engravings by William Hogarth. The result was The Rake’s Progress (Teatro La Fenice, Venice, 1951). Robert Craft, later his literary collaborator, helped him with the English versification.

Stimulated, perhaps, by Craft’s interest in the music of Anton von Webern, Stravinsky began to incorporate serial elements into his music in the mid-1950’s. The choral work Threni (1958) was his first totally serial composition. Other works in this style were the opera The Flood (1962) and Requiem Canticles (1966). He remained a serial composer for the rest of his life.

Stravinsky died in New York City on April 6, 1971, and in accordance with his wishes, was buried in the Russian corner of San Michele cemetery in Venice, near Diaghilev.