What is the Resistance to Disease? Information about injecting, anti toxins and immunity.

Before germs can establish themselves in the human body and start a disease they have to overcome a good deal of resistance. The tough outer skin usually keeps them out, but they can enter through cuts or wounds as well as through the mouth, nose and other openings. Some kinds of germs are killed by fluids in the body, such as the blood or the digestive juices, but only certain kinds of germs can be destroyed in this way, and stronger methods usually have to be used. One is by means of the white corpuscles, or cells, which increase in numbers and crowd round the germs in the blood and destroy them by changing their shapes, surrounding the bacteria and gradually digesting them. Many of the corpuscles die in their fight with germs and form the sticky, whitish substance called pus. 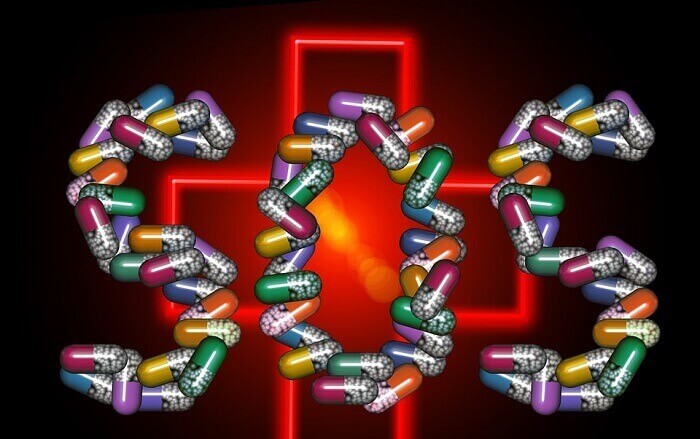 Then there are the anti-toxins which the body makes to fight toxins released by germs. After serving its purpose, the anti-toxin remains in the blood for a length of time that depends on the kind of germ involved. If, before the anti-toxin disappears from the blood, the body is again attacked by the same germ, the disease does not appear at all, so the body can resist that particu-lar germ, but only for a certain time. As this resistance is gained only in time to resist the second attack, the condition is known as an “acquired immunity“. (For a person to be immune to a disease means that he is safe from attacks of it.)

Some immunity can be handed on from mother to child, al-though this usually lasts only a short time. Thus babies seldom develop measles in the early months of life provided that their mothers have had the disease themselves. Whether whole families or communities inherit immunity to a disease is less certain. The opposite is undoubtedly true, for the introduction of measles, for example, to an isolated community on an island can cause a serious outbreak.

Nowadays it is possible to prevent a person from catching a serious disease such as diphtheria by giving him what is known as “artificial immunity” to that disease. By means of this, people can become immune to certain diseases without any serious suffering from them. Substances are put into the blood through the skin which set up resistance to that particular disease without causing it to develop.

Diphtheria is prevented by injecting small doses of the poisonous “toxin” produced by diphtheria bacteria, which has been changed in certain ways to make it less harmful but stili capable of causing the production of anti-toxin. To treat the disease, if it occurs, special anti-toxin is used, prepared in concentrated doses from the blood of horses. Other diseases are prevented by “vaccination”—the word used originally when dealing with the prevention of smallpox—and typhoid fever is one of these.

In 1796 Edward Jenner found a sure method of injecting people against smallpox. Before this, however, Lady Mary Wortley Montagu had introduced into Great Britain a crude method of vaccination which the Ghinese and East Indians had been using since the 11th century.