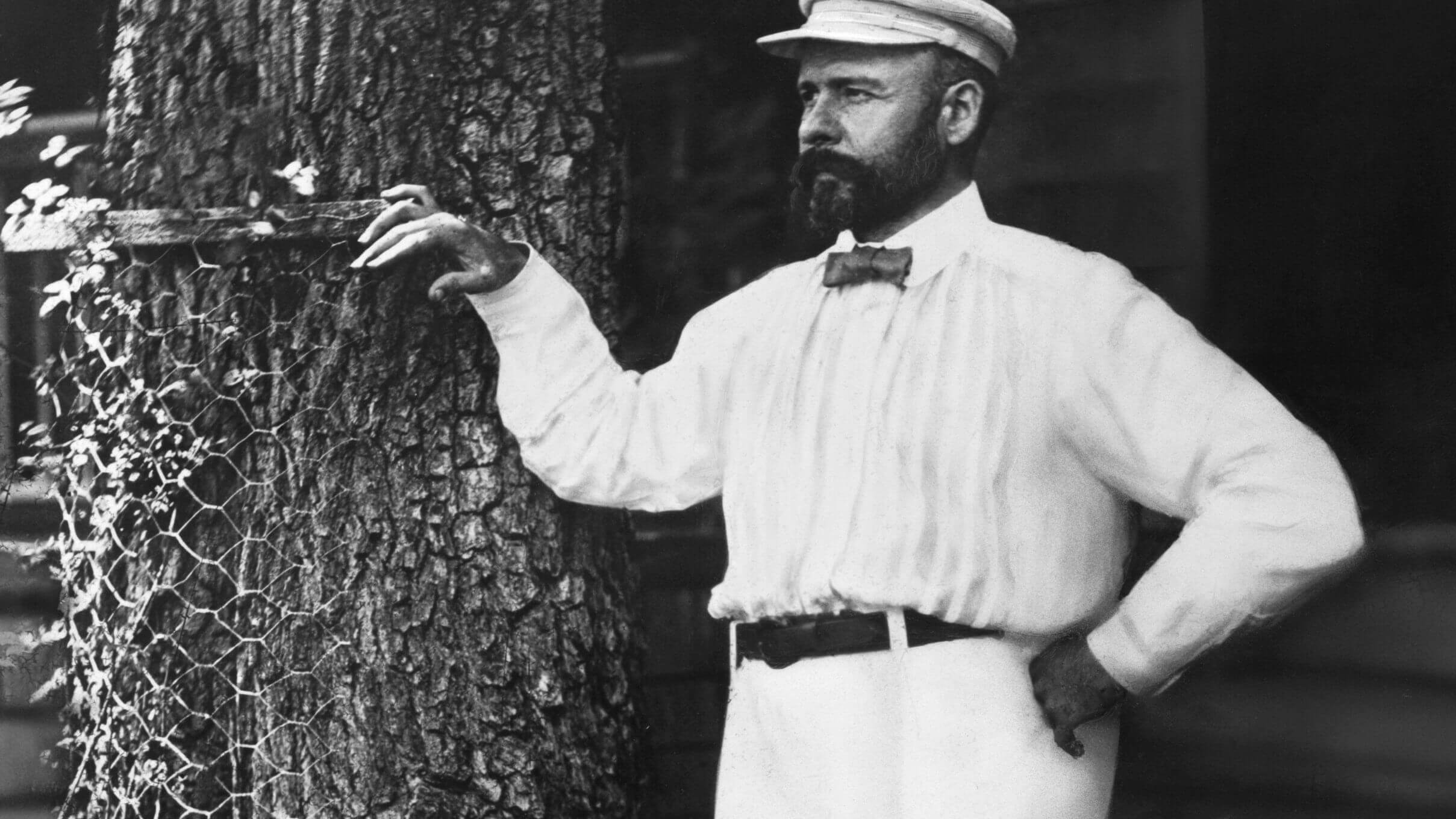 Louis Henry Sullivan; (1856-1924), American architect, who was one of the leaders in early modern design. Rejecting historic styles, he proposed organically designed buildings that are as expressive of their nature and function as living things are of theirs. He gave artistic form to the skyscraper and created exuberant plantlike omament akin to art nouveau. Sullivan was born in Boston on Sept. 3, 1856.

He studied briefly at the Massachusetts Institute of Technology, worked for W. le Baron Jenney, pioneer of the steel skeleton, and attended the Ecole des Beaux-Arts in Paris. His partnership (1881-1895) with the engineer Dankmar Adler in Chicago was his most productive period. The interior of the huge masonry Auditorium Building (1886-1890) was lavished with Sullivanesque ornament. The Wainwright Building (1890), St. Louis, and the Guaranty Building (1894), Buffalo, solved the aesthetic of the tall steel-frame office building by carefully relating dominant vertical lines for maximum visual effect.

The Columbian Exposition of 1893 in Chicago marked the rise of academic classicism, and Sullivan’s success began to wane. His colorful Transportation Building at the fair won little praise.

After the depression of 1893 the partnership with Adler ended, and the uncompromising Sullivan received few new commissions. Yet he built the Carson Pirie, Scott department store (1899- 1904), Chicago, in which clear-out verticals and horizontals contrast with lu sh cast-iron foliage, and a few exquisite Midwestern banks. Sullivan died in poverty in Chicago on April 14, 1924. Later his influence spread, largely through his Kindergarten Chats (1901-1902) and his young assistant Frank Lloyd Wright. Sullivan traced his career up to 1895 in The Autobiography of an Idea (1924). 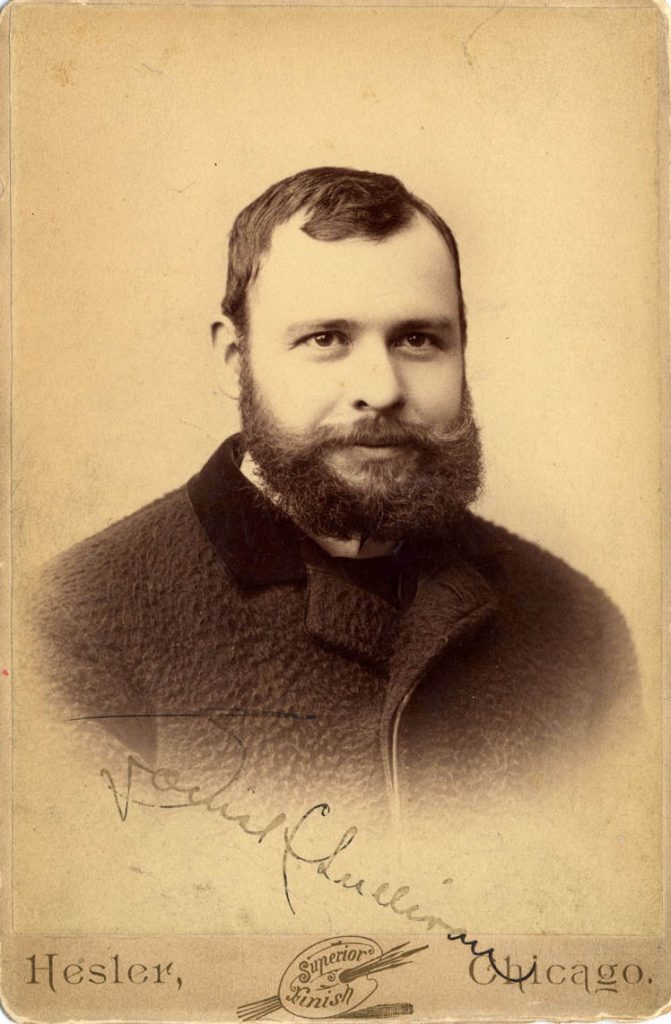 Sullivan’s legacy is contradictory. Some consider him the first modernist. His forward-looking designs clearly anticipate some problems and solutions of modernism; However, its embellished embrace makes its contribution different from the Modern Movement that merged in the 1920s and became known as the “International Style”.

Sullivan’s built work expresses the appeal of his incredible designs: the vertical stripes on the Wainwright Building, the welcome outburst of Art Nouveau hardware at the corner entrance to the Carson Pirie Scott store, the terracotta taps (lost) and the porthole windows in the Union Trust Building, and the white angels of the Bayard Building. Except for a few designs by his former cartoonist George Grant Elmslie, and the occasional tribute to Sullivan such as Schmidt, Garden & Martin’s First National Bank in Pueblo, Colorado (built opposite Adler and Sullivan’s Pueblo Opera House), his style is unique. A visit to the preserved trading floor of the Chicago Stock Exchange, now at the Chicago Institute of Art, is proof of the immediate and visceral power of the ornament he used so selectively.

Sullivan’s original drawings and other archival materials are in the hands of the Ryerson & Burnham Libraries at the Chicago Institute of Art and the drawings and archives department of the Library of Fine Arts and Architecture at Columbia University. Fragments of the Sullivan buildings are also held in many fine art and design museums around the world. 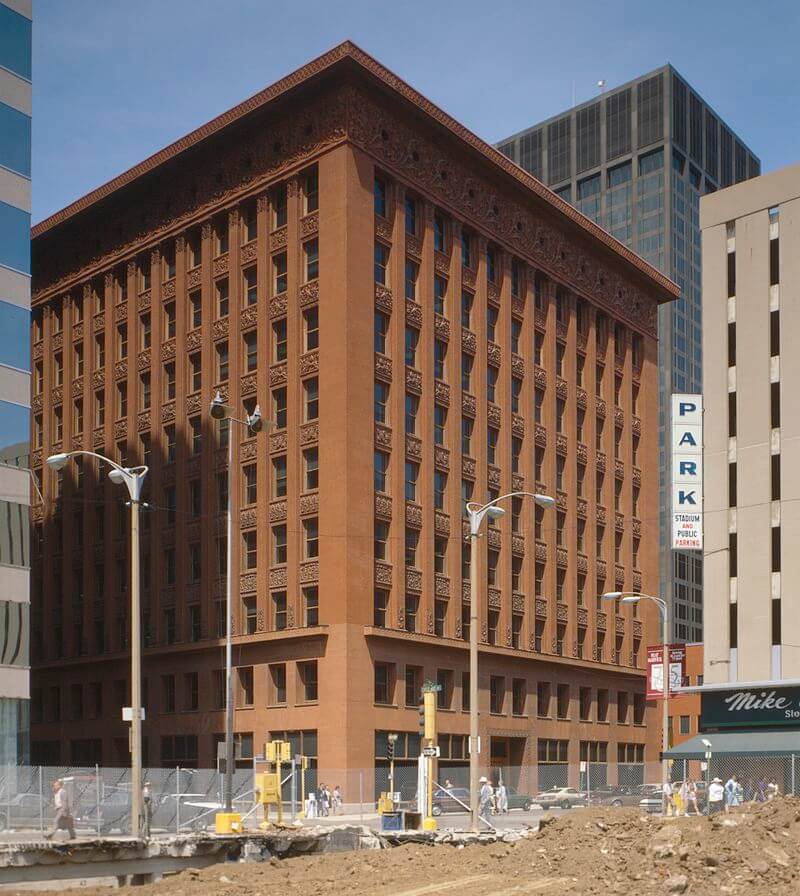 By the end of the first decade of the 20th century, the Sullivan star was on the decline, and for the rest of its life, its production consisted mainly of a series of small banks and commercial buildings in the Midwest. However, a glance at these buildings clearly reveals that Sullivan’s muse had not abandoned him. When a bank manager who was considering hiring him asked Sullivan why they should hire him at a higher cost than bids received for a conventional neoclassical-style building from other architects, Sullivan reportedly replied, “A thousand architects could design those buildings. Only I can design this one. ” He got the job. Today, these commissions are collectively referred to as Sullivan’s “Jewel Boxes”. Everyone still stands.