Austro-Prussian War; a struggle between Austria and Prussia in 1866 for supremacy in Germany. The causes of the war, frequently called tiie Seven Weeks’ War, lay in the 18th century conflicts between the Habsburg empire under Maria Theresa and Prussia under Frederick the Great. Austria maintained its dominant position in the German Confederation of 1815, and a compromise with Prussia was reached. When Bismarck became Prussian prime minister in 1862, he sought to unify Germany under Prussian supremacy, with the exclusion of Austria. 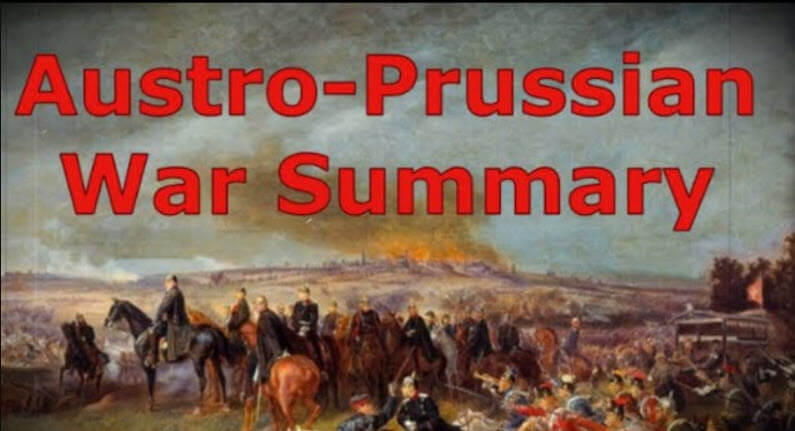 The last incident before open hostilities was a quarrel with Austria over the administration of Holstein. Supported by an alliance with Italy, Prussia started the war by invading Saxony in June 1866. The great majority of German states joined Austria, but most gave only token support. The war was decided by the Prussian victory at Koniggratz (Sadowa) on July 3, when three Prussian armies converged on the battlefield according to the plans of the brilliant chief of staff, Count von Moltke, and defeated the Austrians under General von Benedek.

Even though Austria’s defensive campaign against Italy was successful, it ceded Venetia to Italy in order to concentrate all its forces against Prussia. Nevertheless, by the end of July, Austria had to sue for peace, and on August 24 the definitive Peace of Prague was signed. Bismarck, who saw in defeated Austria a potential ally for the future, did not insist on territorial annexations, although Hannover, Hesse-Kassel, and Frankfurt am Main were incorporated into Prussia. Bismarck had achieved his main objective—Austria’s withdrawal from German affairs. The further unification of Germany was determined in principle by the peace treaty.