James G. Birney (1792-1857), American social reformer, who participated in the antislavery movement and was the presidential candidate of an abolitionist party. Born in Danville, Ky., on Feb. 4, 1792, of an aristocratic slave-owning family, he early attained distinction as a lawyer and politician in Huntsville, Ala. Following conversion from the Episcopalian to the Presbyterian faith in 1826, he became concerned about slavery, and in time freed his own slaves.

Birney at first endorsed colonization, believing that Negroes transported to Africa would demonstrate their abilities and thereby inspire slave owners to emancipate their slaves. In 1832 he became an agent for the American Colonization Society, but he was able to achieve little and lost faith in the idea of colonization. 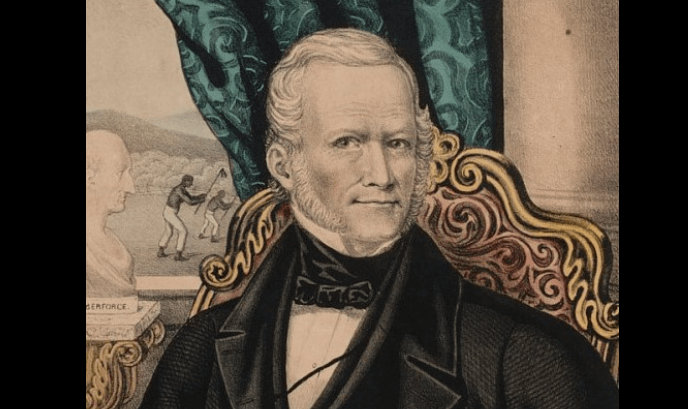 Birney moved back to Kentucky in 1833, hoping to organize a moderate antislavery society there. However, his Letter to the Churches . . . on.. . the Duty of Immediate Emancipation (1834) antagonized his neighbors. Despairing of converting the South, he moved in 1835 to Cincinnati, where he published The Philanthropist, an abolitionist journal, and in 1836 to New York, where he served as secretary for the American Anti-Slavery Society.

Birney agreed with other abolitionists that theirs was a moral and religious cause. His most famous pamphlet was The American Churches the Bulwarks of American Slavery (1840). Nevertheless, he increasingly thought it necessary to influence public affairs directly. In 1839 his Letter on the Political Obligations of Abolitionists advocated support for antislavery candidates. The next year “political abolitionists” proposed Birney as their Liberty party standard-bearer. He received only 7,053 votes nationally, but he continued to symbolize the cause. The party’s candidate again in 1844, Birney won 62,197 votes, but his showing in New York State resulted in the defeat of Henry Clay for the presidency. The election established antislavery as a political issue.

Birney settled in Michigan in 1841, and four years later he retired because of illness. In 1852, discouraged over the future of abolition, he once more urged Negroes to emigrate to Liberia. He died in Eagleswood, N. J., on Nov. 25, 1857.