What are the functions of rib cage? How many bones are there in rib? Information about the structure of rib cage. 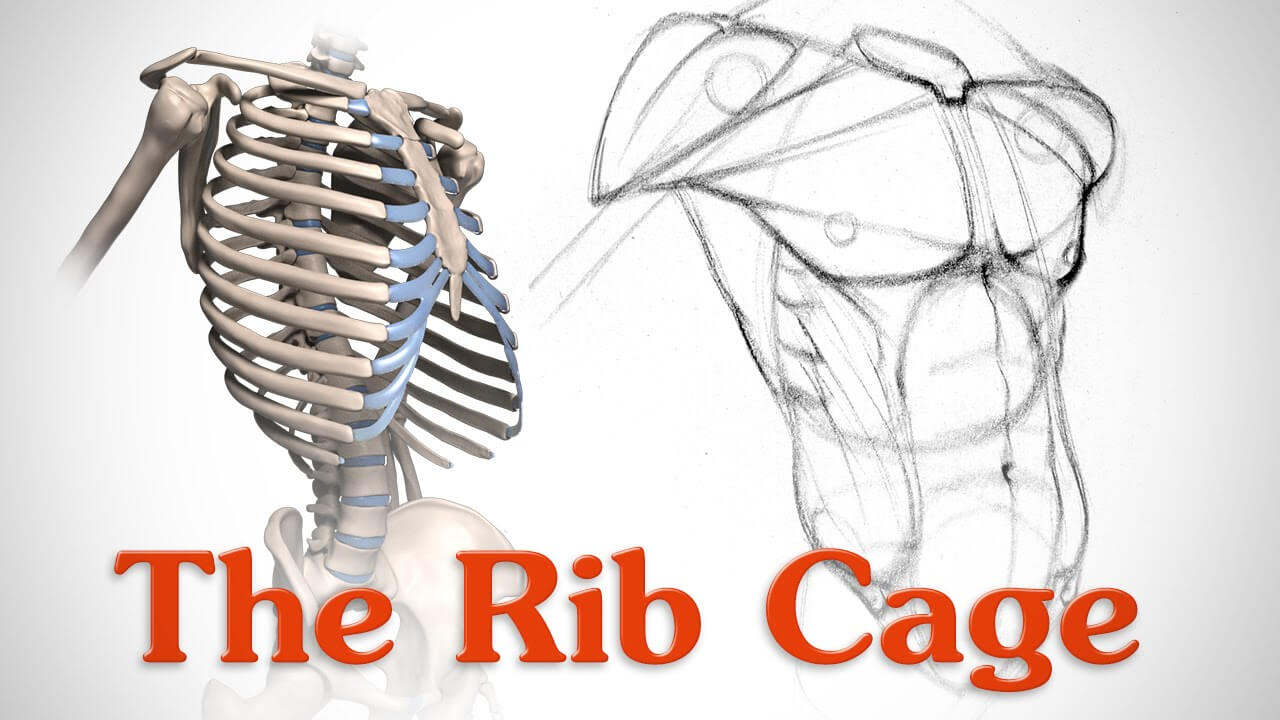 Rib; one of the 24 flat bones, 12 on either side of the human body, that encircle the chest to form the parallel bars of the chest cage. Their main functions are to provide mechanical protection and support for the lungs and heart, and to assist the diaphragm in inflating and deflating the lungs during breathing. Additionally, the ribs provide a broad base of attachment for the muscles of the shoulder girdle and the abdominal wall.

During inspiration, the ribs flare apart. This motion, combined with the movement of the diaphragm, causes the chest cavity to enlarge like a bellows, expanding the lungs and drawing in air through the nozzle of the nose and throat. Lateral and forward chest expansion (“chest breathing”) results when inspiratory nerve centers in the brain stem transmit signals along nerve pathways to the intercostal muscles, which respond by contracting and increasing the distance between ribs. After inspiration, other intercostal muscles draw the ribs together again, narrowing the chest cage and expelling the breath.

The rib head is jointed to the vertebral column; the rib shaft curves around to the front of the chest, slanting downward and forward. At the front of the chest, the upper 7 pairs of ribs, called true ribs, are jointed by cartilage to the breastbone. The 8th, 9th, and 10th pairs, called false ribs, end by joining the cartilage of the 7th ribs. The 11th and 12th pairs end freely, without making connection in front, and are called floating ribs. 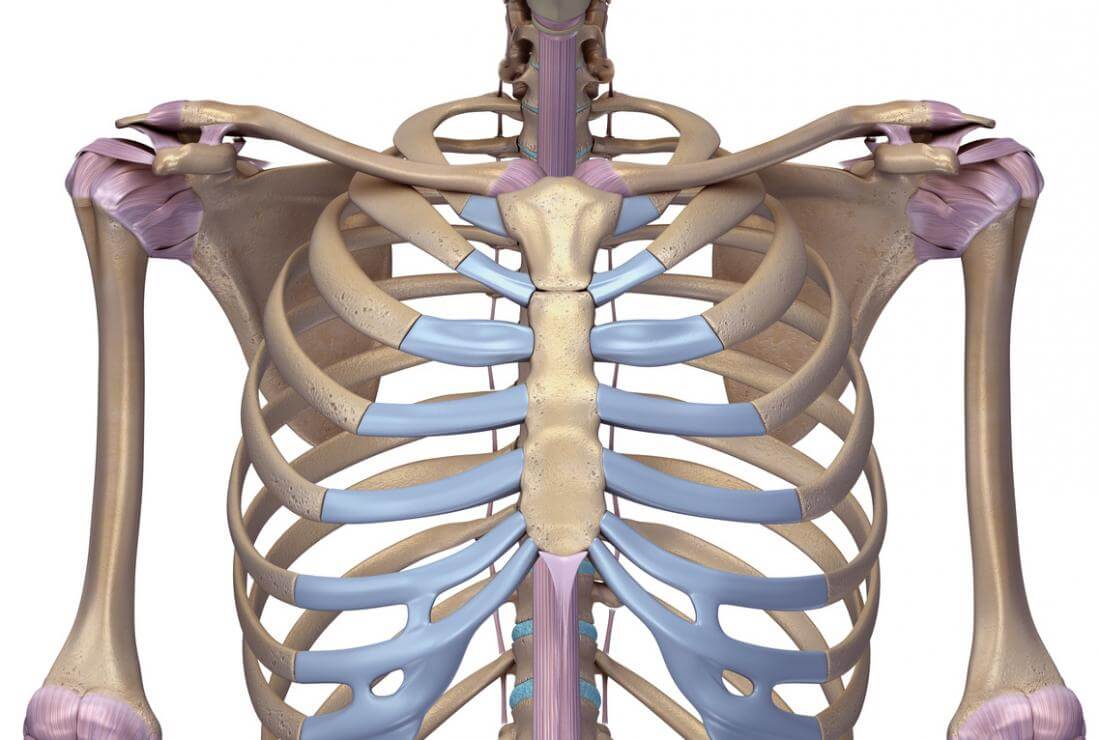 The outer surface of all ribs can be felt below the skin, with the exception of the first pair, which are sheltered by the collarbones. The inner surface is grooved to carry an intercostal nerve, artery, and vein.

Rib marrow forms a principal part of the body’s blood-building apparatus, containing young blood cells which divide, mature, and are released into the blood stream. Thus rib marrow is red, unlike the marrow of the long bones of the arms and legs, which is composed of yellow fat.

Any systemic disease of the bones, such as rickets or osteoporosis, may affect the ribs. The flexibility of the chest cage is reduced in emphysema, a relatively common chronic lung condition of older age, which causes the ribs to remain fixed in a thrust-forward position and form a round rigid “barrel” chest. In chest surgery, a section of one or more ribs may be removed to give the surgeon adequate access to internal organs. For severe tuberculous cavitation of the lungs, surgical resection of several ribs collapses the affected lung area, closing the cavities and allowing the tuberculous focus to heal.

Ribs are relatively resistant to fracture because their curvature gives them resilience to blows. Nevertheless, fractures are not unusual, because of the large surface of the chest. Treatment is usually rest in bed with a firm supportive bandage called a cingulum, which decreases pain and promotes healing by reducing rib motion in breathing. Occasionally extra ribs are found in the neck or abdominal region. A neck rib may interfere with the circulation of the blood in the arm. 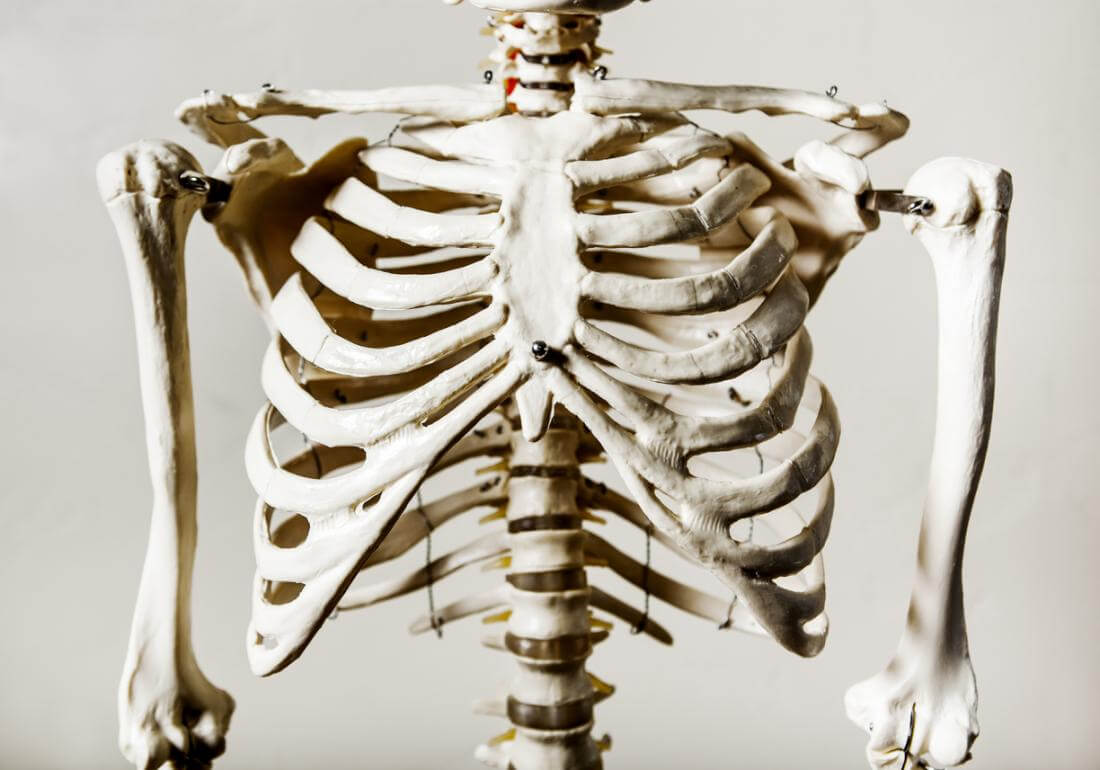 In mammals other than man, the number of rib pairs is usually larger than 12, providing protection for the abdomen as well as the chest in some species. The snake uses ribs for locomotion ; they grip the ground and shove the body forward.