EROTICA, are literary or artistic works of a predominantly libidinous nature. The distinetion between erotiea and pomography rests on the manifest intention of the work rather than on the explicitness of the subject matter.

The early Greek arts represented mainly aggressive sexuality, such as the rape of virgins by gods. In the classic period amatory relations took on a more peaceful look. The love poetry of Sappho (6th century b. c. ) suggests an intensely personal experience. Generally, however, love is depicted in Greek tragedy as a ruinous madness; in comedy, as mainly bawdy and senseless. In the 4th century b. c., with Praxiteles’ Cnidian Aphrodite, the love goddess first appeared nude. Later she was often shown as a courtesan. Love was not depicted romantically until Hellenistic times. 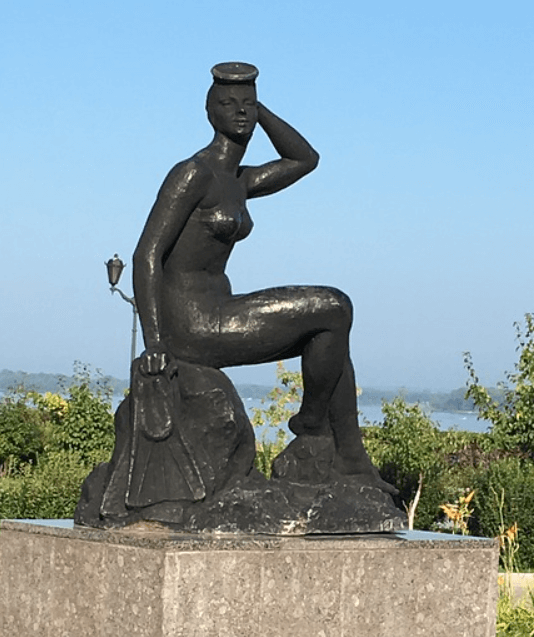 With the rise of Christianity there was a strengthening of moral sanctions. Even so, medieval love poetry is deeply sensual, and medieval art is often bawdy. However, from the 12th through much of the 19th century, the literature of love was strongly motivated by a Platonic tendency to refine the fleshly experience into something uniquely spiritual. It is this tendeney coupled with the idealization of the beloved that gives romantic love its special character. In this respect the exquisite love songs of Petrarch (13041374) furnished a model for centuries.

Along with these idealistic tendencies, the Middle Ages and the Renaissance developed a tradition of “realistic” literature and art. The eroticism of such courtly works as the Lancelot (12th century) by Chretien de Troyes and The Romance of the Rose (13th century) by Guillaume de Lorris and Jean de Meung was refined by means of casuistry and allegory. On a more obviouş level were the rhymed fabliaux, such as The Miller’s Tale in Chaucer’s Canterbury Tales (about 1390). To this realistic tradition belong also the prose novelle of Boccaccio’s Decameron (about 1350) and Rabelais’ Pantagruel (1532-1552). Another sort of realism is the strain of half sensual, halfideal love celebrated in Boccaccio’s Filostrato (before 1340) and its English counterpart, Chaucer’s Troilus and Cressida (about 1385).

The Restoration in England was more openly licentious than the Renaissance, but both the literature and the art of the time are characterized by a gallantry and a self conscious wit that is very far from passion. The bloodless libertinism of Restoration comedy is bawdy and often boisterous, but it has a strain of classic irony that prevents even so provocative a play as Wycherley’s The Country Wife (1675) from seeming more than a jeu d’esprit.

Less bizarre tendencies were developed during the romantic era. There is a healthy sensuality in the poetry of Keats and Byron. But in the later phases of romanticism, as in the Poems (1870) of Rossetti, may be seen the germs of the decadent spirit associated with Oscar Wilde’s Salome (1893) and the prurient illustrations of Aubrey Beardsley.

In the late 19th century the idea that love is a spiritual longing was progressively disparaged, and the Petrarchan tradition ended. The psychic discomfort of the French symbolists brought about the development of a complex eroticism, exemplified by such poetry as Mallarme L’Apresmidi d’un faune (1876). From such works of introspection stem the Freudian fantasies of surrealism, and, by way of reaction, the brutal eroticism of such modern novels as Henry Miller’s Tropic of Cancer (1934). The renewed emphasis on the purely carnal aspects of sexuality and the development of works of explicitly fleshly character, such as the grim caricatures of George Grosz and Picasso and the erotic films of such direetors as Federico Fellini, illustrate the desperate sensuality of the latter half of the 20th century.