You may have heard about Sodium Lauryl sulfate (sodium lauryl sulfate and its derivatives) and, most likely, you have used it, since it is present in most shampoos, gels and soaps that can be found in the supermarket.

In this Green Ecology article we tell you what Sodium Laureth Sulfate is and what it affects, since there are important debates about its dangers and possible solutions to stop using it.

Sodium lauryl sulfate is a detergent product that acts as a foaming agent; that is to say, it is the substance that is integrated into the hygiene and beauty products to make foam when in contact with water. It is found in a large number of products for personal hygiene, approximately in 9 out of ten, especially in those of low cost that we can find in the common shops. It is often used because it is cheap and effective. However, many associations have warned of their dangers for years, for the environment and health, as well as their supposed carcinogenic effects. 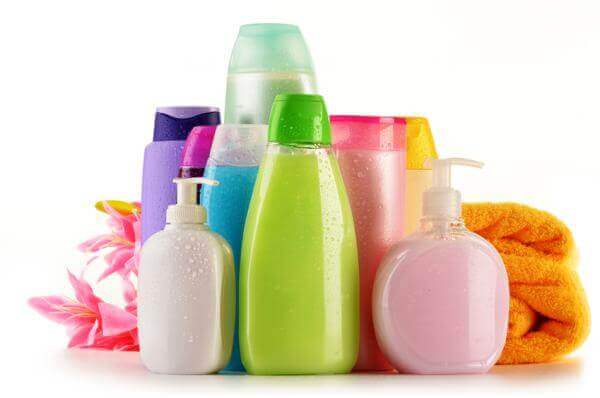 Actually, there are two variants: Sodium Lauryl Sulfate (Sodium Lauryl Sulfate or SLS) and Sodium Laureth Sulfate (Sodium Laureth Sulfate or SLES). The latter, began to incorporate more often to the products to have substances less abrasive to the skin. However, although both come from the coconut, the final solution resulting from the processes to which it is subjected is artificially chemical. This process causes these compounds to end up being harmful to our health and also to the environment, as we will see below.

Especially Lauryl Sulfate has abrasive properties for the skin. It is a very good degreaser to remove the fat that accumulates in the body, but also destroys the natural lipids that our skin generates to defend itself naturally, so it is a substance that is irritating to human skin. Thus, many of the problems of dry skin, irritation of the scalp and dandruff are caused by the continued use of products with this compound.

In addition, various ecological and health organizations have classified it as harmful to some vital organs. It is said that, by containing such small molecules, they easily penetrate the blood through the skin and mucous membranes; for example, by having contact with the eyes, which may be harmful to the vital organs. However, the American Food and Drug Administration does not accept this risk, due to its low concentration rates, even more so if it is properly clarified after lathering.

The so-called Sodium Laureth sulfate, although less abrasive, may contain substances that have been identified as carcinogenic. Also, on this point there is a controversy between organizations of various kinds, for the low content of dioxyl that would form the carcinogenic substance.

Many people are afraid of these health risks, in addition to denouncing the havoc caused by the continued use of this product in the environment. There is growing concern about this issue. However, why is it so present in cleaning products, even in well-known and prestigious brands? The truth is that this product is not illegal, and, as we have said, its use by the US Food and Drug Administration is accepted, although the reactions they cause can be very harmful to the environment and can even contribute to the destruction of lipids of our skin and hair, leaving it dry in the long run and irritated. Consumer advocacy groups, while not recommending their total ban, suggest using products that contain SLS with caution

If you are someone who cares about the possible health risks that the SLS can cause and you have proposed to start using natural products better for your health and to minimize your ecological or environmental footprint, there are many other alternatives. As a general recommendation, it is not positive to use this product on the skin of children, if it is used, it should be rinsed very well and, if you want to avoid, it is as simple as paying a little attention to the labels of the product that we are going to buy . Possibly, if you go to your bathroom now and read the ingredients list of the toothpaste, regular shampoo and hand soap, you will find the words Sodium Laureth Sulfate at the top of the list. Being so cheap and not being illegal, it is used very frequently.

To do this, look for shampoos or gels made with essential oils (for example, Castilla soap), or some that contain quinoa. In general, they are more expensive and do not make as much foam, but they wash skin and hair in a much more natural way and are more effective in the long run. There are also alternatives based on a similar compound that is not associated with the formation of the carcinogenic substance and is known as sodium coconut sulfate. Today, this concern has led brands to offer shampoos and hygiene products free of this sulfate, such as the Aveda Smooth Infusion Shampoo or the Essentials HairCare Line products. Internet can be ordered free of SLS and SLES products, although they are also in natural stores or in some specialized stores.