Thomas was born in Wolcott, Conn., on Aug. 19, 1785. After very little formal education he was apprenticed to a carpenter. In 1807 he formed a company with Silas Hoadley and Eli Terry, a former peddler who was fascinated with Eli Whitney’s idea of interchangeable parts for machines. In three years they produced 4,000 clocks in their water-powered factory in Plymouth, Conn. 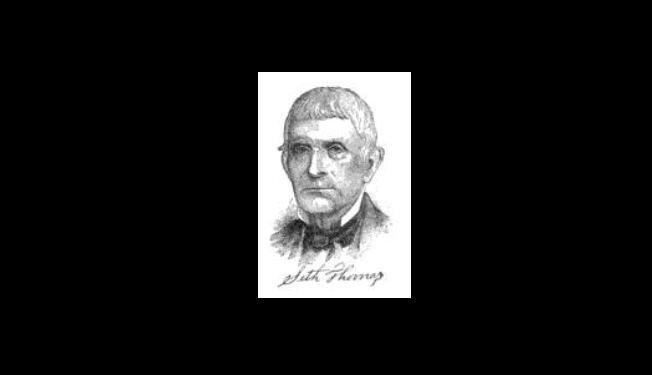 In 1812, Thomas set up his own factory in Plymouth Hollow (now Thomaston). In 1814, for $1,000, he bought the rights for manufacturing Terry’s “perfected shelf clock,” a 30-hour clock with wooden works that became the most popular clock of the era. It sold at first for $15, but the price was reduced to $5 through increased efficiency and sales. In 1838, Thomas began to use brass clock movements. In 1853 he established the Seth Thomas Clock Co., capitalized at $75,000. He died in Plymouth on Jan. 29 1859.

His son Seth, Jr. (1816-1888) increased the scope of the business to include a wide variety of timepieces and an international market. The firm provides a classic example of the New England family business.