Information on the Greek God Pan, myth, story and facts. The role of Pan in the Greek Mythology.

Pan; The Greek worshippers of this goat-horned, goat-legged god were none too certain whether he was a single deity or a group of deities. Legend makes Pan the son of Hermes, and the favourite of Dionysus, the fertiliry god. His birthplace was Arcadia, the pastoral state in the centre of the Peloponnese. Pan played on the syrinx and haunted caves and lonely rural places. He was playful and energetic, but irritable, especially if disturbed during his siesta. He could inspire fear, a sudden groundless fright, in both men and animals. By blowing on a conch shell he created panic when Zeus led the godsagainst Kronos and the Titans. Like other Olympians, he enjoyed chasing nymphs, and especially Echo. 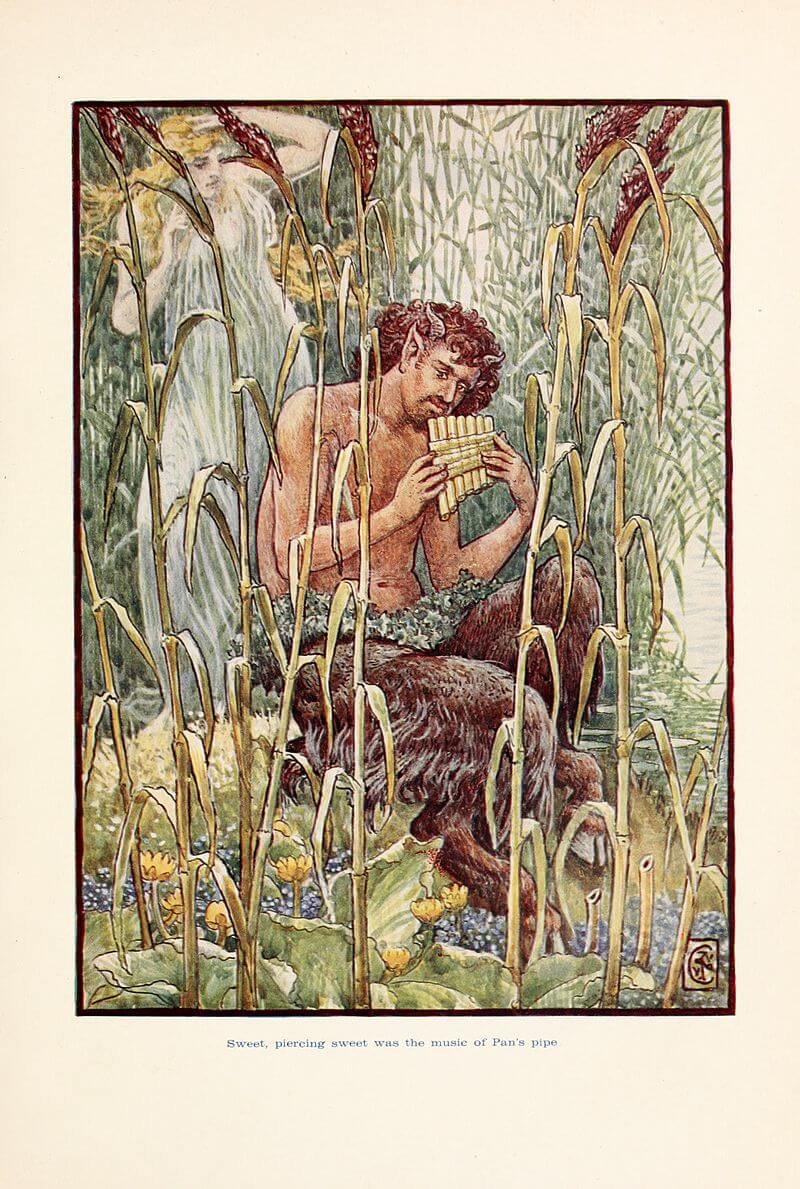 The death of Pan was reported during the reign of the Roman Emperor Triberius (AD 14-37). A ship sailing from Greece to Italy was becalmed off the island of Paxos. Suddenly a voice from the shore three times cried, ‘Tammuz!’ The pilot, whose name was Tammuz, answered, and the voice said, ‘Tell them that great Pan is dead.’ When the vessel drifted shoreward elsewhere, the pilot shouted that the god was dead, whereupon arose the sound of great weeping.

On arriving in Italy the pilot was summoned by the Emperor, and scholars called in to interpret the event decided that the Pan in question was not the god but a demon of the same name. In all probability the mariners were privy to a ceremonial larnent for Adonis, or even the Babylonian Tammuz. Early Christians took comfort from the story, believing that it marked the beginning of the end of the pagan era.