Dyspnea; is the sensation that occurs when a person experiences difficulty in breathing. A person suffering dyspnea often complains that he is out of breath or that he cannot get enough air. Dyspnea is often a sign of a serious underlying disease. It is a particularly distressing symptom because of the emotional impact produced when a person feels that vital function of breathing is somehow in jeopardy. 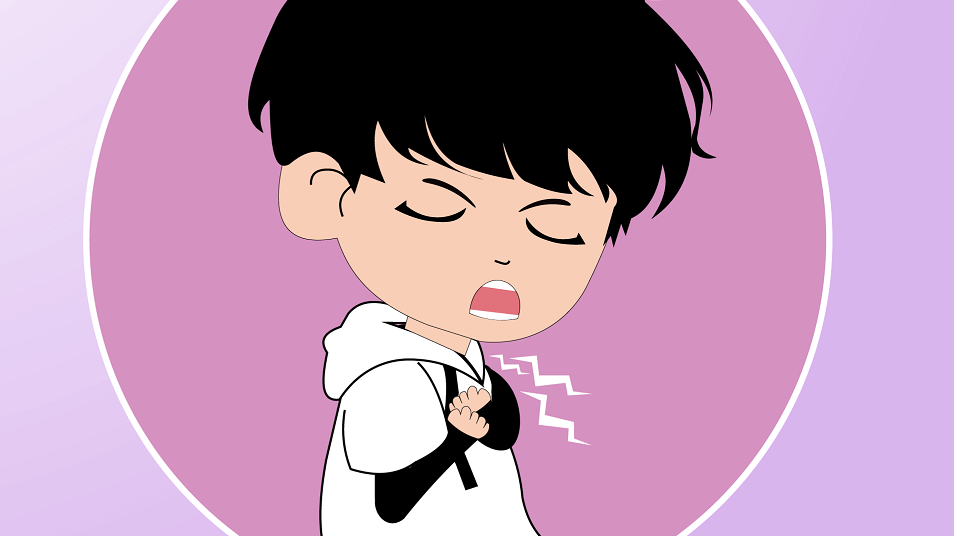 Under some circumstances dyspnea may occur normally. This type, known as physiologic dyspnea, occurs in normal people who have exercised too strenuously. The amount of activity required to produce dyspnea varies greatly, from the severe exertion required of a conditioned athlete to the relatively minor activities performed by elderly or obese people who are in poor physical condition.

There are four basic respiratory factors that may be involved in the onset of dyspnea. One factor is an inadequate supply of oxygen, which may be due to a reduced amount of oxygen in the air or to an obstruction in one of the air passages to the lungs. Dyspnea may also be induced by an impairment in the distribution of inhaled air throughout a large portion of the lung so that the normal oxygenation of the blood cannot be fully accomplished. An impairment in the diffusion of oxygen through the lung membrane into the blood may also result in dyspnea. This type of impairment may be due to abnormalities in the lung membrane or to a reduction in the amount of blood flowing through the lung tissue. Lastiy, dyspnea may result from defects in the movement of the chest wall or in the flexibility of the lung itself so that the ventilatory function of the lung is reduced.

Any of these four factors may upset the normal concentrations of oxygen and carbon dioxide in the blood. Once the concentration of oxygen falls too low or that of carbon dioxide rises too high, the brain’s respiratory centers are stimulated and they, in turn, produce an increase in both the rate and depth of breathing. This increase leads to dyspnea.

However, there are physiological factors other than these four respiratory conditions that may lead to changes in respiration. Prominent among these factors are changes in the acidity of the blood, which may be due to metabolic abnormalities such as those occurring in kidney disease and diabetes mellitus.