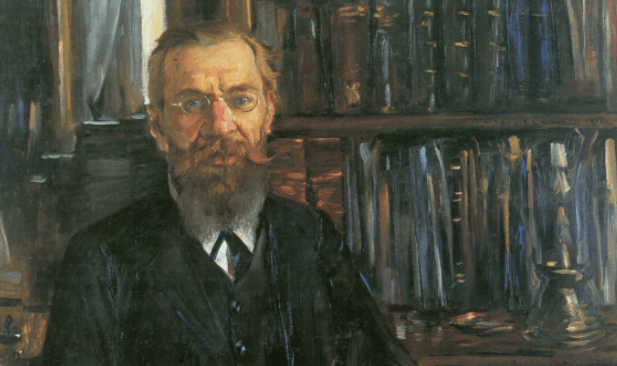 Eduard Meyer; German historian : b. Hamburg, Germany, Jan. 25, 1855; d. Berlin, Aug. 31, 1930. Meyer early became interested in ancient history, and had acquired a thorough background in Greek, Latin, Hebrew, and Arabic before he entered the university at Bonn when he was 17. After a year there he went to Leipzig, where he studied Egyptian and wrote his doctoral thesis on the Egyptian god Set-Typhon (1875). He spent a year as tutor in an English family in Constantinople (Istanbul), where he began his Geschichte Troas (1877). In 1879 he went to the University of Leipzig as lecturer ; in 1885 he became professor of ancient history at Breslau; in 1889 at Halle; and in 1902 at Berlin, where he remained until his retirement in 1923.

Meyer had a particularly strong background in Egyptology, and his Geschichte des alten Aegyptens (1887) was the first detailed, integrated history of Egypt published. His particular interests were in the fields of economic history and religion. A universal historian in a day when it was still possible for one individual to control all the available material in an area extending from the Mediterranean to the Iranian Plateau, Meyer is known especially for his Geschichte des Altertums, first published in five volumes between 1884 and 1902, which has the unity of antiquity as its integrating theme. Because of the wealth of new archaeological material being discovered, Meyer began to revise this work in 1907 and continued revisions for the rest of his life. After his death revisions were continued by Hans Erich Stier.