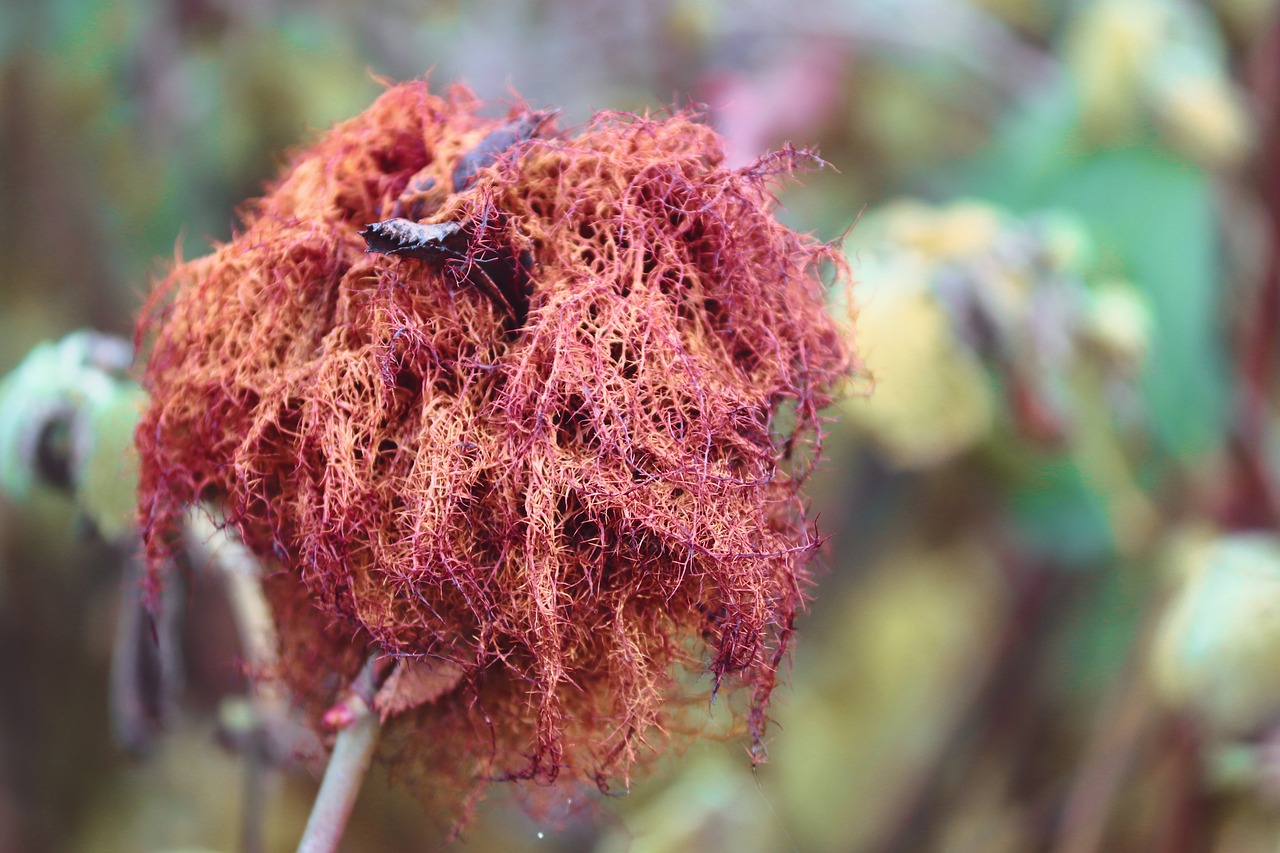 The very small, mostly black wasps that pass the grub stage of their lives inside the leaves, buds, shoots and even the roots ofplants are called gall wasps. Wherever the grub happens to be it causes the living tissue, or “flesh”, of the plant to form a kind of swelling called a gall. The grub is found inside this gall,and each kind of wasp has its own special kind of gall. One of the gall wasps that live on oak trees causes a swelling that is just like a hard, round marble, while other kinds make little galls in the shape of buttons on the undersides of oak leaves. Another makes the familiar “robin’s pincushion”, properly called a bedeguar, on the wild roses of the English countryside. This kind looks just like a tangle of red wool or red moss.

Gall wasps often have two broods in one year, but the wasps of each brood are sometimes so different that it is hard to see that they belong to the same species, or kind, of insect. For example, in one species wingless females spend the winter in galls on the roots of oak trees and then climb up the tree and lay their eggs in the buds. Here the grubs cause the growth of the well-known “oak apples” from which, in July, both male and female wasps appear.  Some of these females have four wings, like the males, and they lay their eggs in the roots of the oak, where another brood of wingless females will again appear in the following spring.

Although the grubs of the gall wasps feed on living plants, they seldom cause any serious damage. In fact, man has even found a use for some kinds of galls. One in particular is gathered in parts of Europe to provide a dye, or colouring matter, which is used in leather making.

In spite of its being so well protected inside its gall, the grub of the gall wasp has many insect enemies, especially other small wasps that man-age to lay their eggs in it and use it as food for their own young.