Thomas Moore; Irish national poet: b. Dublin, Ireland, May 28, 1779; d. Devizes, Wiltshire, England, Feb. 26, 1852. He graduated from Trinity College, Dublin, in 1799, and went to London, where he entered the Middle Temple, expecting to follow a legal career. Exceptionally talented in his command of classical Greek, in 1800 he published a translation of the Odes of Anacreon. This was his first introduction to the London world of letters and was an immediate success. His brilliant conversational powers together with his poetical and musical gifts soon made him a favorite in fashionable society. In 1803 he was appointed registrar of the admiralty court at Bermuda; but after spending a few months there, he was appointed a deputy and left for a tour of the United States, where, at Norfolk, Va., he met President Thomas Jefferson. After visiting Canada he returned to England.

In 1806 Moore published Epistles, Odes and Other Poems, a volume which was so roughly handled by the critic Lord Jeffrey (Francis Jeffrey) in the Edinburgh Review that Moore challenged him to a duel. The police appeared and put an end to the affair. Explanations followed, and the men became close friends. In consequence of a rumor that the pistols were not loaded, Byron wrote a fierce satire which caused Moore to send a challenge to him. Mutual friends interfered and a friendship was formed which lasted for life. 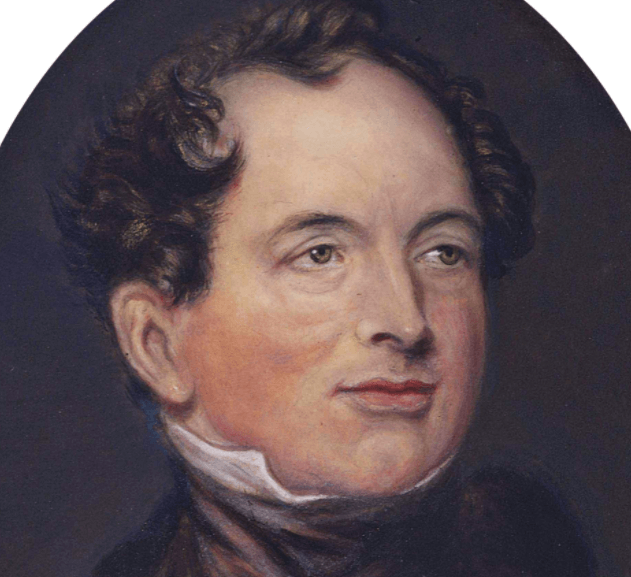 In 1811 Moore married the young Irish actress Bessie Dyke, to whom he was deeply devoted throughout a long and happy marriage. They lived at Kegworth in Leicestershire for some time, and moved to Mayfield Cottage, Ashbourne, Derbyshire, in 1813. His literary credit was now so. high that Longmans, the publishers, signed a contract to pay £3,000 for the yet unwritten Lalla Rookh. This poem was published in 1817 and brought him worldwide fame, going through many editions and being translated into many European languages. Returning from a short tour of the Continent, he went to live at Sloperton Cottage, Devizes, which remained his home until his death in 1852. His grave is in neighboring Bromham.

By the defalcation of his deputy in Bermuda, Moore was rendered liable for a debt of £6,000, which was afterward reduced to £1,000. In order to avoid the debtor’s prison he was obliged to go abroad. He traveled on the Continent with friends, visited Byron in Italy in October 1819, and for three years lived in Paris, where his family joined him in 1820. Having cleared off the debt by his writings, he returned to England in 1823. That year he published Rhymes on the Road, Fables for the Holy Alliance (he excelled in satirical verse) and The Loves of the Angels, and renewed his arrangements with James Powers, the music publisher, for the continued publication of the Irish Melodies. These appeared in series from 1807 to 1834 and established him as the national lyricist of Ireland (see Irish Literature in the English Language—Poetry: 19th Century Poets). Many of the numbers, such as “The Last Rose of Summer” and “Those Evening Bells,” are generally familiar. His National Airs (1815) included “Oft in the Stilly Night” and the Sacred Songs (1816), “Sound the Loud Timbrel.” In 1825 appeared his Life of Sheridan and The Memoirs of Captain Rock.

The Life of Byron (full title, The Letters and Journals of Lord Byron, with Notices of his Life), which Thomas Babington Macaulay characterized as “deserving to be classed amongst the best specimens of English prose which any age had provided,” was published in 1830, and remains the most authoritative life of Byron. Byron had given Moore his memoirs in 1819 to be sold for publication after his death. Moore sold them to the publisher John Murray in 1821, but at the insistence of Byron’s literary executor and close friends, bought them back and burned them.

Moore’s last literary works were The History of Ireland in four volumes (1835-1846) and the collection of his poetical works in 10 volumes. His later years were saddened by domestic grief, his five children all dying before him. In his old age his health and memory failed, following a seizure. His diary and correspondence, edited by Lord John Russell, were published in eight volumes (1853-56) as Memoirs, Journal and Correspondence of Thomas Moore.